Number Two on the Meeple Like Us Ten Top Best Board Games 2017 Edition!

Well done to you, number two! You know, we started off this list with the framing conceit of a party and somehow managed to end up at the Olympics. Writing is a funny old game. I guess I could go back and edit it all to be consistent but would you have even noticed if I hadn’t brought it up? I guess we’ll never know, but what I do know is that we’ve been talking for a while now and managed to discuss everything except the silver medal you just earned. You did well, Number Two. You’ve got greatness in your bones. Second place in achievement, but a gold medallist in sheer unbridled moxie.

That’s… that’s not actually normal, is it?

Concordia may not have the most exciting theme, and it won’t win any awards for its aesthetics. As a game though it is as frictionless as ice and as luxurious and soothing as a warm caramel enema. Let it fill your nooks and crannies. 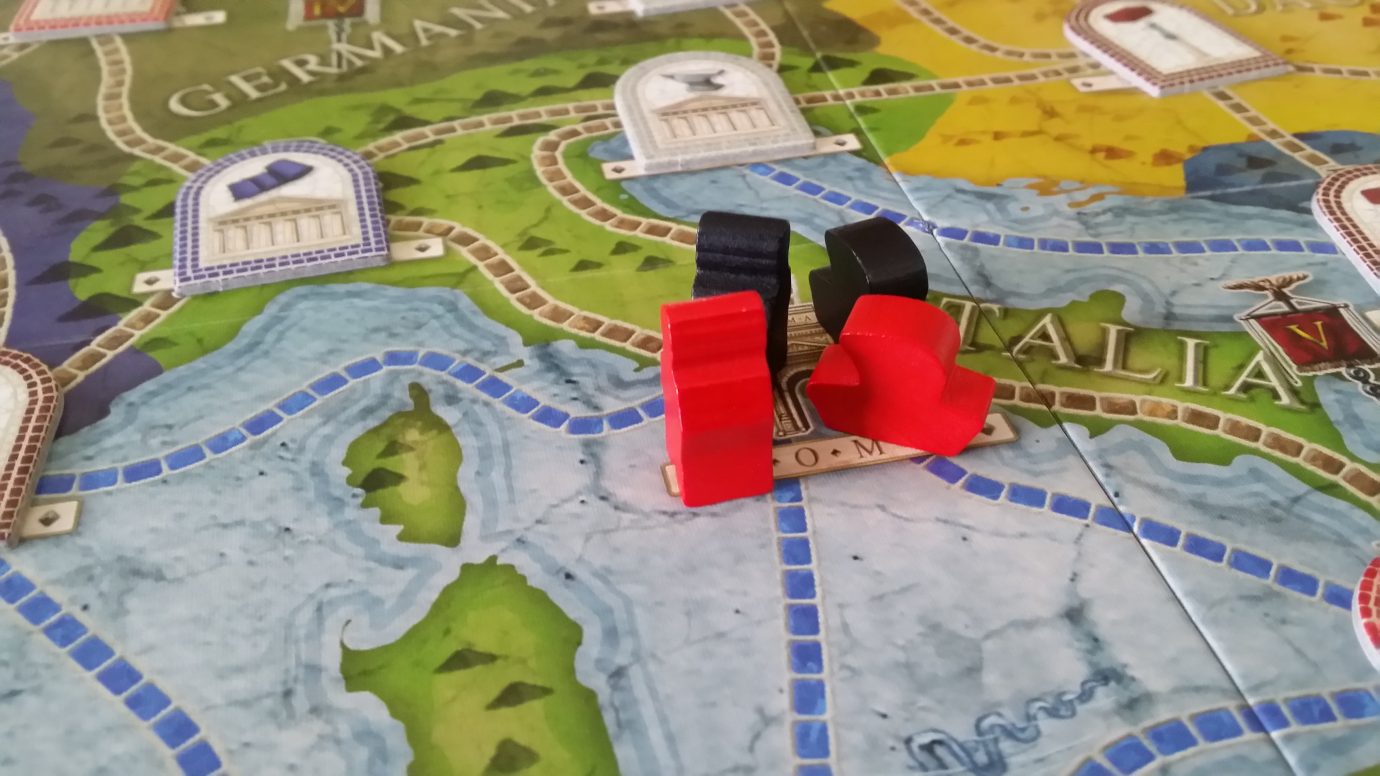 Pauline: Concordia really is a fantastic game, and I love it. It’s a little strange it’s so high on your list though when so many of my favourites aren’t on here at all. I don’t know why you don’t love engine builder games the same way I do.

Michael: Because I’m a man. When I build engines they should go into cars. For power and speed. And manliness.

Pauline: What kind of car do you have right now?

Michael: A blue one.

Pauline: What kind of engine does it have?

Michael: A… blue one?

Splendor was one of the first games that we got, and I’m still obsessed with it. I have the app and I still play it on a regular basis. I’ve played the app so many times I worry about what I’ve done to the sectors of my phone’s memory where it’s stored. They must be worn pretty thin by now. I’ve got even my parents playing Splendor, albeit sometimes only at gunpoint.

It’s a very elegant game. It’s a very straightforward game. But most importantly it’s just really, really satisfying to lay down a whole pile of gem mines and start lifting cards for free from all over the marketplace. Splendor appeals to those bits of my brain that make me keen on computer programming because it’s all about plotting the most efficient solution to grab the most lucrative opportunities. It has maybe been getting a little samey of late but now we have the expansion and that mixes everything up again in a very pleasant way. I’ll be doing a review of that at some point. In the meantime, I’m especially keen on the Strongholds and the Orient modules. Both add a nice twist to everything and it ends up being very invigorating. The expansion modules all add a little bit more but none of them take away from the cleverness of the core game dynamics.

I play this with a laser focus – it’s a very zen experience to play Splendor. I play to win though, so I expect anyone sitting down with me to bring their A game, backed up with their B game. It wouldn’t hurt to have your C game in your back pocket too just in case things get a little competitive. Michael: Splendor is definitely well named – this is another game that we have played a ridiculous number of times but I haven’t yet had to get a note from a doctor. Pauline tends to win most of the games that we play, but her win ratio in Splendor is something genuinely alarming.

Pauline: It’s because I set myself a goal and stick to it.

Michael: It’s also because you get so intense when playing this that I am sometimes afraid to take cards I think you might want.

Pauline: Fear has a powerful property of self-preservation. Go with your instincts.