Number Seven on the Meeple Like Us Ten Top Best Board Games 2017 Edition!

Lucky number seven! Come on in – it’s been simply ages since we last saw you. How are the kids? Good, good. And the other half? Hasn’t left you yet, ha ha? Oh, I’m so sorry. I hadn’t heard. Uh. Let me get you a drink. I’m really glad you could make it – we’ve been making do with these inferior hobbledy-hoys so far. We’ve basically just been killing time until you got here.

Blimey, I have never encountered a game before that made such a powerfully positive first impression on me. Innovation gives you a generous deck of cards and bids you to build an empire with them. As it does it whispers gently in your ear that your civilization would be doing so much better if you could just destroy every other sign of progress you could see. ‘Everything the light touches’, it promises in sweet, unguent tones, ‘could be your kingdom’. Its design is so sharp that even the edges of the cards can draw blood. It’s quick paced, incredibly clever, and as pointed as a barbecue fork. 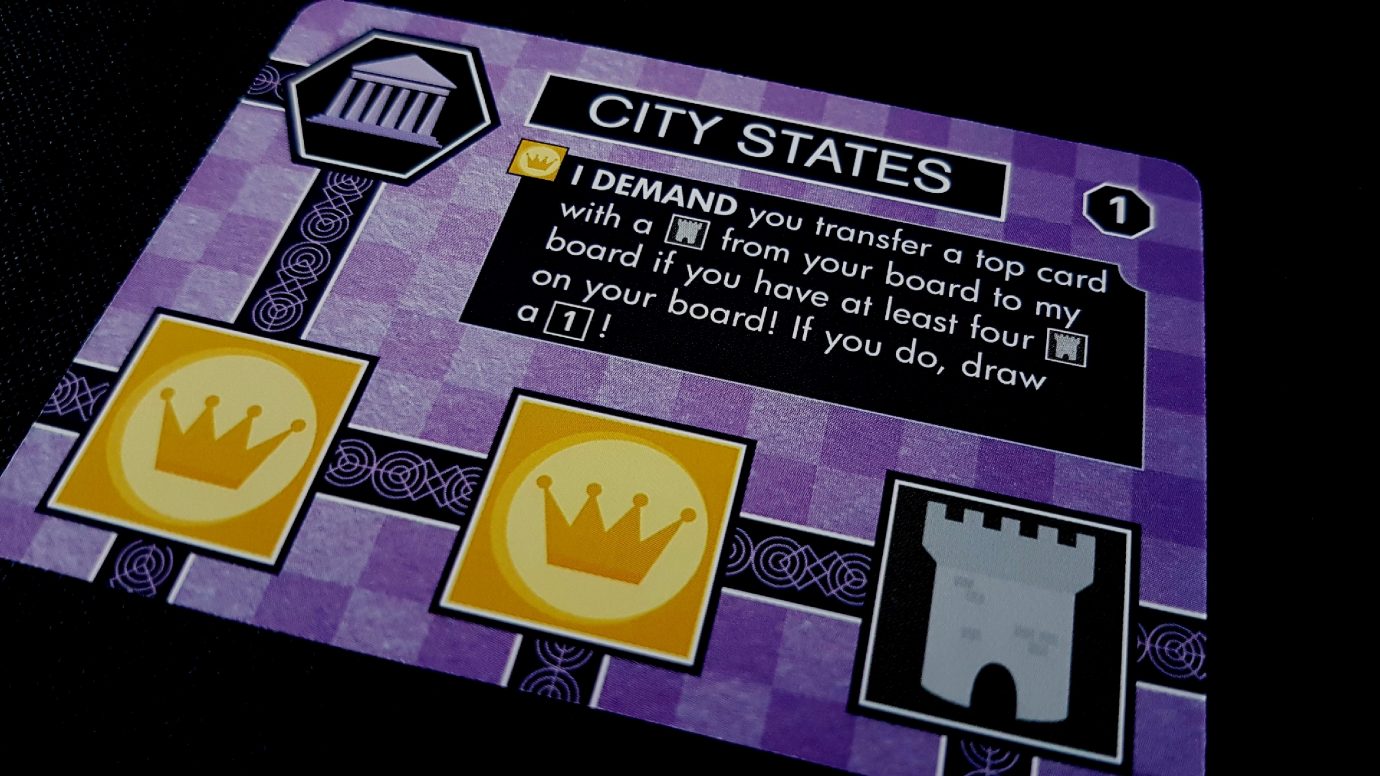 Pauline: Innovation is a fantastic game, and I think the only reason you don’t have it higher is that you always get roundly trounced by me.

Michael: I bear emotional scars that will never fully heal.

Pauline: Have you even won a single game that we’ve played?

Michael: I don’t subscribe to your traditional Eurocentric concepts of ‘winning’, and ‘losing’. Society is complex, and geopolitics even more so. I think we do ourselves an injustice if we think of the mark of progress in strictly binary terms, or evaluate it according to the strict utilitarianism of Darwinian natural selection.

Pauline: So, no then.

This is the only app driven game that has made my list. I know lots of people don’t like digitally enabled boardgames but I think the app is something that makes One Night Ultimate Werewolf genuinely great. It’s like having your own electronic referee. Everyone gets take part whereas in games like Ultimate Werewolf you need a moderator that doesn’t actually get to participate. The app takes away the chore of bookkeeping and instead lets everyone focus on having fun. Michael: Am I the right people?

Pauline: You’re hairy enough to be a werewolf in real life anyway. You couldn’t possibly not be the right people.