Ah, poor six – so close to being in the top five. Close isn’t close enough though, and so you have to stand here in the shadow of greatness. To be fair, you just didn’t want it enough – if you did the whole room would be warm with your longing. You can feel the hunger radiating off the games ahead of you like heat from… a radiator. Sorry, that simile got away from me a bit. There’s nothing to be ashamed of here, six – you’ve done well to get this far. A game should judge itself by the quality of its competitors, and you’re in noble company indeed.

There is much in Imperial Settlers that is genuinely marvelous. It blends effortless empire building with a kind of cheery sociopathy that manifests as the occasional good-natured razing of an opponent’s towns and villages. It’s the gaming equivalent of the affable pub psychopath who oozes charm and joie de vivre right up until the moment they shove a sharpened pool cue into your thigh. Imperial Settlers is not a game that tolerates weakness, but keep on its good side and you’ll never need to worry about your back in another barroom brawl in your life. Of course, the counterpoint of that is that you’ll be in the middle of more barroom brawls than you thought was remotely feasible. There’s a price that goes along with befriending Begbie. 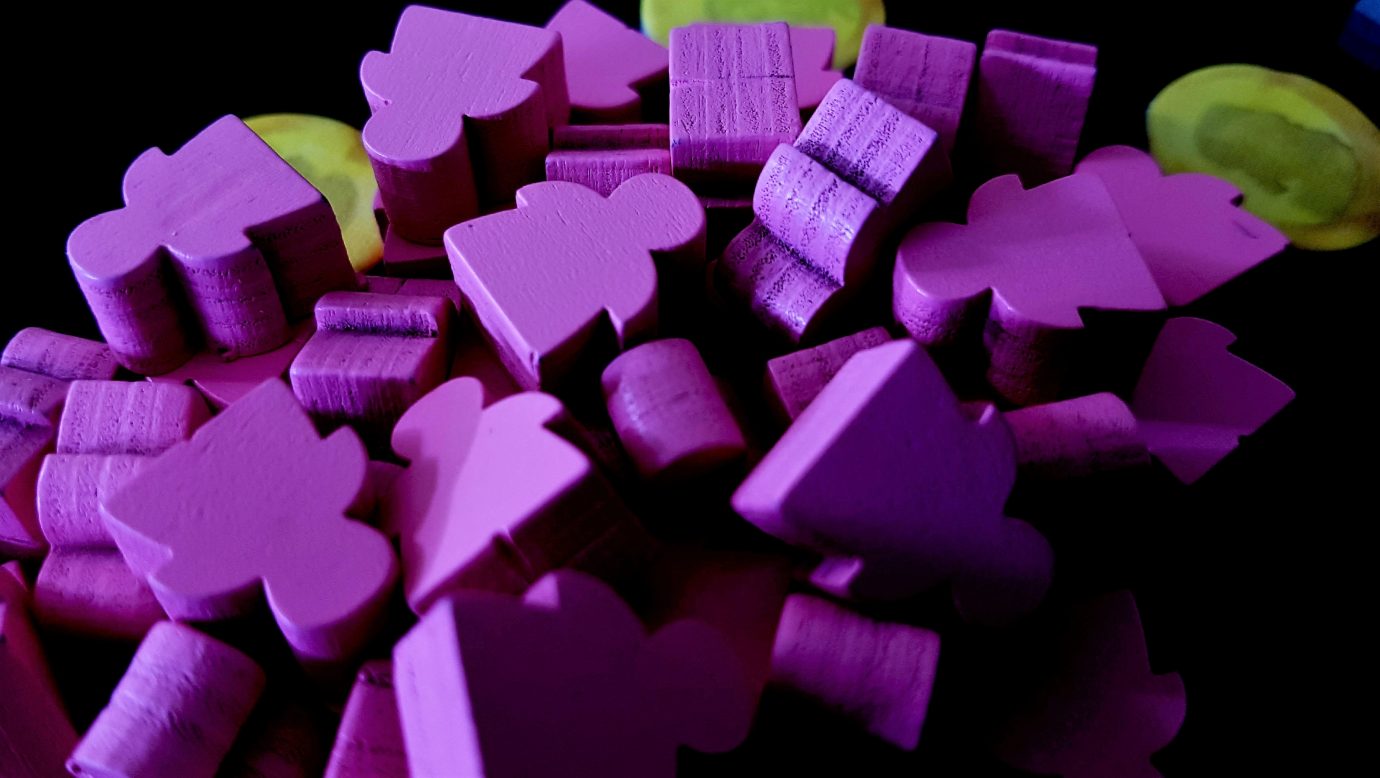 Pauline: Oh yeah. I had forgotten this game existed. I vaguely remember it being quite good, but I haven’t thought about it again since we last played it. It was very forgettable, is what I’m saying.

Michael:  Don’t say that so loud. You’ll anger it!

Pauline: What do you…

Michael: Oh god, it’s looking at you like you spilled its pint.

Michael: RUN! SAVE YOURSELF!

I think you get an awful lot of game in a very small box with Innovation. It’s amazing how tightly packed it is, and how many interesting decisions it puts in your way. Unlike Michael, I haven’t played a lot of civilization games but when I did I always went for the most obvious and convenient win. I don’t have the same fixed mindset of ‘science at all costs’. He works away building the intellectual bedrock of a society run by philosopher kings, and that rarely works in his favour. I’m happy to win Innovation in the most thuggish way the game will permit. Michael is the textbook nerd, and I spend my time repeatedly kicking over his sandcastles until he literally goes nuclear. 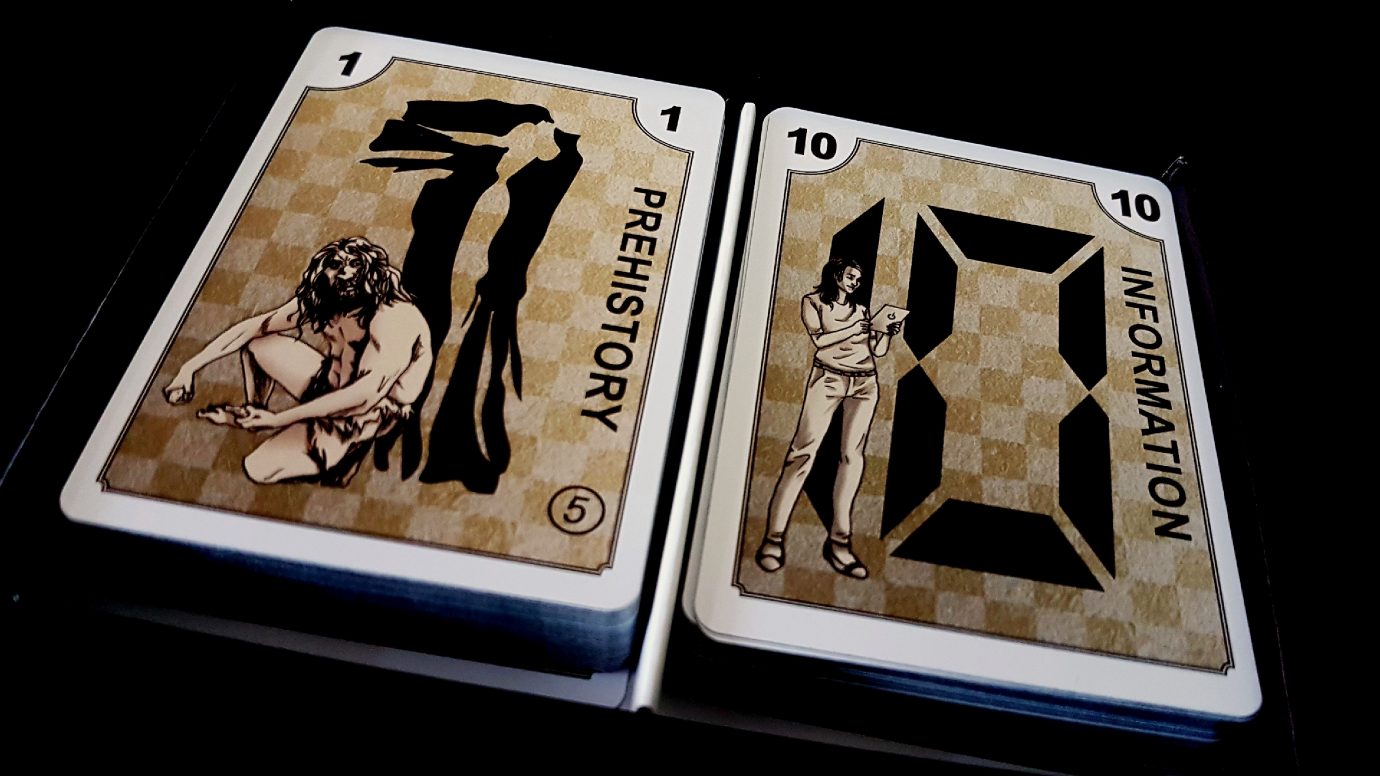 Michael: I’m reading a book right now that says it can turn me from zero to hero in thirty days. Let’s see how keen you are on my sandcastles after that.

Pauline: With your diet and lifestyle do you really think it’s a good idea to be making a long-term commitment like that?