Number Eight on the Meeple Like Us Ten Top Best Board Games 2017 Edition!

I hope you’re enjoying that comfy chair, eight. You have to be on your guard though – there are nines and tens trying to take your place. There are sevens and sixes that want to keep you in yours. There’s a lot of pressure being where you are. It’s fitting then that you SHINE LIKE A DIAMOND. Look at you, beset on all sides by those that would prefer to see you fail. They might smile to your face but there isn’t a game here that wouldn’t knife you in a dark alleyway as soon as look at you.

Maybe we should call you a taxi? I’m not sure you’ll make it home alive otherwise now I come to think about it. How’s your will, all up to date? Good, good. Put it out of your mind for now. I’m sure it’s all going to be fine.

I spent so much time convincing myself not to buy Jaipur, and that was a massive mistake. It sounds like it shouldn’t work – a two player game of trading cards and camels. That shouldn’t be fun. How could there be any energy in mercantilism if there are only two people participating? It sounds about as febrile and exciting as a luke-warm bowl of porridge. Jaipur though is as smooth as silk and as tough as leather. That is fitting because those are two of the goods you’ll find yourself fretting over in its turbulent marketplace. No game I have ever purchased has given me quite as much joy for quite so little money. 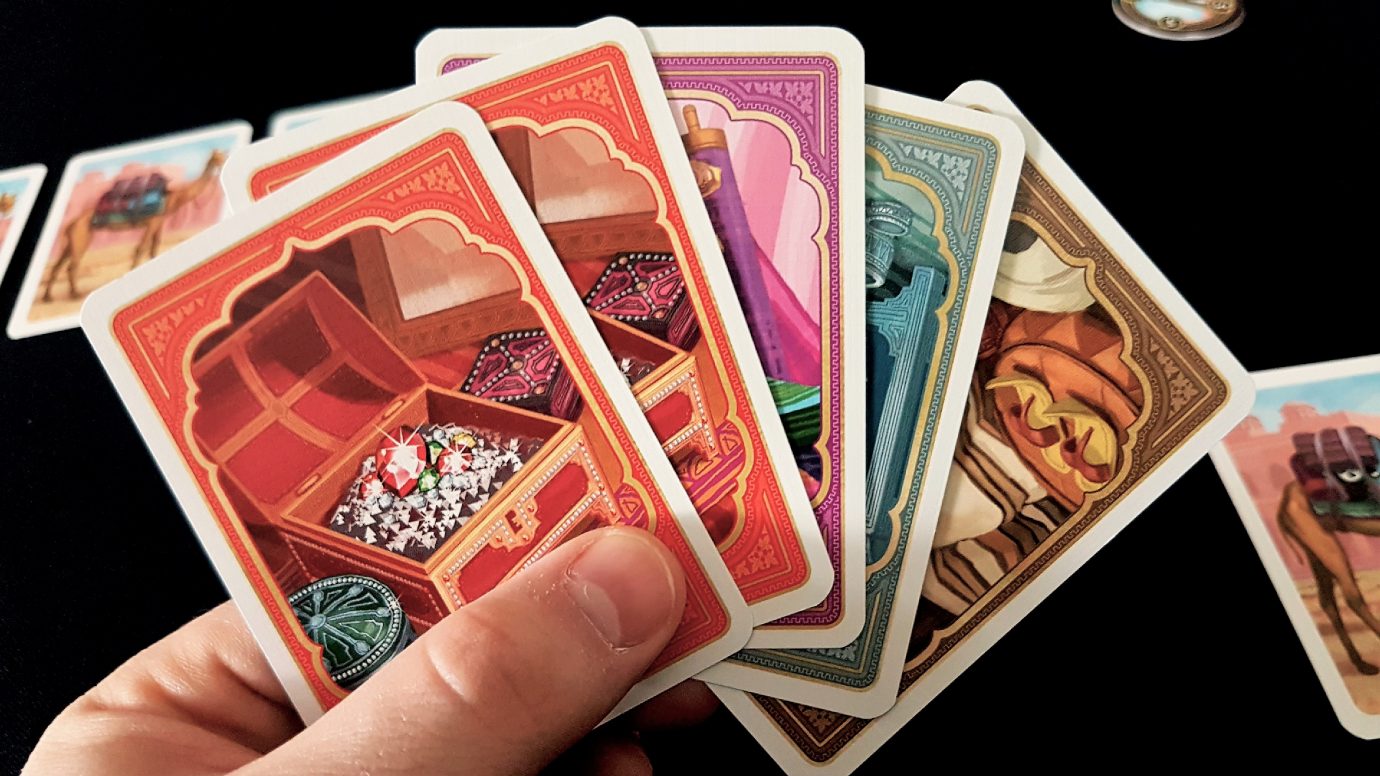 Pauline: I can’t believe this only made number eight on your list. What’s wrong with you?

Michael: I have Jaipur fatigue. I have a note from a doctor that says I need to play Jaipur less often.

Pauline: You wrote this note.

Michael: It’s a difficult word to get right.

Pauline: And your name.


Pauline Picks: Lords of Waterdeep (with the Scoundrels of Skullport expansion)

This is one of the first game we bought and it was my earliest introduction to the worker placement family of games. Playing Waterdeep is a therapeutic experience for me – a chance to simply enjoy the accumulation and spending of coloured cubes. I have to confess that I don’t really like the competitive aspect quite so much though. When we first got the expansion I hated it because of that – there’s so much more intrigue with the two additional boards in place, and so many more reasons for players to stab at each other in the dark. The corruption system too meant I ended up with negative points in the end because I had no idea how to get rid of the moral nightmare I had accumulated during my plotting.

Now that I’ve learned better how it all works I find Lords of Waterdeep with the expansions a real cut above other worker placement games like Fresco. I’m very goal oriented, and Lords of Waterdeep gives me lots of opportunities to enjoy the satisfaction of accomplishment. The scream of adventurers as they are carelessly thrown into an open portal to the Underdark is calming. So is the look of angst on Michael’s face when I throw endless handfuls of corruption tokens into the dark interiors of his dubious establishments.

The expansion quests are an awful lot more interesting than the base quests, so there’s a little bit of an issue with balance when you play with the Undermountain module. We usually make sure if we’re playing with the expansion we also get the expansion lords to make it a little fairer. Overall though this is a game that we very much enjoy getting to the table. 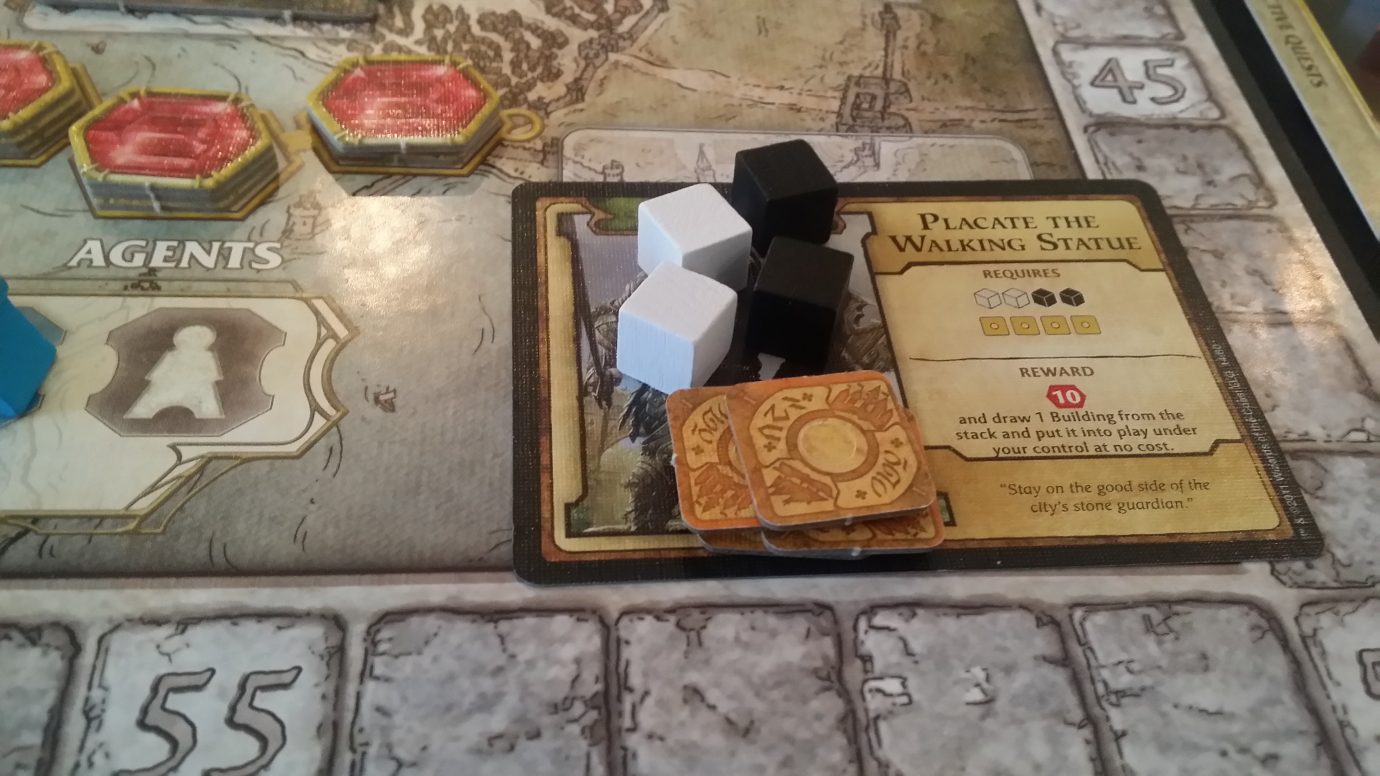 Michael: I think the real reason you like this game is because you get to buy up half of the property in Waterdeep and that’s also your hobby in real life.

Pauline: I don’t get as much corruption from doing that in the Central Belt of Scotland though.

Michael: I don’t know, During the last election I saw you eyeing up a ‘vote Conservative’ poster with a speculative look in your eye.

Pauline: I have voted for many different parties, but I have never voted Conservative.

Michael: Don’t worry, the anonymity of the ballot box will protect you from anyone knowing the truth.