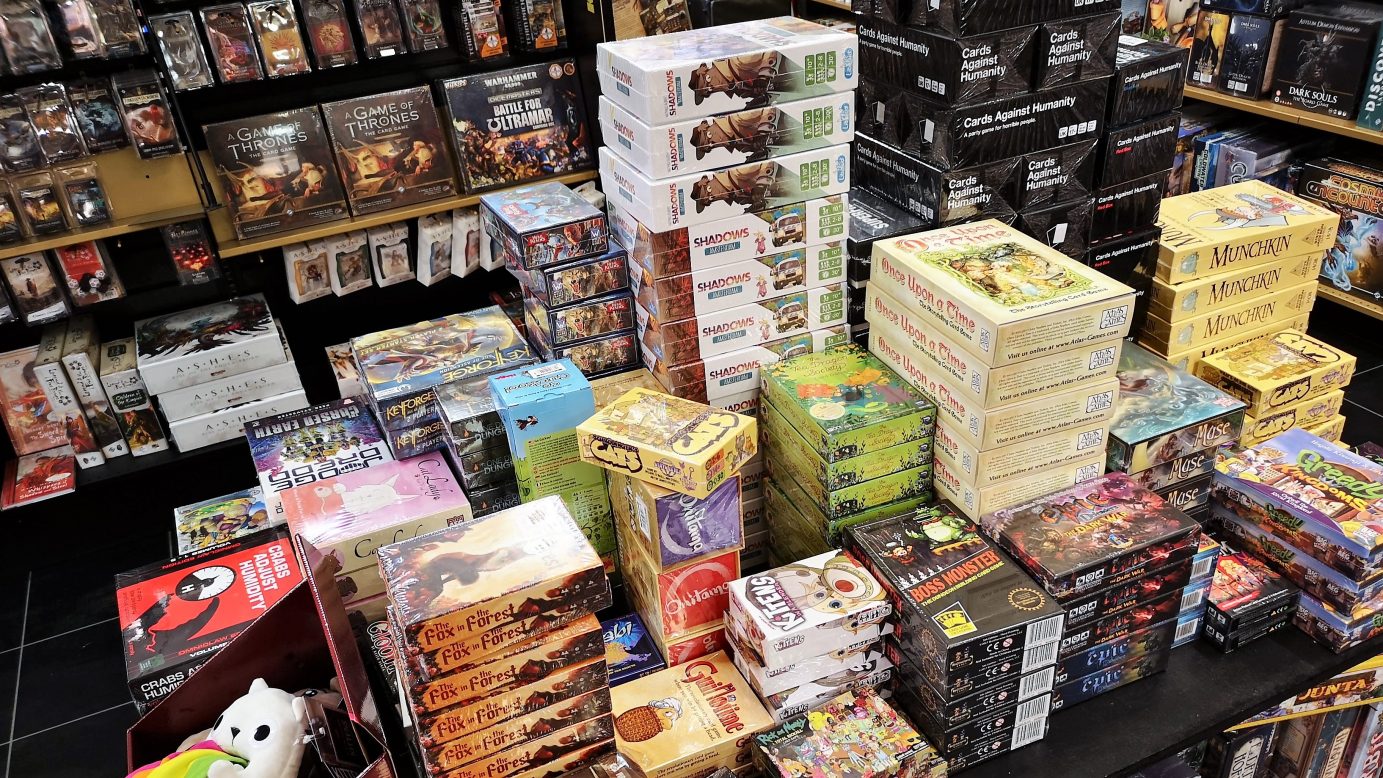 Many of us seem to think that we’re doing something unusual by being board-gamers in this day and age. I understand why. It’s kind of weirdly retro and largely a hobby that isn’t particularly likely to be common amongst the other people in our lives. There’s a well-known saying in board gaming circles – ‘it’s easier to turn gamers into friends than it is to turn friends into gamers’. It’s broadly true as well. You’re likely to get the same reaction if you bring your copy of Twilight Struggle to a party as you are if you bring a baggie of heroin. Both are likely to be considerably harder experiences than many party-goers were planning to have.

But you know… it’s not actually true that we’re doing anything unusual. Not in the real world outside of our own often insular and cliquey communities. Almost everyone is a gamer already. Not just in terms of playing Candy Crush on a phone. Most of the people you know are almost certainly willing to enthusiastically play board and card games under the right circumstances. They just don’t really think of it as being something remarkable and are justifiably a little bit suspicious of any grown adults that haven’t grown out of playing with cardboard and dice as an issue of personal identity. That’s in part because they think ‘Come on, seriously? Monopoly? Risk? How can you possibly find any joy in those once you’ve got the crushing awareness of your own mortality coursing through every synapse of your ageing, decaying brain?’

And yes, a lot of board-gamers have attitudes that don’t help them get passed this perception. A lot of us are snobby, or dismissive, of the classic games that others play. That can be off-putting. It can be unbearably smug. We often sabotage ourselves and our own advocacy for this hobby by how we broach the topic with others. ‘Urgh, you don’t play Monopoly do you? It sucks. You are having incorrect fun.  Let me show you how to have good fun. Fun of which I approve’.

What better way to convince people that whatever fun they want to have, it’s not going to be with you?

But you know – your friends will have poker nights. They’ll go to murder mystery parties. They’ll play a game of Monopoly at Christmas. They’ll play Snakes and Ladders with their kids. It’s not that they don’t want to play games. It’s just that they don’t necessarily realise that the right time and place is potentially anywhere and anytime. They often don’t have an easy route to understand what you’re talking about when you try to get them to sign up to your Pandemic Legacy campaign. They haven’t really caught up with the fact that the experiences they cherish are available in purer, more refined forms. They know what they like, but what we like seems very alien to what they know.

So, let’s use today’s special feature to address that a little. Let’s talk about ten great games that replace other great games that are more mainstream. Games that you can use as a gateway to other more esoteric parts of this hobby. Games that when someone suggests ‘Let’s play X’, you can say ‘The great thing about X is Y… and I have a game, Z, that I think you’d love because of that’. Games that let you do a kind of conversational judo – where you take the enthusiasm someone has for a game you don’t want to play and use it to bring them into connection with another that you do. And, importantly, that they do as well even if they don’t know it. In the process, you might open them up to a whole range of other games once they have some evidence that, actually, this whole modern board gaming scene isn’t quite so weird after all.

While this list is numbered, it isn’t actually ranked. There’s no meaning to the order other than ‘This is the sequence in which I decided to talk about these games’. Don’t read anything into it.