Number One on the Meeple Like Us Ten Top Best Board Games 2019 Edition!

And here you finally are. Your long journey over. The messenger tube that you have carried all the way through this brutal land nestles against your thigh. You remove it, and take a knee as you present it to the king and queen. ‘Your majesties’, you say, ‘I bring with me a missive from Meeple Like Us. They sent me to make great haste to deliver this important note to your divine hands’.

You look up into their faces, but can’t focus your eyes. Everything has gone blurry. There is a king and a queen, but not – they are two and they are one and they are none and they are everything. You blink your eyes, but nothing changes. Your head swims. Your senses churn. The absence of duality where it is implied sinks a dagger into your consciousness. You try to fight it, but it’s too late.

The world fades. Everything goes black.

Before you collapse, you hear the herald of the court clear his throat and start to read.

‘Your August Majesties. If you enjoyed this content, perhaps you might consider signing up to our Patreon…‘

The last thing you feel is your head cracking against the marble floor of the throne room, and the distressing sensation of blood gushing from a head-wound from which you already know you will never awake.

Turn to page 1 to begin your adventure anew.

When I was introduced to Chinatown at the UKGE 2018 by Duncan Cowan of Tabletop Scotland, I was interested but no more than that. ‘Oh, I’ve heard it’s good – I’m in’.

What happened next was one of the purest, most intense gaming sessions of my life. I came away from it saying ‘That’s definitely a good game, thanks for showing it to us’ but I thought that would be it.

I kept thinking about it. Whenever my thoughts would drift I’d find them making their way back to the crooked streets and exotic sights of Chinatown. It was (and is) out of print though and online retailers were selling it at prices that suggest they’d be pretty killer Chinatown players in their own rights. I’d say I put it out of my mind, but I didn’t because I even took the step of leaving my kennel and venturing out into the world of physical retail looking for a copy. I failed.

David Wright though, also of Tabletop Scotland, sent me a Facebook message and said ‘Hey, I found a copy and I bought it for you’. I thought he’d maybe encountered some magical traveling shop during his tour of the Scottish gaming community but it turns out he found it in my own FLGS.

I’m glad he did. The term ‘in with a bullet’ has never been more appropriate for a charts commentary because Chinatown has basically pulled off a coup here. I’d say that coup was bloodless but I suspect that at some point the arguments it spawns will end up being resolved with actual gunplay. Bloodless – as of the time of writing.

Chinatown is a truly amazing game and I hope it comes into print again soon so I can devote my free time to encouraging people to pick it up. 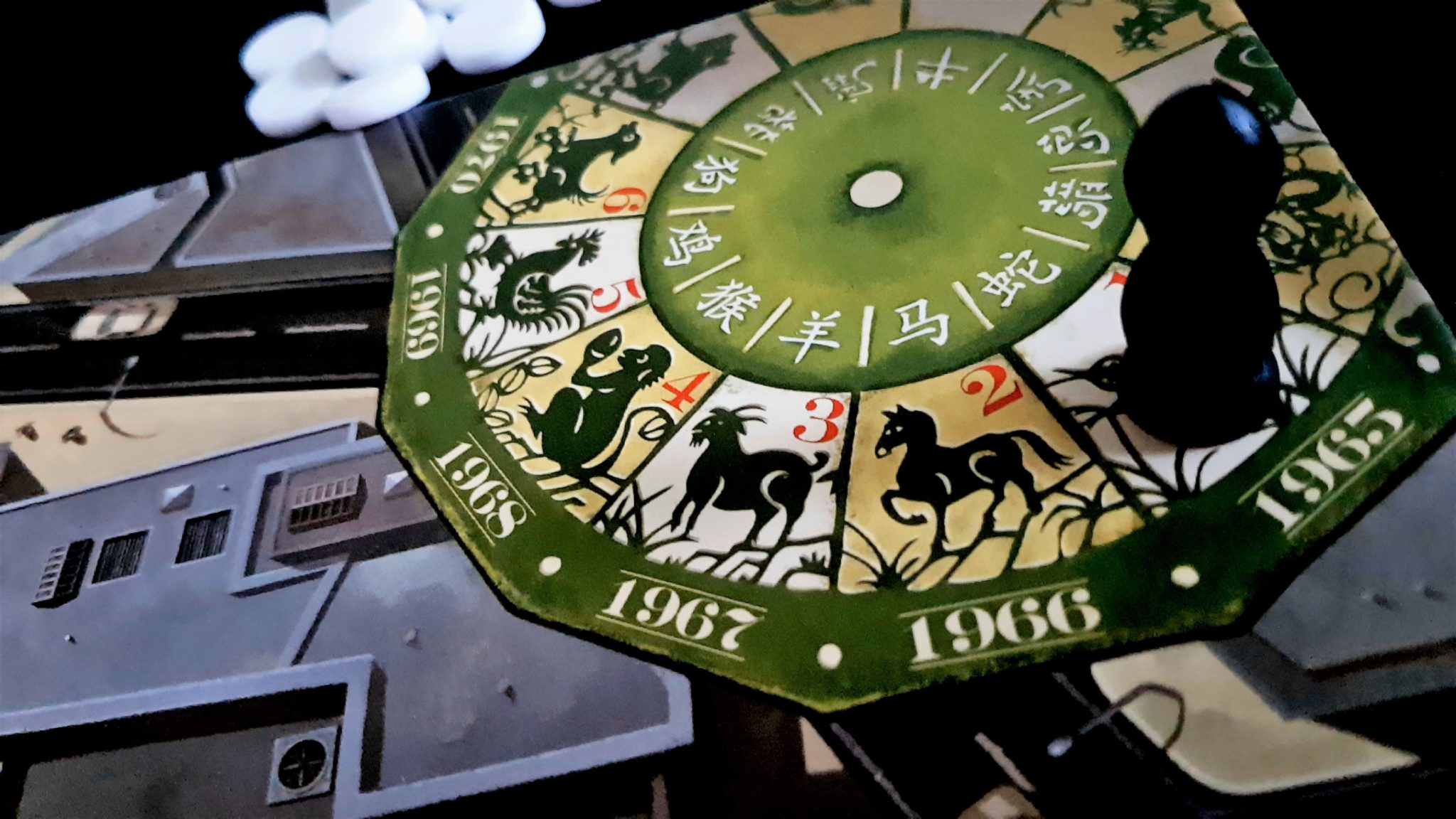 Michael: The energy it injects into a games night is astonishing. If I hadn’t already comprehensively sniffed every piece of currency in the game I’d put it down to residual cocaine spread our way from the financial sector. But no – it just seems to be that the game is phenomenal in almost any setting.

Pauline: Maybe not any setting. When we played it at Tabletop Scotland you threatened to leave me there if I didn’t make a deal with you. That’s not the kind of thing that everyone is going to enjoy.

Michael: Yeah, everyone really needs to understand that Chinatown is a wild and unruly social experience more than a game. It’s for people that want to experience the knife-edge of capitalism without having to worry about genuine bankruptcy,

Pauline: Unless the deals get really out of hand.

I’m used to the residential housing market, so a game about trading property is always going to be something in which I’m interested. Chinatown isn’t about renting or leasing houses, but is instead about building a property empire so lucrative that you can literally destroy your best friends using the money you’ve got in your back pocket. Chinatown is most interesting in the way that it approaches trade as a completely open game – you can trade anything for anything and I’ve seen those trades include ‘walking home from Perth if you don’t agree’ or ‘It’s easy to get a new wife’ as qualifiers. I love the cut and thrust of negotiation that comes from a game that doesn’t try to regulate the free market. If you end up stabbed in a car-park at the end of Chinatown, that’s just how Capitalism works. I like to think Chinatown is helping me develop genuinely useful knife skills. Did I say knife-skills? I meant life-skills. 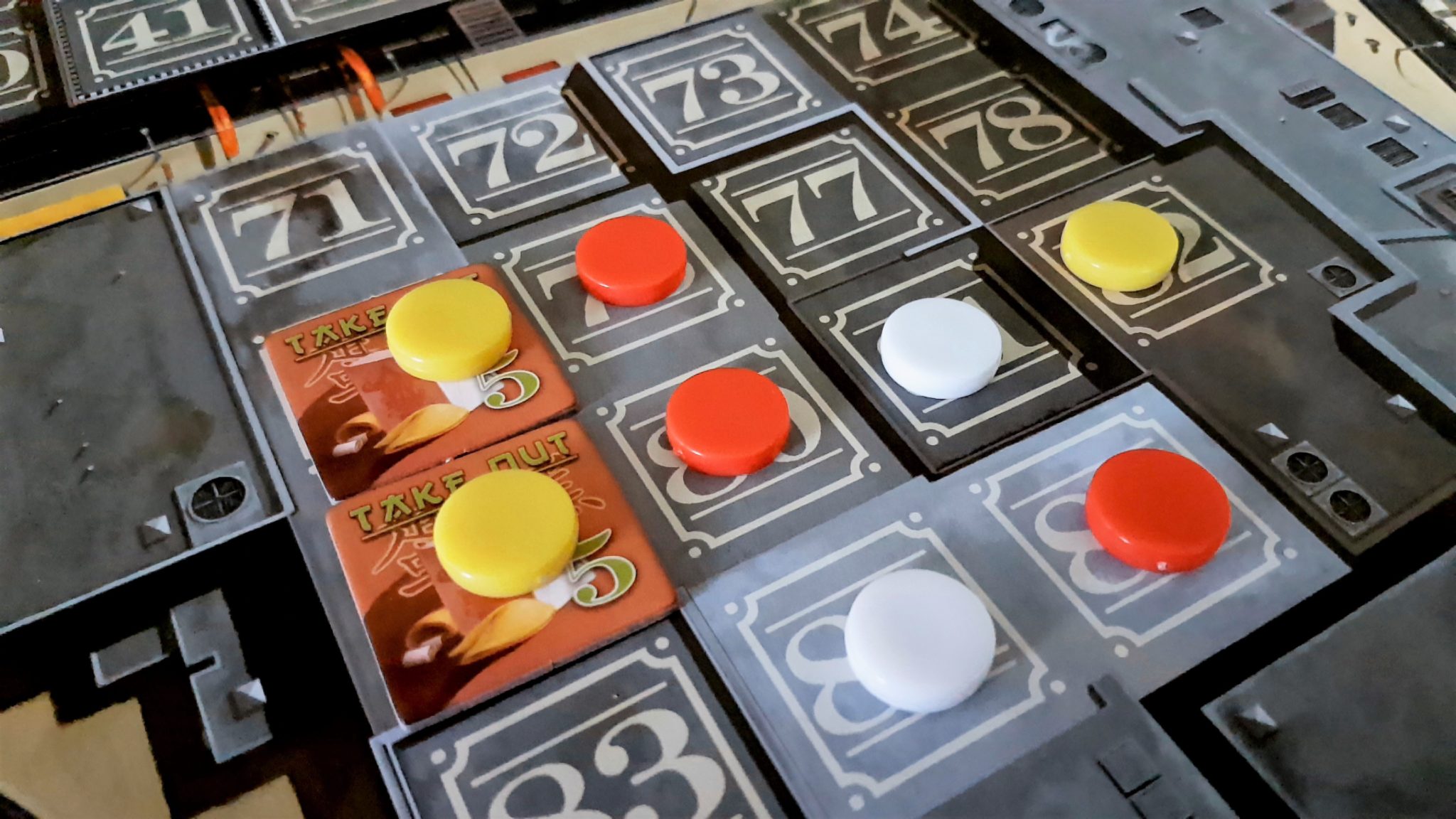 Michael: Are we ever going to play another game quite as good as this one? It instantly entered our lists at #1 and I haven’t seen or heard of anything recently that has a serious chance of dislodging it. Wouldn’t it be depressing to think that we’ve already played the best board game that exists?

Pauline: On the other hand, we’ve already played the best board game that exists…

Michael: You mean… we’re free? The curse is lifted? The last petal of the magic rose has fallen and I’m going to revert back to my natural Princely form?