Number Four on the Meeple Like Us Ten Top Best Board Games 2019 Edition!

Now we reach the doors that lead into the palace. Milling around the immaculately landscaped gardens are dozens of courtiers – boxes of games that hope, with enough fluttering of their plumage, to gain entrance into the warmth and decadence of the royal court itself. They’re all hungry for the opportunity, but also terrified as to the precariousness of their own position. Their fear of losing standing is mirrored only by their longing to increase it. Whereas the city outside is ravaged by bandits and marauders, here the dangers are far more subtle. Be careful of the drinks that are circulating around the gathering. You have no idea what’s in them.

Hanamikoji is a game I love so much that merely being set in the same world is enough for me to buy a game sight unseen. It’s the most immaculate game I own – not a milimetre of waste is to be found in its slim, svelte box. It contains exactly the right number of cards. It contains exactly the right number of options you have in a round. It also contains exactly the right number of actions you get to take until the round is over. Just four actions. You only make four decisions in a round of Hanamikoji but you’ll be amazed at the difficulty of those decisions. Hanamikoji is a game where both players feel at the end like you somehow managed to gang up on each other and it’s glorious. It’s basically so good as a two player game that I almost never even think about Ol’ Favourite Jaipur any more. Its limited player-count more than anything else is what prevents it from scaling the castle and making it inside, but make no mistake – it’s the greatest two player game that I’ve ever played. Pauline: It’s sad to me that our respective favourite two player games are entirely different, but I just can’t get behind Hanamikoji in the way you do. It feels too much like real life to be offered a shitty choice and be forced to just bite down on it.

Michael: Games fundamentally are great engines for teaching, and what Hanamikoji teaches you is that life is awful and difficult and stressful and ending up in an early grave is the kindest outcome the Universe has in store for us.

Pauline: Not so much a card game then as it is a mystical artifact designed by H.P Lovecraft. The board game of cosmic horror. Absurdism in a box.

Michael: Hanamikoji is the darkest side of the human condition, wrapped up in adorable art, and sold to you as entertainment. It should come with a free cyanide capsule in every box.

Concordia is just beautiful. I love how you don’t necessarily know who is in the lead. I love the quality of the components and the different shape for the wheats and the wines and the silks. It’s such an immersive and tactile approach to the physical elements of the game. I really like the way that multiple people at the board benefit when you take your game actions – it’s really collegiate for a game that isn’t a cooperative title. There are lots of different strategies, lots of different ways to win. It’s a Goldilocks game – not too simple, not too complex, not too short, not too long – it’s just right. Practically perfect in every way. That’s why it has held on to this position in my list for three years in a row. Immovable as a rock. 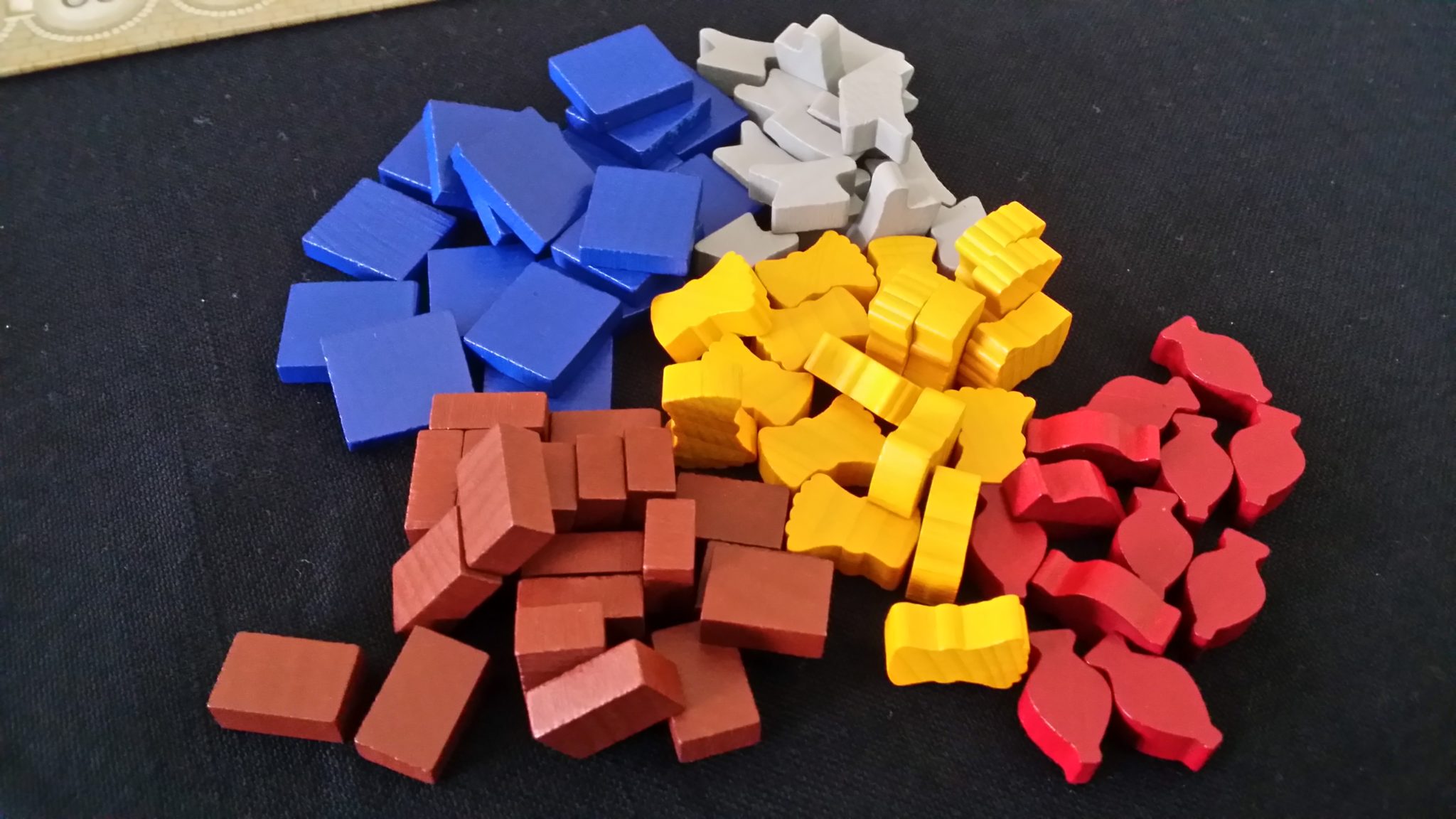 Michael: I’m pleased that Concordia is in the upper half of both of our lists. It’s one of the first games that I ever really fell in love with, and it’s the one that has most sustained that affection. Suburbia might have been the game that inspired the site, but I think Concordia has a bigger role in ensuring it took hold as an ongoing endeavor.

Pauline: We owe it quite a debt of gratitude then?

Michael: Either that or a damn good kicking.