Number Eight on the Meeple Like Us Ten Top Best Board Games 2019 Edition!

You’re past the edge. Past the treeline of the dark forest. You’re heading into the safety of civilization now. There are a few houses here – boarded up and silent, but mostly standing. Somewhere in the distance, a wolf howls but it doesn’t sound hungry. It sounds… forlorn. It sounds lonely. In the distance you can see flickering lights through the snow that plummets from above like a judgement from an angry ice spirit. You can see games lining the road. Good games. Noble games. Games that shine under pressure. Diamonds, each and every one of them. Still, there’s a long way to go before we reach our destination and every game here is one broken leg away from oblivion. Admire their accomplishments, but maybe don’t worry about remembering their names. Do you recall the games that were here last year? Of course you don’t. Life here is nasty, brutish and short and at any point raiders might strike and carry a fine game away into the night, never to be heard from again. This close to the cliff-edge, everyone can still be taken off into the endless night.

Michael Picks: Imhotep (In with a bullet)

Imhotep is bizarre in that I think of it as the best Tetris game available in cardboard, and yet there’s nothing about it that immediately invites the comparison. I’ve written more about that in the review, but it really comes down to the fact I believe the soul of Tetris is in responding to uncontrollable chaos and this is a game that gives you that in spades. In almost everything you do here, you are at the mercy of other people. It’s perhaps the most spiteful game I own. I can’t think of any other that permits you to watch your loved ones spend turn after turn arranging an ideal game state only for you to take the effort and love they’ve spent and toss it into the freshly dug latrine you laid in their way. It’s a clever game of minimising the harm people can do to you while trying to land as many body blows on them as you can. It’s like a boxing match where as many as four people are throwing wild fists everywhere while simultaneously trying to make sure no-one lands a punch in their breadbox. It’s great. 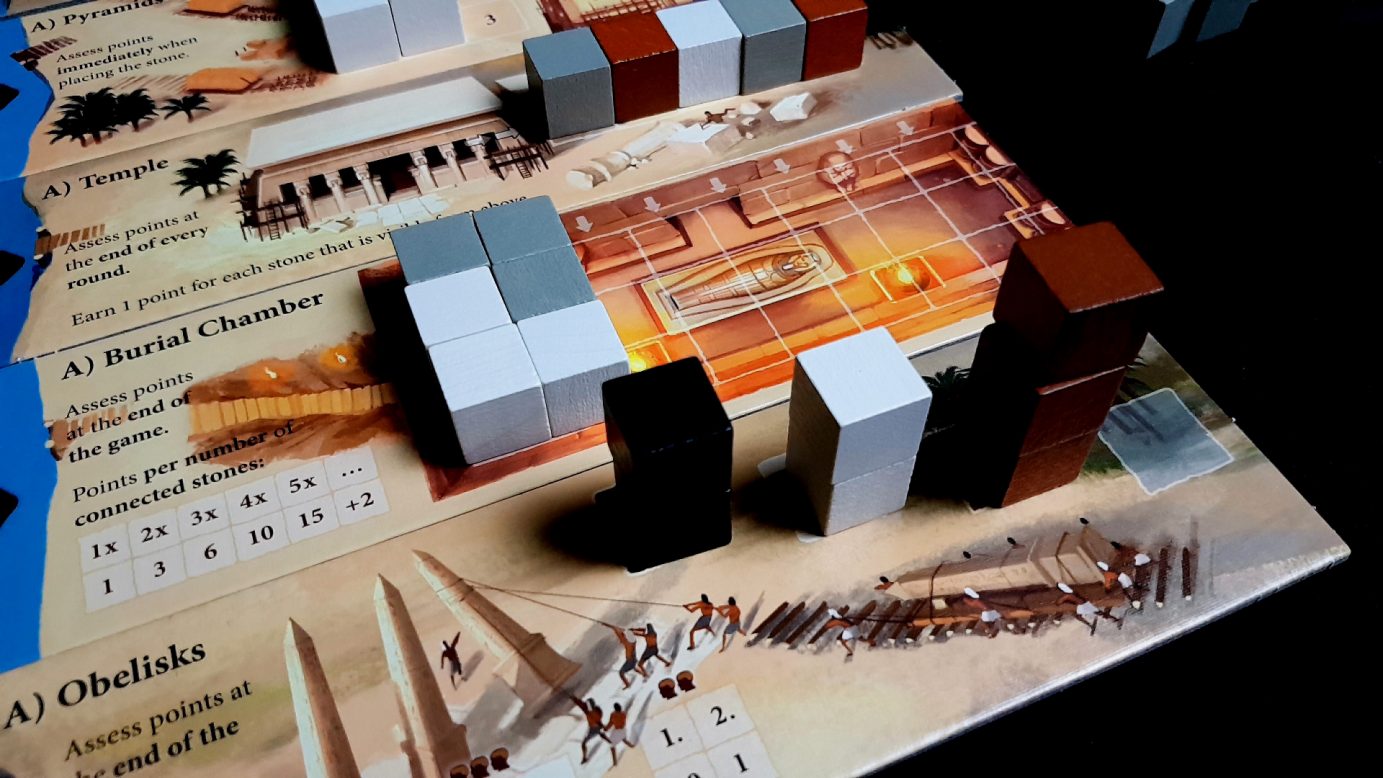 Pauline: I learn some worrying things about you from these lists. Is this what’s going on in your secret heart?

Michael: This is the life philosophy that drives everything I do. Spite is what I have running in my veins instead of blood. I’m just pretty good at hiding it. No-one must ever know.

Pauline: It’s a good job that you haven’t confessed to that in a public post on a popular blog then, right?

Michael: Right! I confessed it here where nobody will ever see it.

Century: Spice Road is a great engine builder. It’s a bit like Splendor except it gives you a lot more to be thinking about and more parts from which you can put together a machine capable of hoovering up spice like an Arrakian harvester. It has that thing that Lords of Waterdeep and Ticket to Ride have in abundance – there’s a lot of satisfaction in just building up the resources to get a thing and then claiming it. It’s definitely a little bit algorithmic, but as the kid who thought it was a massive treat when we did algebra at school it is a game that may as well have been made directly for me. There’s a small flaw in that the engine you build tends to stutter and splutter as cards are bought. Even that’s got an upside – it means you don’t get a runaway leader because they can’t ever build up a head of speed. A bit like dealing with the roadworks around the Aberdeen bypass really.

After playing it a lot, it did get kind of samey. The Eastern Wonders sequel though can be integrated with the base game and it adds a lot of novelty. It’s less algorthmic and the choices feel a bit more interesting because they’re tied up in a spatial context. I’d say that the inclusion of Eastern Wonders is what keeps it on the list at all. If there was an app version though, I’d probably end up playing the base game all the time like a multithreaded processor caught in a threshing loop. My worry with playing it now is that it tends to bore others. My threshold for boredon though is artificially high as a result of living with Michael. 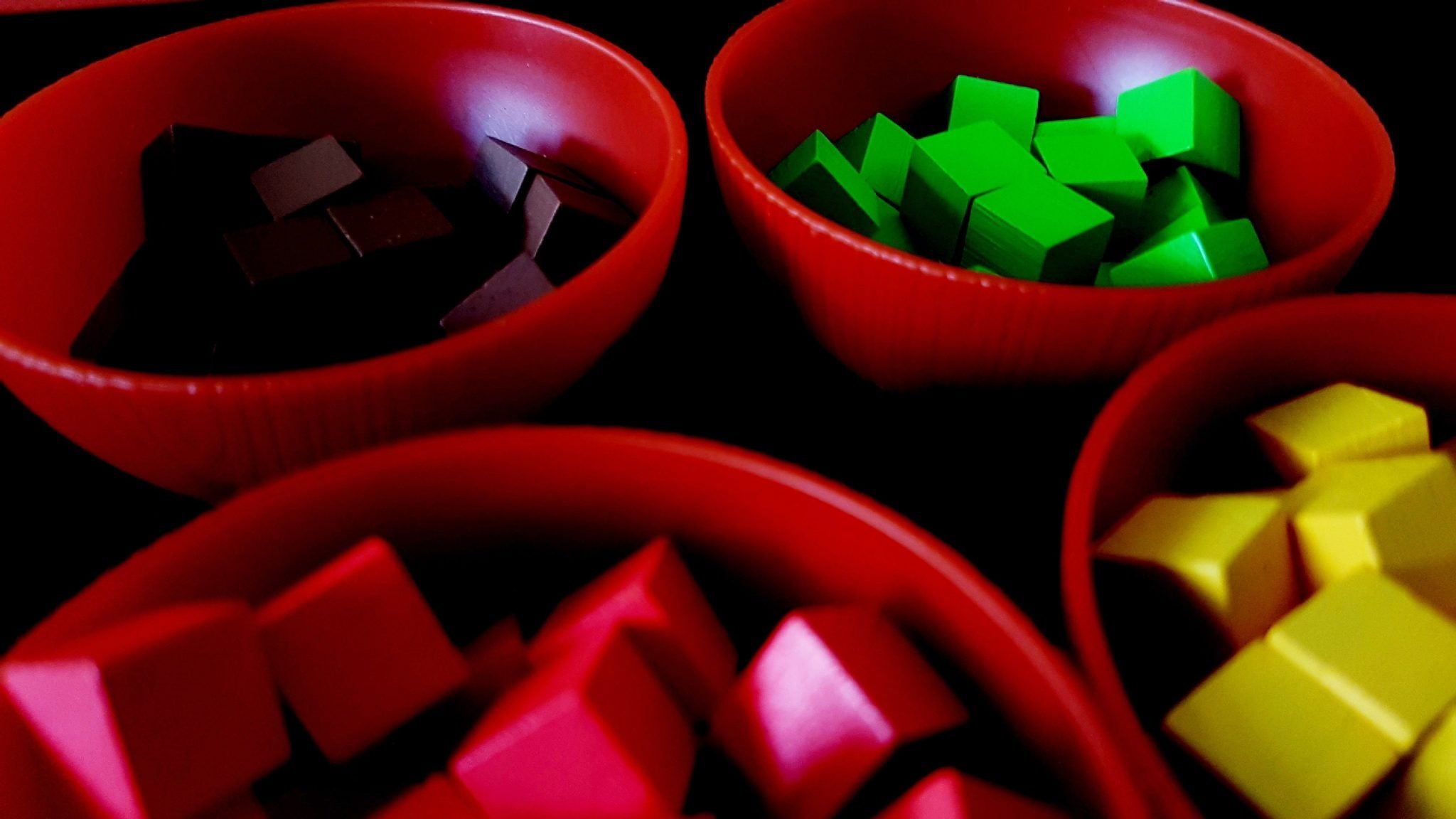 Michael: Oh god, I had hoped when last year it dropped six places it was gaining momentum and would eventually achieve the escape velocity needed to leave this list and ideally Earth’s gravity.

Pauline: It’s weird to me that a game you ‘sort of like’ inspires this much negativity in you. Why does it matter to you if it’s on my list?

Michael: Because its presence here can only be interpreted as a threat. It means you haven’t forgotten about it, and at some point when I least expect it you’re going to thrust the box between my ribs and say ‘The Lannisters send their regards’. I like that it’s a game that exists. I don’t like that it’s a game you might make me play yet again. I can’t do it. I’ve used up all my quota for playing Spice Road and then some.

Pauline: A coat of gold, a coat of red, a lion still has claws, and mine are long and sharp…