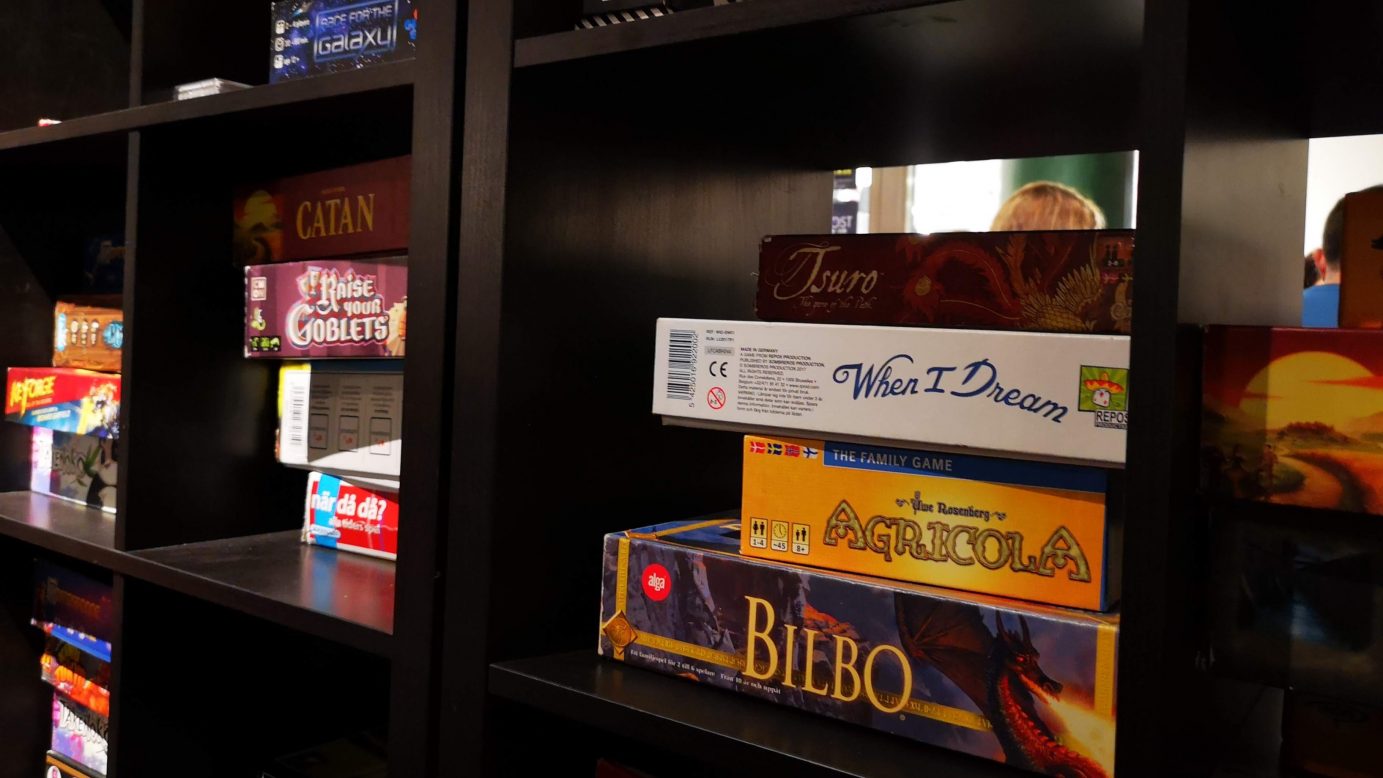 Yes, I’m starting with literal ships. This concept has levels upon levels.

Merchants and Marauders is a profoundly excellent game of sailing in the golden age of piracy. Pit Crew is a frantic exercise of trying to quickly repair a car in real-time by trying to lay a series of cards out in a finnicky, pernickety pattern of horror and compromise. 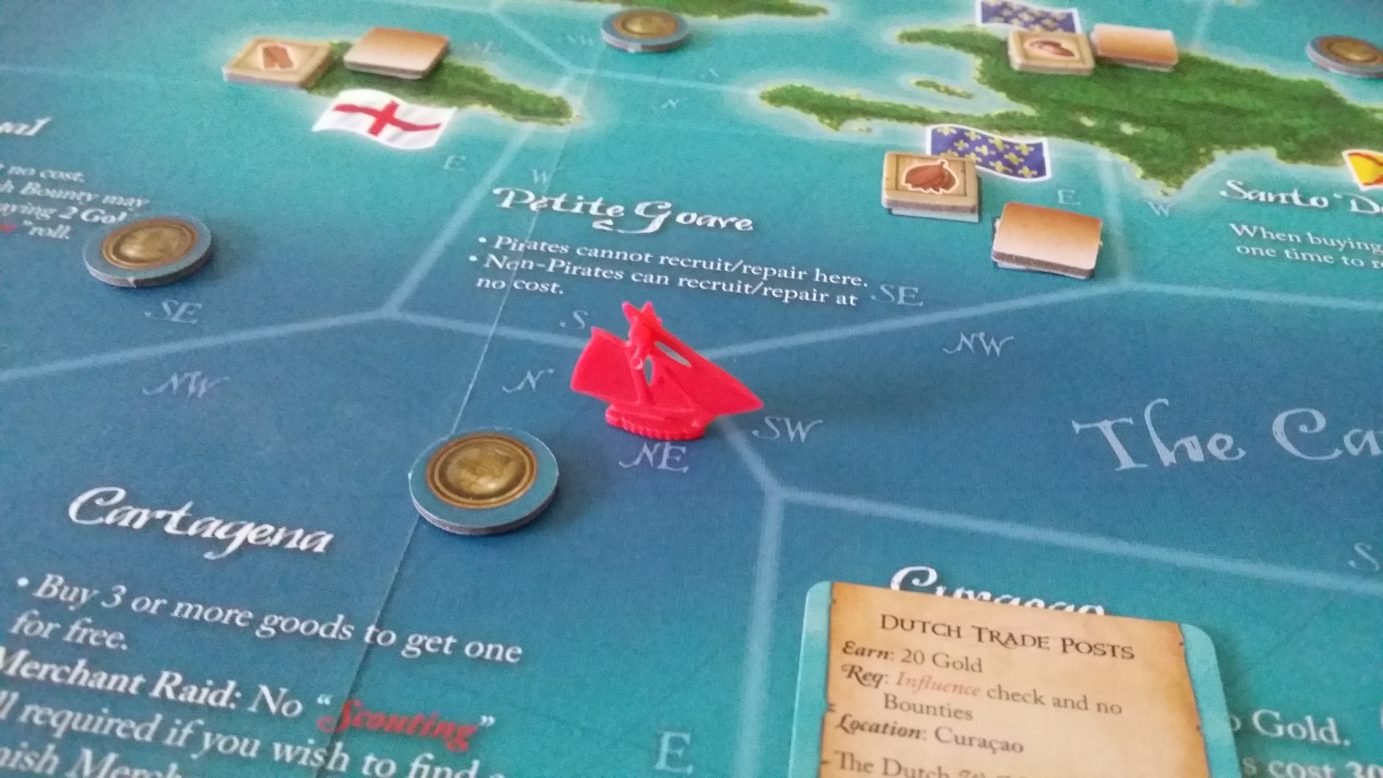 The combat in Merchants and Marauders is brutal. Every roll of the dice carries with it the promise of watery oblivion and this isn’t ‘Go to jail, do not pass go’ kind of stuff. This is ‘Everything you’ve been working towards for the past hour is gone, forever’. It’s easily the most exciting battle system I’ve seen because, while it’s not all that interesting it’s so high stakes that you can’t fail to be invested. 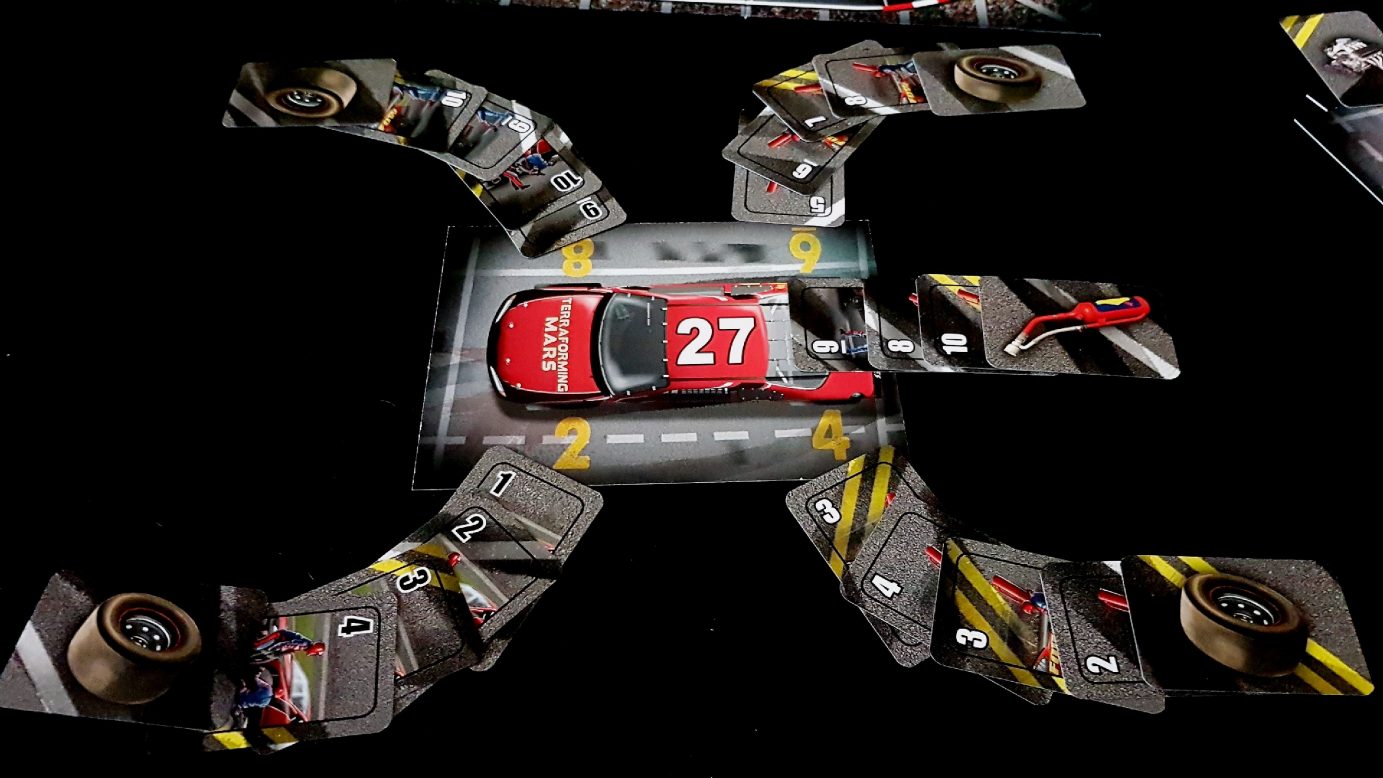 What if the combat actually was as exciting as its stakes imply it to be? What if instead of rolling dice, there was a real-time card battle between the ships? One where you throw crew-members and resources into your various tasks and it’s the first one that manages to line everything up that gets to take the shot? Or perhaps you take turns, one firing and one repairing the damage. Honestly, I think you could probably get rid of all the other stuff and make a tremendously exciting game of ship combat with just this system.

So someone should go and do that.

Wait, this is just Pokemon isn’t it? Right, let’s abandon that one. Instead, let’s do…

We haven’t reviewed Wavelength yet, because last night was the first time I’d played it. It’s a game about a ‘psychic’ being presented with a target, and having to give a concept that exists between two extremes as a calibration exercise for his or her teammates. If you need something about half way between hot and cold you might say ‘A glass or room temperature water’. Then you watch everyone else argue ‘Absolute zero’ is -273.15 degrees Celcsius and the sun’s core is 15 million degrees. So, in cosmic terms, ‘room temperature’ may as well be the same thing as the endless void of space. 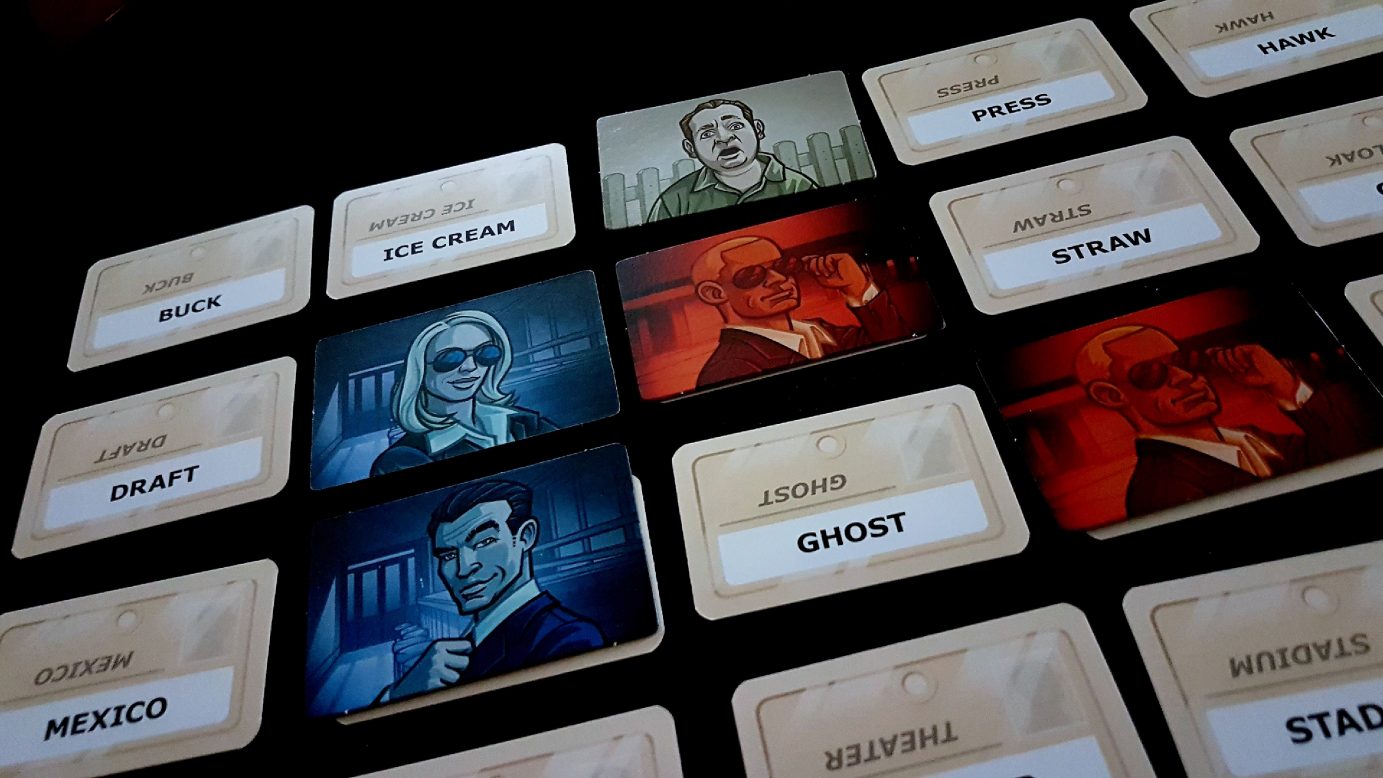 And it’s a really interesting game I’m looking to play more. But also, I thought having these things on a coherent spectrum was a bit of an own goal. Hot and Cold. Good and Bad. Easy and Difficult. Why not spice that up with some proper surrealism and deal yourself a couple of Codenames cards.

What lies about a third of the way between a monkey and an avalanche? What’s lies in the middle of ice cream and a ghost? I mean, it’s not a game that I imagine anyone could win but it’s a game that I’d absolutely play just for the experience of having done it.

Luckily, I actually can make this one myself so it’s on my bucket list of things to do before I die. At my age though, that can happen at literally any minute.

#9 – I’d Like to Ship… Cards Against Humanity and Telestrations

This isn’t the most original pairing or anything, but the thing about Telestrations is that it’s a very funny game… if people aren’t playing to succeed. If someone draws a house and you guess a house, then the next person will draw a house and the person after that will guess a house. And then you reveal your booklet to the table to find out yeah, everyone drew a house. That’s boring. Telestrations requires people to wilfully but plausibly misinterpret drawings, and intentionally draw plausible but misleading interpretations. And that’s fine, it works because more often that not people will fail to draw the simplest things in a recognisable way. 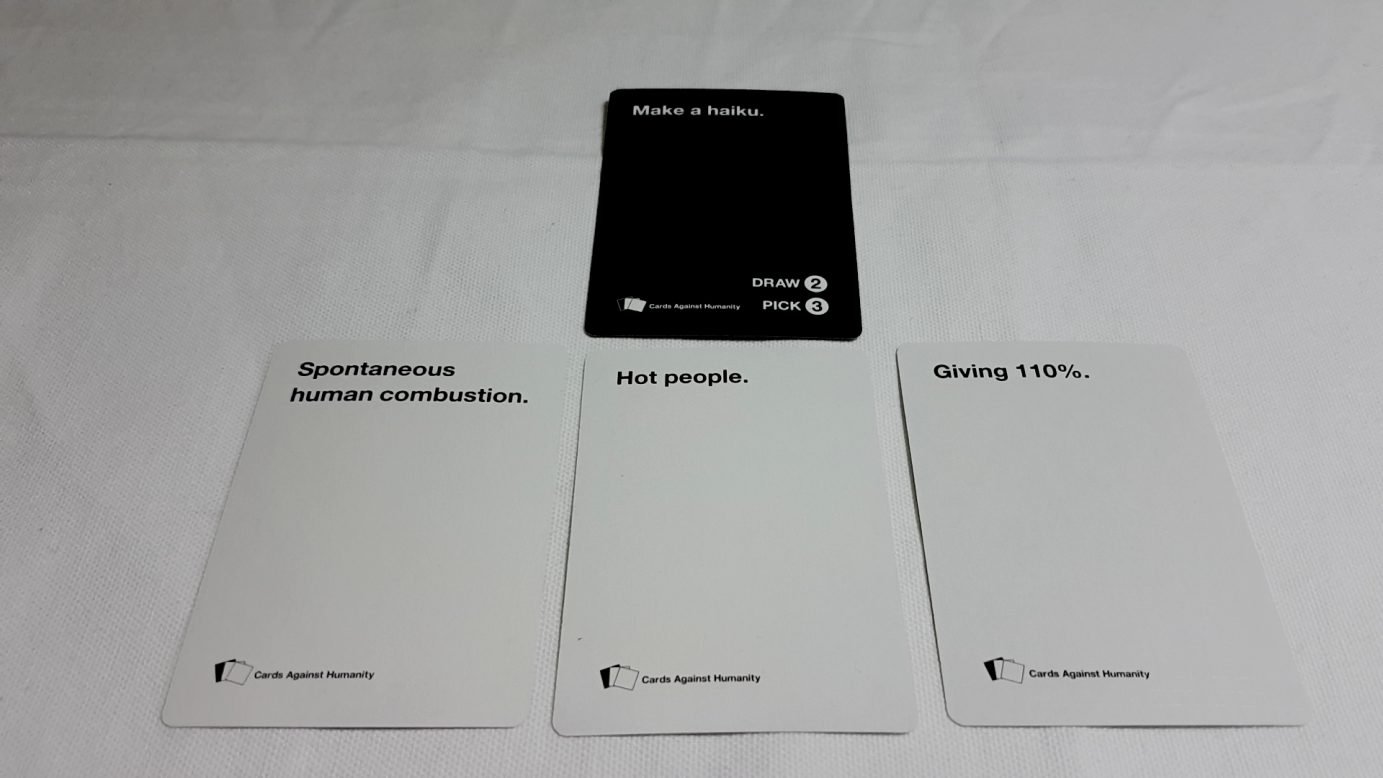 But what if you had to draw something from a Cards Against Humanity answer card? Then the overwhelming flaw in CAH becomes a massive benefit. CAH has a problem in its card design – the references are so specific that they don’t gel with many answer cards. It’s a game of having answers that work for the questions as opposed to a game that gives you a lot of ways to be funny with whatever cards you have. 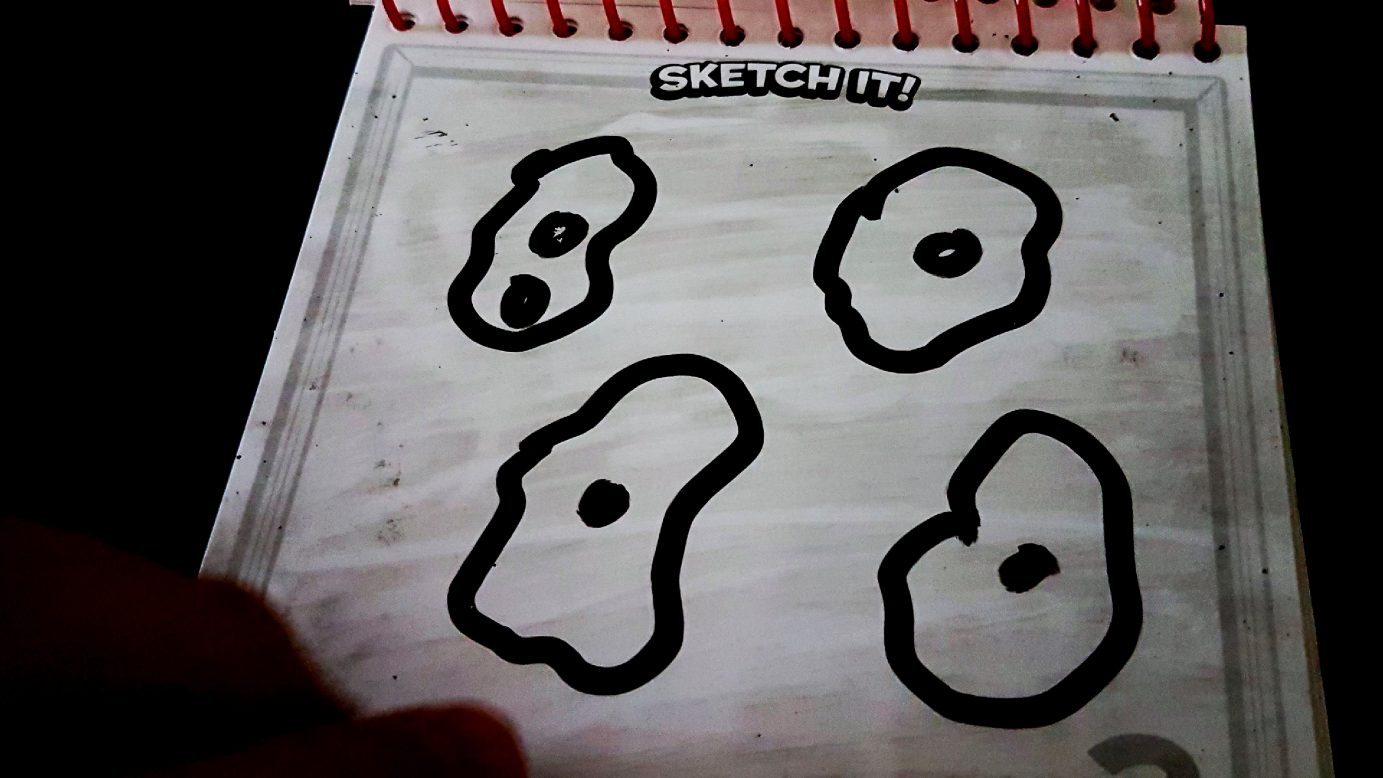 That very specificity problem would be a massive boon in Telestrations. Instead of drawing ‘Football’, or ‘Candy cane’ you might have to draw ‘Whipping lower-class white men into a xenophobic frenzy’, or ‘a disappointing birthday party’. Or just, ‘a foreskin’. I’ve had difficulties in remembering what dogs look like in Telestrations, I can’t imagine what my drawing of ‘Having no legs, just toes’ might result in.

Actually, I can do this one myself as well so I already have half of a genuinely alarming and experimental games night planned out.

[ Lords of Waterdeep review | Hand of the King review ]

I think Lords of Waterdeep, with the Scoundrels of Skullport expansion, is pretty much already mechanically ideal. It doesn’t need anything else and I’m not sure it would benefit from anything being added. Except… Look, I’m sure Waterdeep is a fascinating fantasy city but it’s not one about which I remotely care. However, if you made it Lords of King’s Landing then Chinatown might have reason to fear for its position on the pedestal of my affections. Reskin the game entirely, add in some suitably Game of Thronesy intrigue references. Suddenly a game that has a middling theme and an excellent mechanical framework becomes potentially transcendent. Also, I bet this shipping would make someone a billion pounds. It would be an astonishingly good fit. 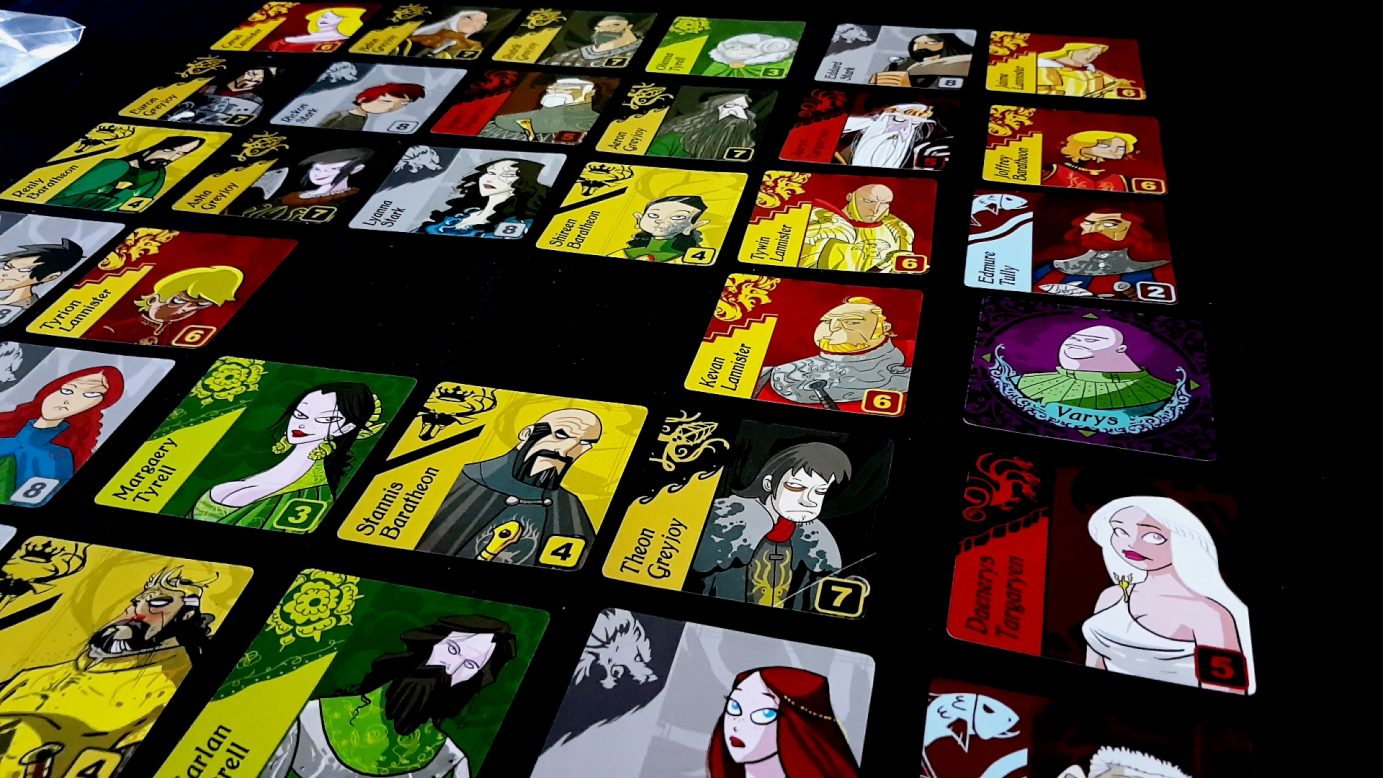 People do a lot of reskins of games and you read about them pretty much constantly on Reddit. Has anyone done this, and if they have can I buy their copy?

A review of Shifty Eyed Spies will be coming to the site just as soon as I can play it in optimal circumstances. I haven’t so far, but it’s a game I’ve used several times in the cardboard prototyping classes and workshops I’ve run. For those that haven’t played, it’s a game where everyone has a package they need to deliver to someone at a particular location, and need to communicate that to their target without giving the location away to anyone else. So it’s all about furtive, suggestive eye contact. You wait until Pauline is looking away then you raise your eyebrows at Peter and quickly look down at the park. But Peter has a delivery for Roz and so he’s not paying attention to you. Jasmine on the other hand thought you were indicating to her… So maybe a better use case is in an environment where you want people to be on edge. So I think it would be very effective, and funny. if you played One Night Ultimate Werewolf and removed the ability for anyone to speak. Instead, everyone had to indicate their targets and intentions via increasingly desperate facial expressions,

You know, this is the third game I could easily ship myself in a darkened room with some consenting adults. Maybe I don’t need to give away any of the royalties for these ideas after all.