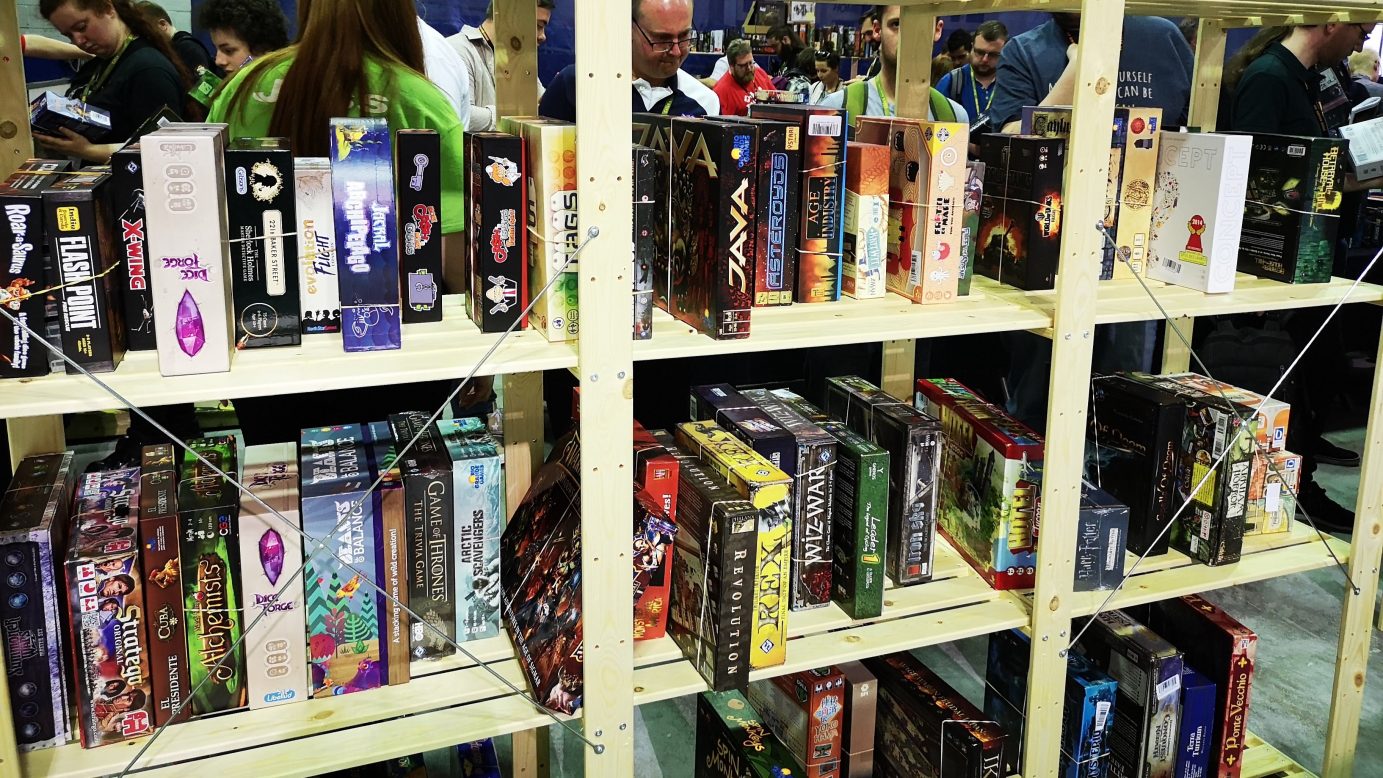 Reason 5 – You Own Newer, Better Iterations on the Game

Progress marches on. Time waits for no-one. Some games turn out to be so influential that they inspire competitors – many inferior, but some that find a way to improve meaningfully on the original. In such circumstances, which should you keep?

I bought Catan because I kind of felt I had to own it. It’s an archivist mindset – a sense that my game library is part academic reference library. Imagine you owned a set of ecclesiastic works and didn’t have the bible. If you owned a set of seminal programming texts and didn’t have Programming in C. Catan is a hugely important game, and thus I felt the need to own it. I felt the need to keep it. But also, I hate Catan so it was never going to survive a cull on that basis. 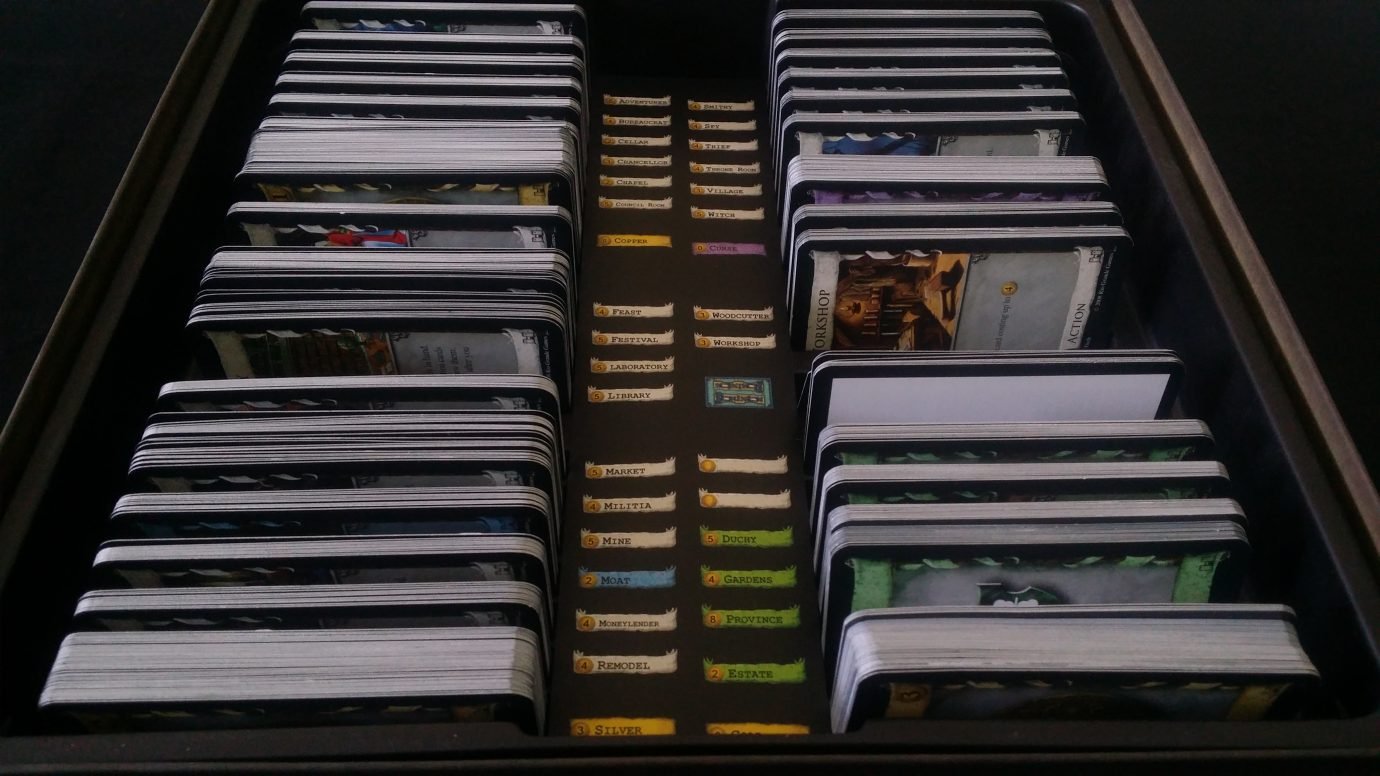 But Dominion, on the other hand…

I think Dominion is great. It’s clever. And even all these years later it’s still fun. It’s pretty much the first game that packaged deck-building up as game mechanism rather than a meta-game lifestyle. This could be the single game you own in this category and you’d be happy for years to come…

… but there are a lot of deck-builders out there now and some of them are really, really good. Maybe you own Star Realms, which is quicker and smoother than Dominion. Maybe you own Clank which is meatier and more exciting. They’re not the same game, but y’know… they take on the same flavour in your balanced diet. Do you really need two sources of Vitamin Deck-Builder? How about three? How about ten?

Reason 4 – It Needs You to Git Rich

I’ve made no secret over the years that I think a number of the business practices adopted by certain companies are borderline exploitative. They sell you a little taste in a starter box or a core set and they lock the actual game behind tens, hundreds or even thousands of pounds of further investment. The Blood Bowl boxed set for example contains just two teams. Each further team will cost about £20, and if you want the league rules you need to buy them separately. I love Blood Bowl, and while I almost never play the physical game I’d put money down if there weren’t already video game versions that are just easier to fit into my day. That’s okay – the game is good enough to justify this kind of lifetime spend and you can have fun, if not fulfilment, at lower levels of investment. The Blood Bowl starter set is enough for someone to enjoy Blood Bowl forever. 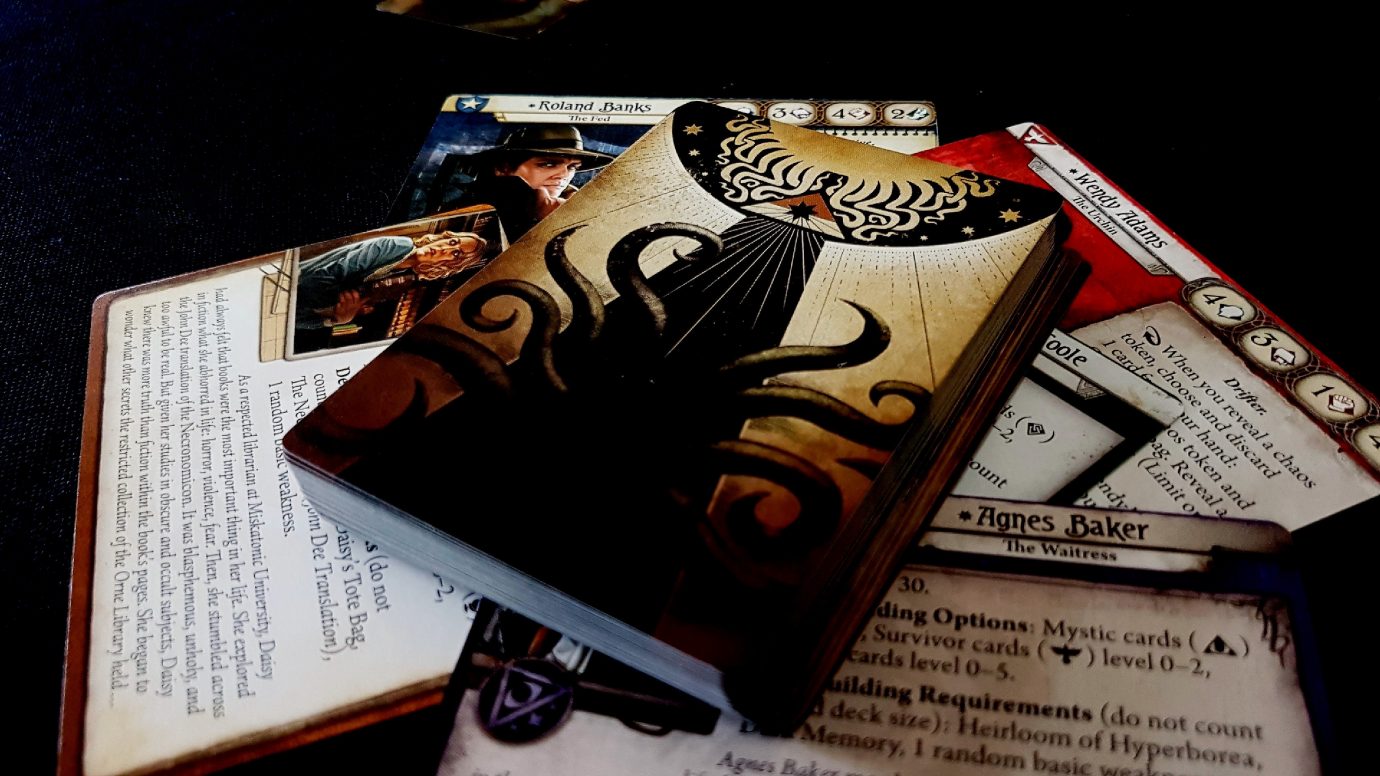 The Arkham Horror Card Game on the other hand is a mix of genuinely excellent game design, superb sociological story-telling, and an innovative system for driving forward a progression driven campaign. I genuinely though it was a great game and I was actually willing to commit myself to buying the next expansion set, assuming it would take the first few scenarios of the core to their conclusion. Nope. That expansion give you two new scenarios, with six more needed to take you through to the story’s end. Horror thrives in the unexpected, and so while technically you can replay scenarios I think it’s a poor way to get the most out of the game. You need new story drip-fed into the game to keep the sinister suspense alive.

Reason 3 – It Doesn’t Have A Compelling, Unique Pitch

This is a different, but related back-up to reason five. Sometimes games don’t actually obsolete other games, but rather simply fail to complement games in your collection. This might not be a problem for some people, but it really depends on why you have a collection at all.

Some people have a collection that is full of games they like. It’s a collection automatically simply because it has more than one thing in it. That’s great – it’s probably the healthiest way to approach this hobby. Some people though, myself included, have a more pompous ‘game library’. The implication there is that it’s a resource. It has coverage. It’s carefully put together in a way designed to ensure the kind of options needed on a day to day basis.

Friends with kids coming around? Well, that’s why we have Potion Explosion and Colt Express – bombastic, tactile games that can be enjoyed by kids and adults at the same time. ‘Serious gamers’ turning up? Well, let me show you to our Dry Eurogames aisle. Ah, you’re looking for a game that is suitable for educational purposes? Let me direct you to our easily prototyped social games.

A game library as opposed to a game collection is a working archive. It has a job to do. Games have to justify their position on the shelf in such circumstances. 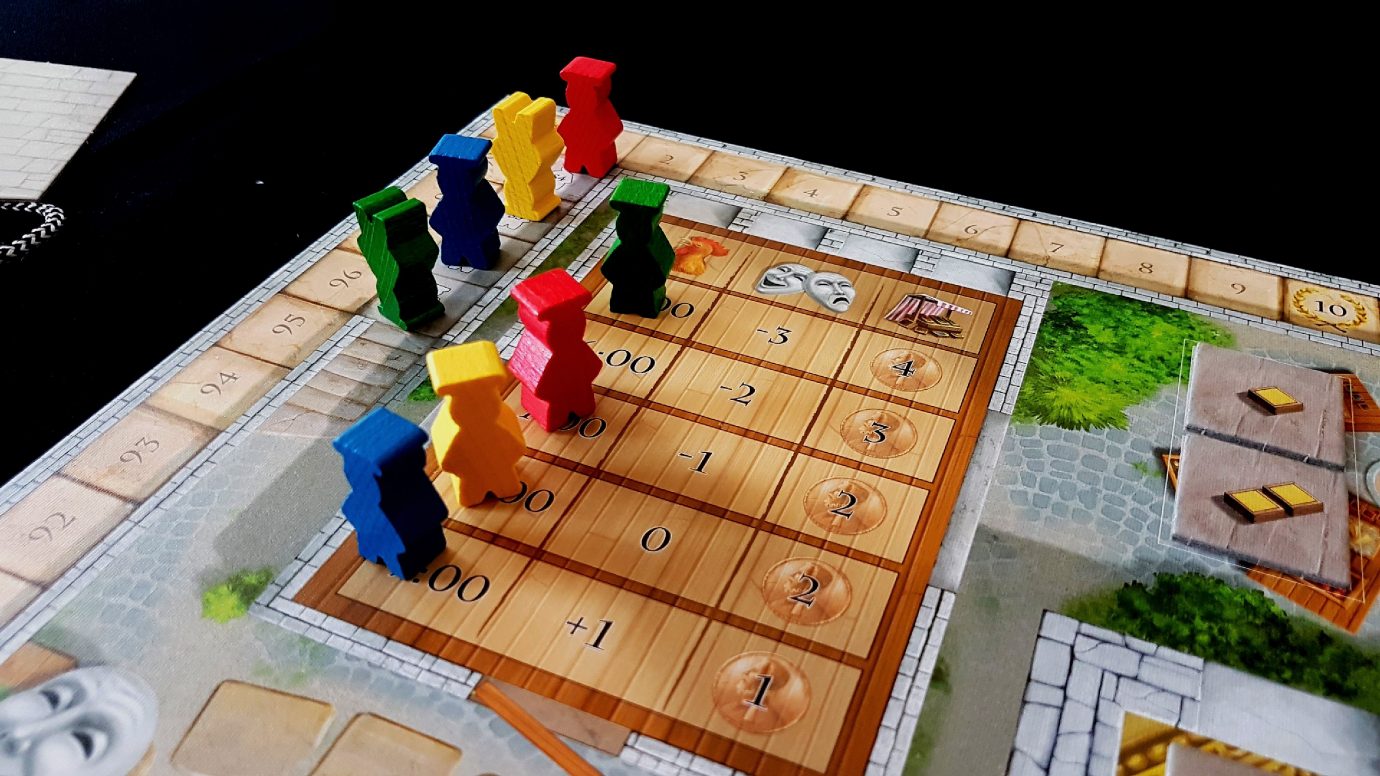 And games like Fresco, at least for me, fail to do that. Fresco, Viticulture, Village – they’re all definitely different games, but I don’t think I need to have all of them. The experience I get from each is different, but not different enough when their shelf space could be given over to a game that offers dramatic and striking alternative. Coke and Pepsi are different cola drinks, but most people would pick only one of them (Pepsi, unless you’re a weird monster) as well as, say… Fanta… if they had to stock two different bottles of soft drinks.

Reason 2 – The App is Just Better

I know, this marks me out as a heretic of the highest order – no better than a wild beast. Someone of my ilk probably eats more board-games than he plays. Let us pay this foul demon no further mind.

But you know I’m right.

A lot of us play board games to get away from screens, and I completely understand that. There is though a massive logistical cost that comes along with this. Let’s say I want to play Through the Ages right now. This very minute. The thought just came to me. How can I make that happen?

Well, I could take the game down from my shelves. Call up some friends. Say ‘Hey, drop everything you’re doing it’s an emergency no time to explain I’ll tell you when you get here. Also bring Doritos’. Calm them down after they threaten to punch me when they get to my house. Get them seated around the table. Spend three hours working through the game. Have a fun time. Buy a new phone so I can get around the block they all put on my number. I can definitely do that. Time from thought to finishing up the game – probably a good five or so hours. Add more if you’re not going to be nakedly manipulative of your friends. In more normal circumstances, the time from desire to conclusion is probably on the order of days.

Or… I could just fire up the app on my phone and be done with a full game of TtA in about half an hour. Find some randos online I I don’t want to play against the CPU. I can play it maybe a dozen times on the app in the period it would take to play it once in real life. In our ‘Ten great board game apps’ feature I talked about how the thing that makes an app great is that it improves upon the real game experience in some meaningful way. Some improve so greatly that the original game itself becomes all but obsolete. 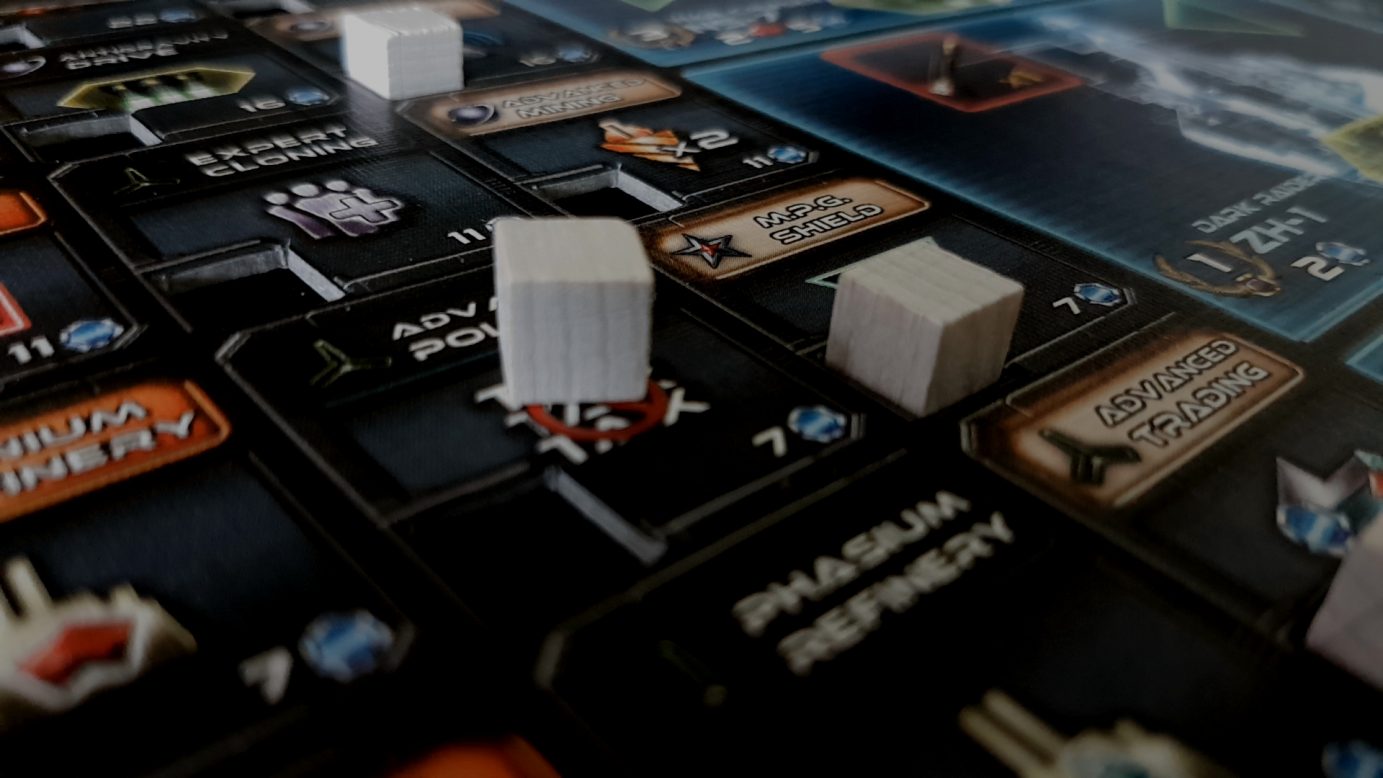 Reason 1 – It’s Dragging Down the Quality of your Collection

We’ve been on a ‘one in one out’ policy for our collection for quite some time. On the one hand, that makes buying new games psychologically awkward. You spend £50 on a new game and there’s no guarantee it’ll displace anything you have on your shelf. Where’s the fun in that?

On the other hand, we know that every single game that enters our collection will increase the average quality of the whole. If I replace a three star game with a four star game, the library becomes better. It’s Darwinian evolution in cardboard. I always feel a thrill of satisfaction knowing that the mean star value of my shelves just got a little bit higher.

The other way to really improve the average quality of your collection is to just get rid of the games that you don’t actually like. Don’t keep them just because you bought them, or because you might be visited by someone that would like it. Set yourself a cut-off point for your games, and spend a bit of time thinking about which of them are really adding anything to your life. 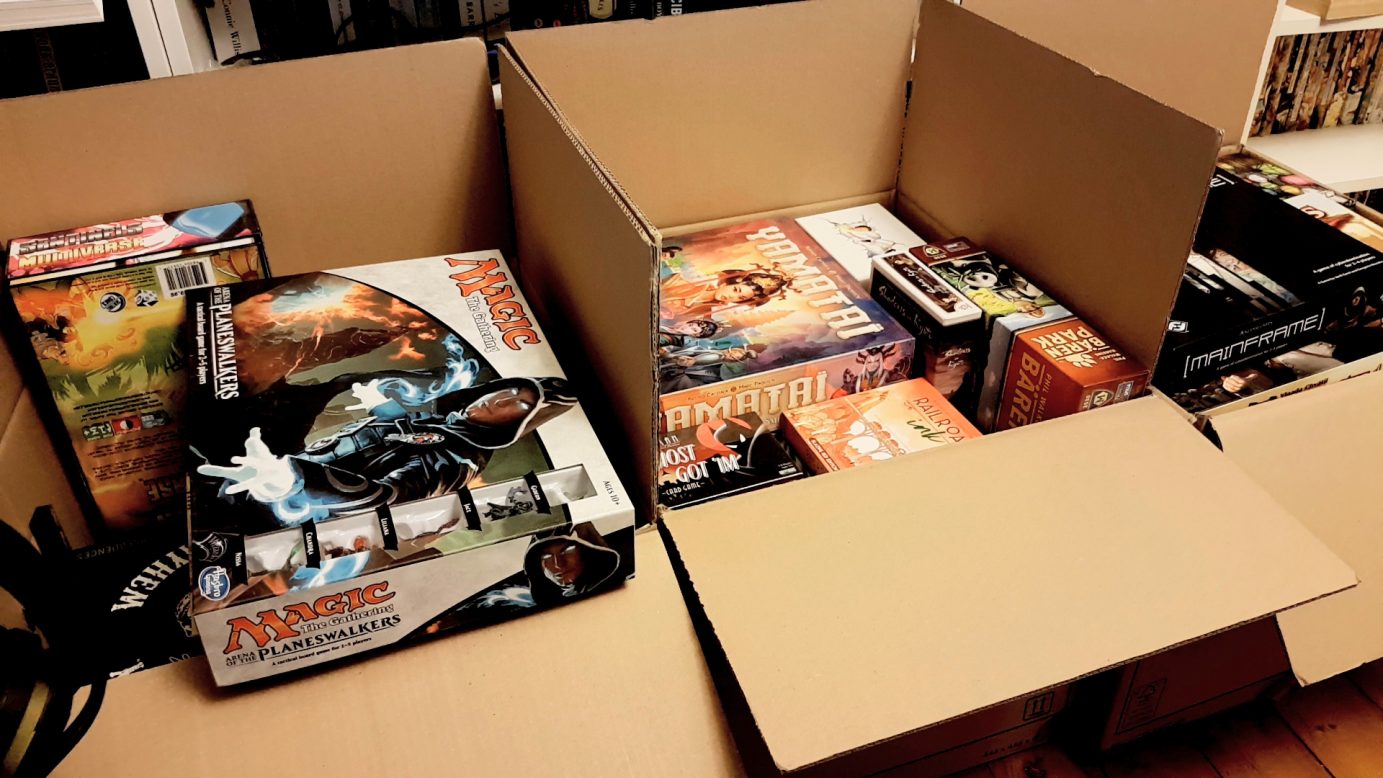 I was actually a bit more cold-blooded than this in our last big purge. Games I liked ended up culled just because I didn’t like them enough. I set myself a line of ‘four stars and below’ – any game that was merely great got seriously evaluated as to whether it was something that should stay on my shelves. Many of them did – but every game I have cited elsewhere in this post was at least that quality and didn’t make it. Anything merely good likely got lobbed into a box for being sold. Good enough isn’t good enough any more. Small World? So long. Survive: Escape from Atlantis? Goodbye. Lanterns? Lovely but still – see you later, Photosynthesis, Queendomino, Last Will, Terror in Meeple City… all good, all gone.

To be fair, I wouldn’t have done this if I wasn’t in the position of having to massively cut down on what I own. I probably would have been happy to keep games that were merely good if I knew I’d have the house-space to hold them. I think though if you looked at your collection and said ‘I am only going to keep the ones I actually like’ you might find that a few rogue titles have been taking up valuable shelf space that could go to a more deserving, better game. I’m going to keep that in mind as I go forward.