Number Five on the Meeple Like Us Ten Top Best Board Games 2018 Edition!

This is it – the real best board games of 2018. The ones we talked about earlier? They might be VIPs but you and I both know they’re not getting into the real VIP area where there’s a chocolate fountain and a cheese fountain. Do you want chocolate cheese? Cheesy chocolate? You can have whatever you like, because you’re a winner.

There’s only one real winner in a list like this but you’re at least not a loser.

I guess any game that falls short of #1 is a loser. So I guess you’re the fourth loser?

Michael Picks: Suburbia (Down from #4)

Suburbia was the earliest thing I reviewed for Meeple Like Us, and for good reason – it’s was the first time I had played a board game where I thought ‘You know, I have to talk about how clever this is’. Suburbia is what got me thinking about board game accessibility, and about how game design, game aesthetics and game complexity intersect in fascinating and important ways. Meeple Like Us in many respects would not have existed without this game. It might look like a kind of pornography designed entirely for a chartered surveyor but this is a tight, funny game of decisions that lead to satisfying triumphs and equally satisfying catastrophes. It gives you highs and lows in equal measure and with all the syncopated creativity of improvised Jazz. Again, its slight slip down the rankings is more a reflection on the quality of other games I’ve played this year rather than any alienation of affection. 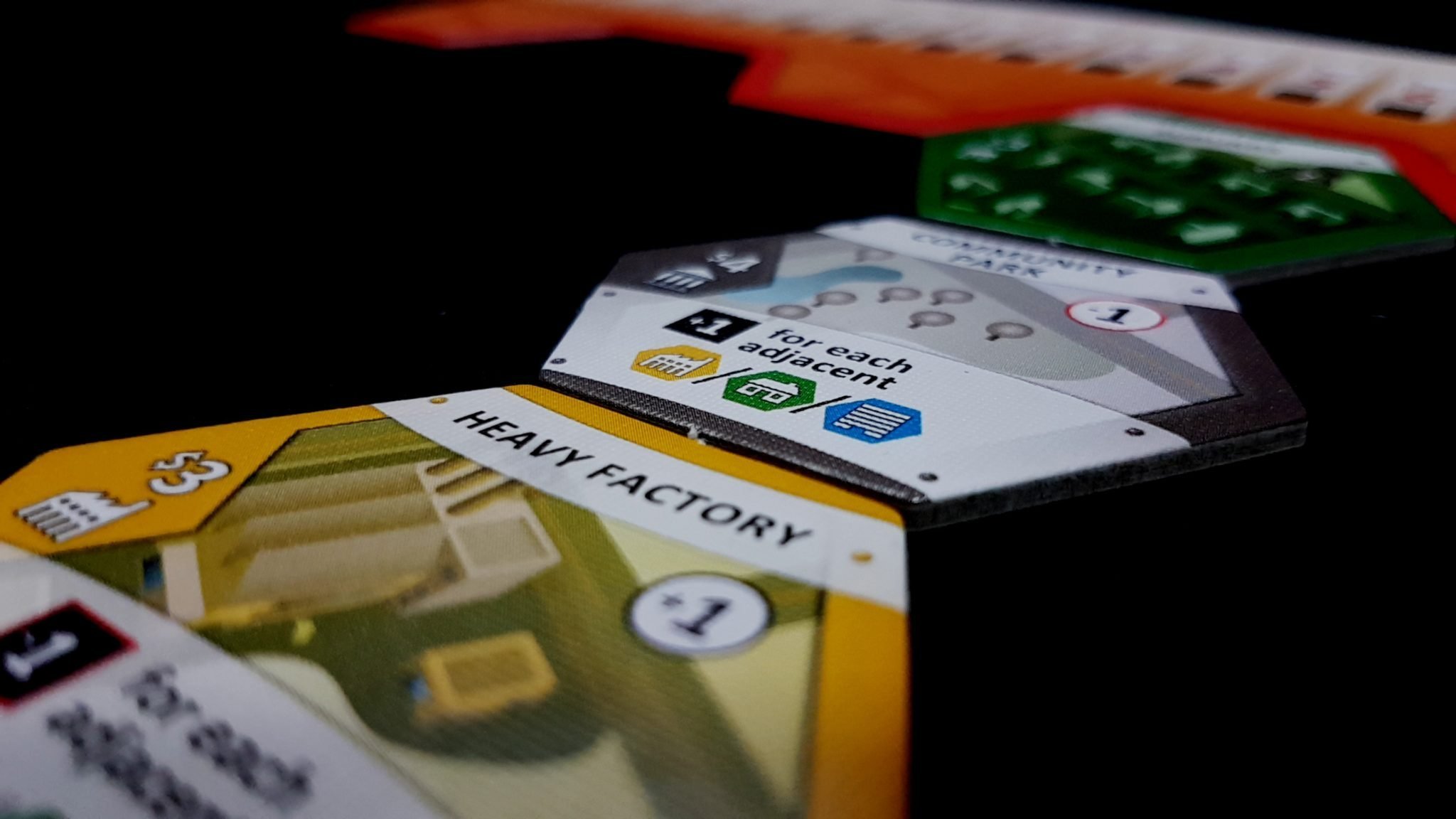 Pauline: The thing about Suburbia is that you spend an awful lot of time staring at some of the ugliest game components we have in our gaming library. It’s fun, but it just looks like someone butchered a clipart program from the nineties and then made us play with its corpse over the course of two hours. It’s like playing with your food in a cemetery.

Michael: Funny, I never really get a necromancy vibe when I look at Suburbia. It’s weird the way your mind works.

Pauline: It’s probably something to do with the way you put the graveyard next to the canning factories. Just what are you up to?

Michael: Hey, Soylet Incorporated is going to make us rich one of these days, just mark my words.

Pauline Picks: Sheriff of Nottingham (Up from #9)

Sheriff of Nottingham is a lot like Once Upon a Time in that the fun it generates depends on the group around you but it has held its value the more I’ve played it with different groups. In fact, it hasn’t just held its value – its value has accumulated like a wagonload of smuggled crossbows in the middle of the post-Brexit apocalypse. I think this year mostly I’ve been interested in exploring lighter games since they work well for the kind of groups I tend to be playing with. Sheriff of Nottingham works really well in that capacity.

Sheriff of Nottingham reminds me of a game from the eighties that I still have somewhere – that one is called Smuggle, which in turn is a rebranding of an earlier game called Contraband. Sheriff of Nottingham is a much more elegant game though it shares a lot of similarities. 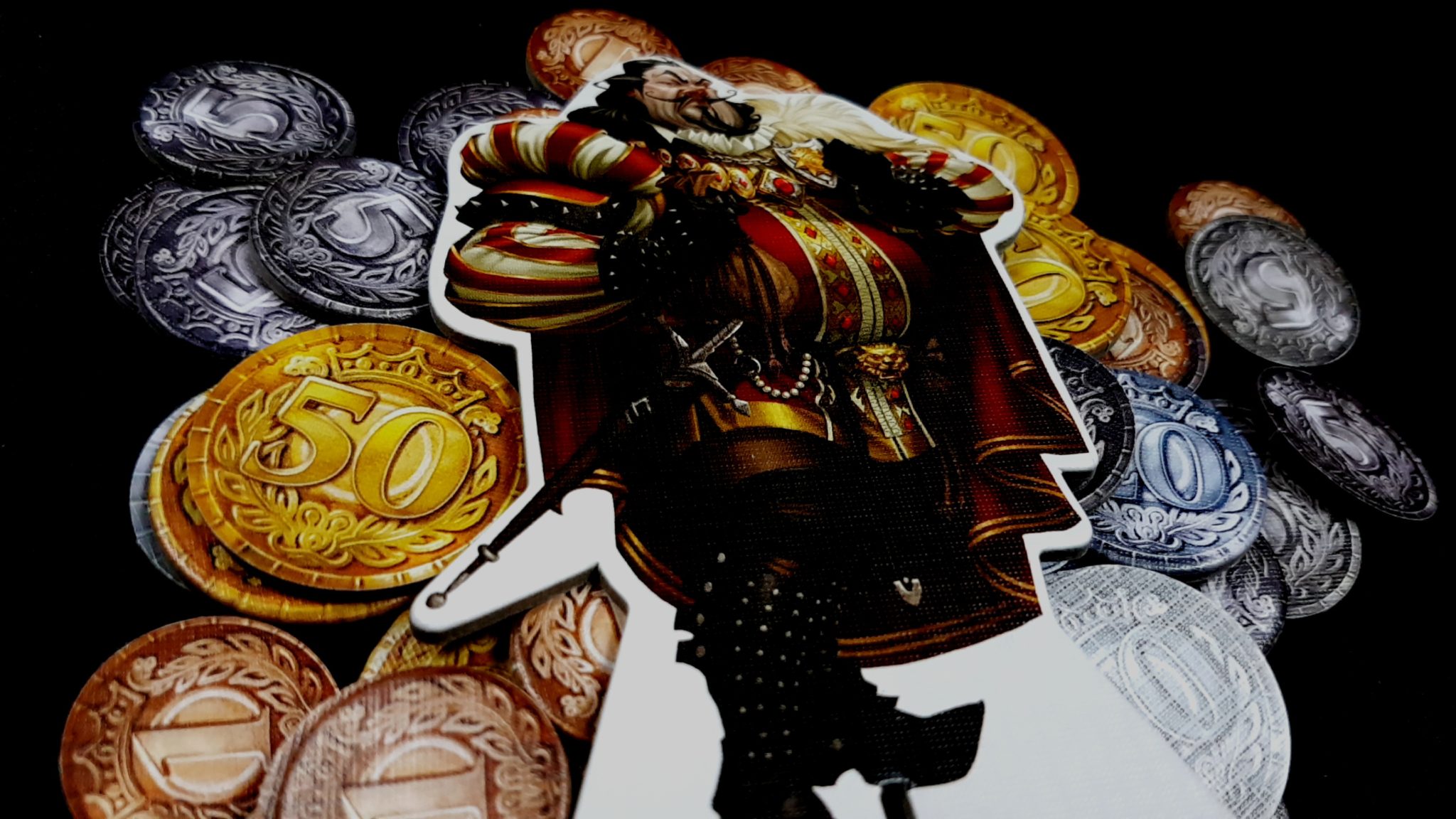 Michael: You might have been stockpiling crossbows, but I’ve been stockpiling honest, legal apples in preparation for a no-deal. Apparently we’ll all have to ‘change what we eat‘ because fresh produce won’t be getting in from Europe. At least that’ll make the game easier. ‘I’m smuggling in five apples, Sheriff’. ‘No you’re not because the only people that can afford to do that are the wealthy hard-line Parliamentarian Brexiteers that were the only ones to win in this whole sorry mess’

Pauline: Give a man an apple and he eats for a day. Give a woman a crossbow and she eats for life.

Michael: I’m not sure there’s all that much meat to be had on Jacob Rees-Mogg but I like where your head is at.