Number Ten on the Meeple Like Us Ten Top Best Board Games 2018 Edition!

The Number 10 position in any list of the best board games is like the winner’s circle of the Hunger Games. Every game on here had to fight its way through a charnel house of competition to end up on the podium. Look at their eyes – they’ve seen things. They’ve done things. Look at their hands – still caked with powdered dice remnants from the battle. Just don’t look behind them if you’ve got a delicate constitution. There are disfigured meeples, broken pawns, and ripped carboard boxes as far as the eye can see. Perhaps it’s more accurate to say ‘the survivor’s circle’ of the Hunger Games. Nobody wins here except those of us who will go on to use these poor devils for our own twisted amusement. Go us!

Michael Picks: Once Upon a Time (stable at #10)

My word, this is a game that is a constant joy. Forget Cards Against Humanity – if you want to know the bleak cruelty of the human soul you’ve got few better choices than Once Upon a Time. Fairy tales are horrifying when you really pay attention, and as such they are a natural home for the darkness of the reality in which we exist. Once Upon a Time gives you the perfect setup for exploring the most forbidden contours of your repressed psyche. You’ll find yourself effortlessly telling tales of such grim depravity that all anyone can do is laugh. It’s a game that is so simple that it’s genuinely unfair that it’s this good. And yet, it is. It is SO GOOD. 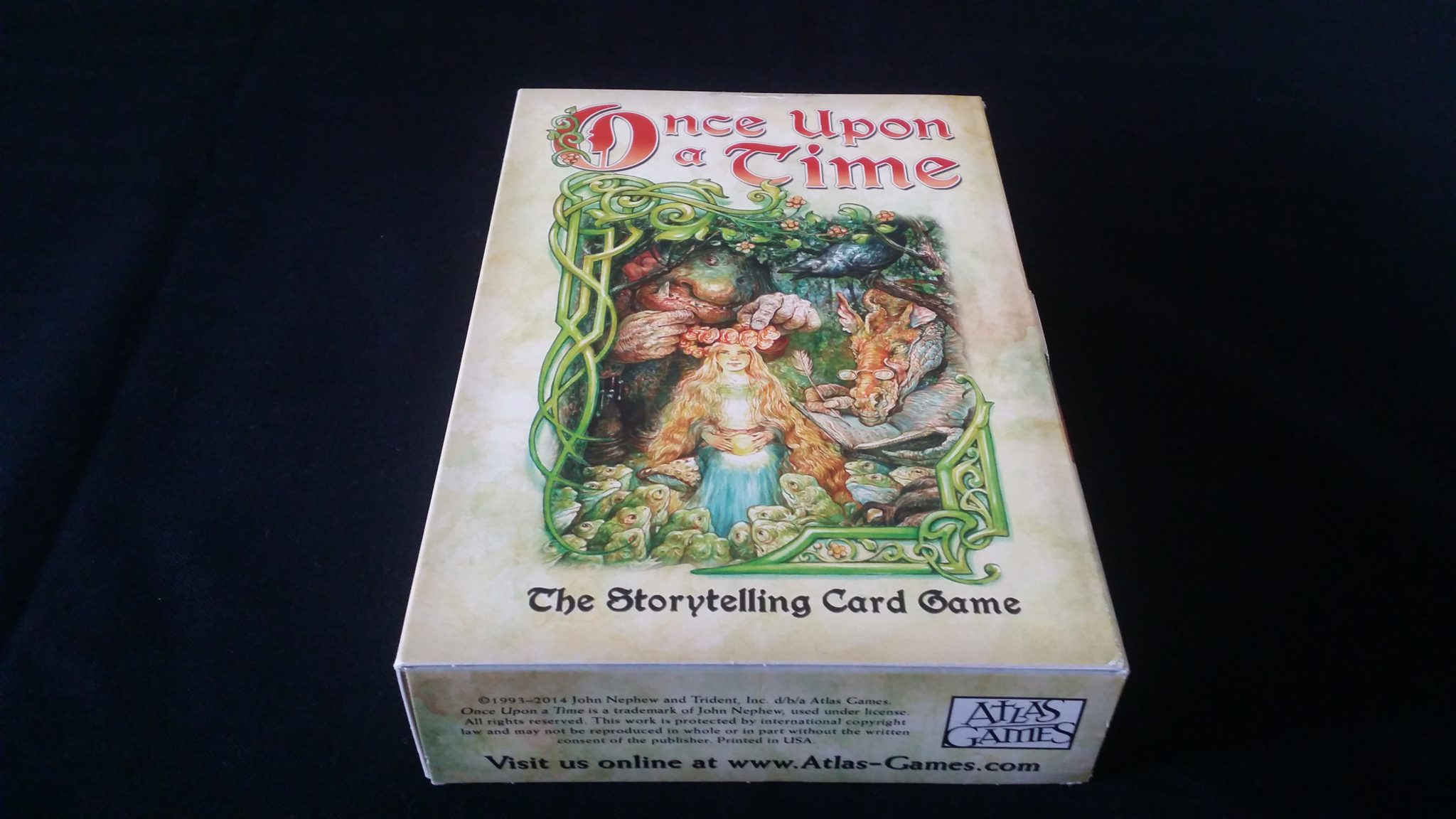 Pauline: You just like living in a fantasy land because your real life is so grim. It’s a grim fairy tale.

Michael: Also inhabited by evil creatures and vicious trolls, although less so now that I’m not reading Reddit so often.

Pauline Picks: Terraforming Mars (In with a bullet)

Terraforming Mars is absolutely full of interesting decisions – I’d say it was a meaty game if there were any cows on Mars. It’s not one that overstays its welcome either – it drags on a little at the end but it’s pretty pacy. It’s a half marathon rather than an ultra. You spend so much time focused on the intricate engine you’re building on the Red Planet that by the time you come upon the end you don’t even realise how much time has passed. All there is between you and the immensity of space is what scant living you can scrape out of the Martian soil and that’s more than enough to keep your attention. There’s something very satisfying about the theme – it feels cathartic to build a place for us to live on Mars. Given where we currently are with Brexit, it might be our best bet for surviving the coming decades and their inevitable water wars. 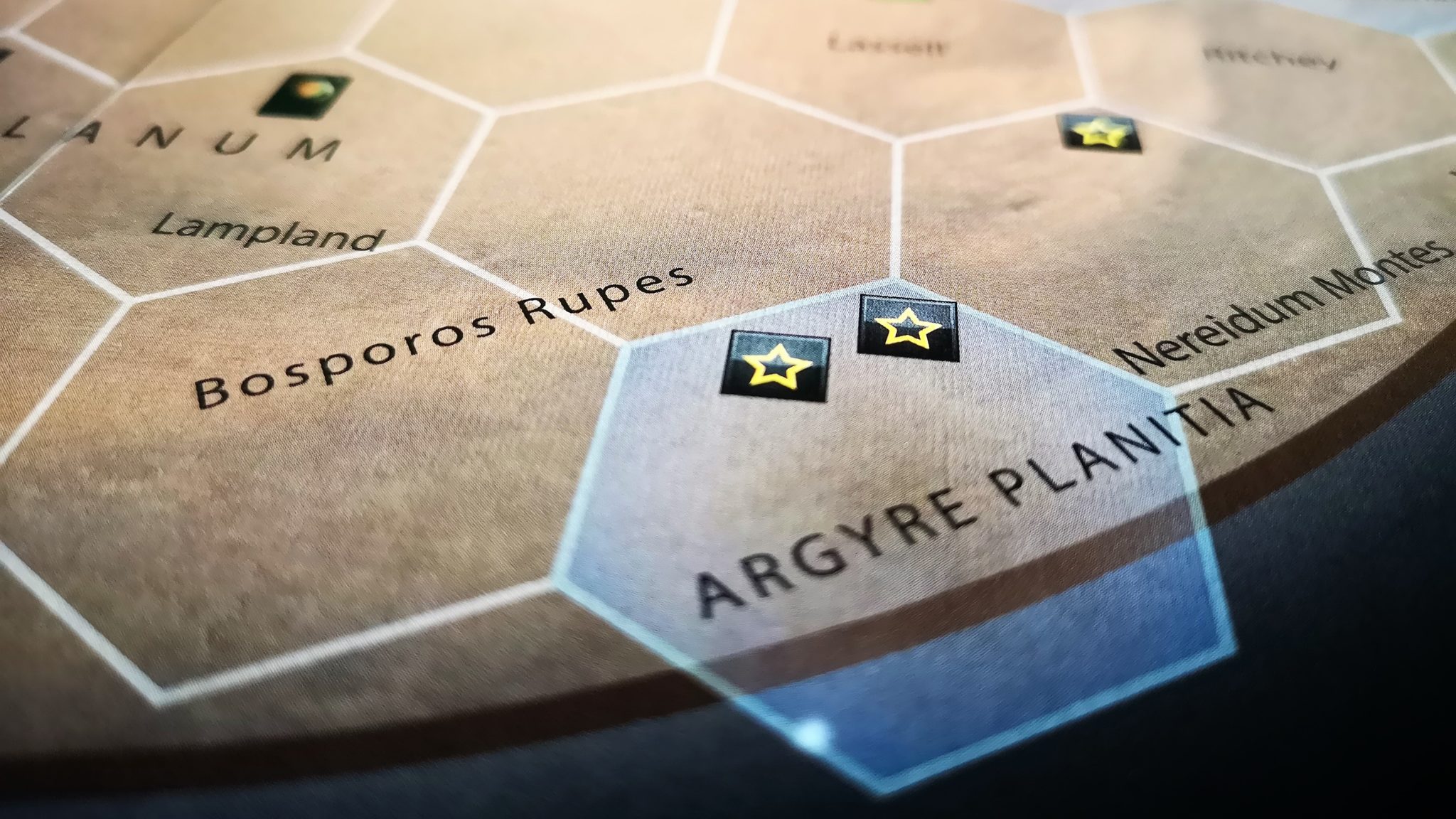 Pauline: Most people are aware a half marathon is 13.1 miles…

Michael: No they aren’t…

Pauline: … even if they haven’t done one themselves.

Michael: Which they haven’t…

Pauline: An ultra is anything longer than 26.2 miles… [editorial note: The rest of this ten minute diatribe redacted for the convenience and comfort of the audience. See Brechin Road Runners for more of Pauline’s many thoughts on running]