Number Eight on the Meeple Like Us Ten Top Best Board Games 2018 Edition!

Far be it from me to say that any game on this list is here purely on a whim – a privilege as easily revoked as it is granted. I mean, it’s not like tastes change or better games come along. It’s not that the inexorable passage of time is a forced march into the relentless chasm of entropy. You should feel proud of being here, eighth best board games. You’re here because of your accomplishments. I’m sure you have nothing to fear from the future. This is your time to shine, and shine you do. You shine like diamonds. Perhaps though that’s because of the immense pressure you’re under. Nines to the left of you. Sevens to the right. Here you are – stuck in the crucible with me.

Michael Picks: Innovation (Down from #7)

Blimey, I have never encountered a game before that made such a powerfully positive first impression on me. Innovation gives you a generous deck of cards and bids you to build an empire with them. As it does it whispers gently in your ear that your civilization would be doing so much better if you could just destroy every other sign of progress you could see. ‘Everything the light touches’, it promises in sweet, unguent tones, ‘could be your kingdom’. Its design is so sharp that even the edges of the cards can draw blood. It’s quick paced, incredibly clever, and as pointed as a barbecue fork. It’s slipped down this chart a little bit, but that’s no real reflection on the game itself – I remain entranced by its energy. The battleground of the Top Ten is treacherous and it’s easy for a game to lose its footing through no fault of its own. 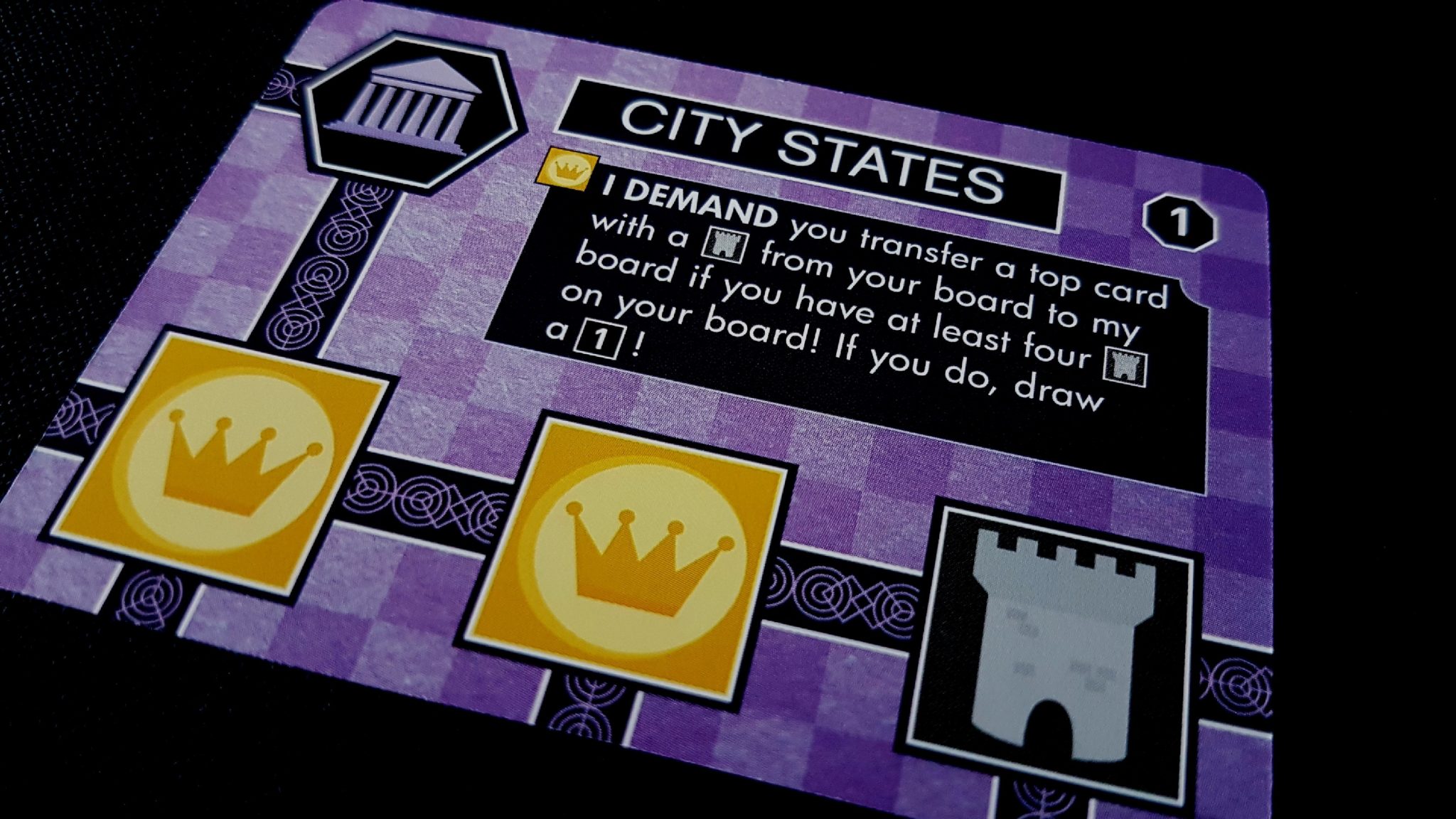 Pauline: Innovation is ace. It’s the best game ever.

Michael: Is that a spoiler for your #1 choice in this list?

Pauline: Not quite… it’s a great design but it’s not necessarily the first choice I have when it comes to having fun of an evening.

Michael: Ah, okay. What is?

Michael: I can’t say that does my reputation as a sizzling lover a lot of good.

Pauline Picks: Azul (In with a bullet)

Azul is one of the few new games that we’ve played over the past year that I’ve found really memorable. It’s got the really satisfying hook of games like Sagrada, but there’s something about it that elevates it higher. Probably because it’s got a good deal more bite. It’s very bitey. It’s basically a box full of sharpened teeth that you use to gnaw on the Opal Fruits you get as coloured playing pieces.

It’s also quite lovely to play with – those tiles just feel so thick and clunky and make really nice sounds when you lay them down. One of the reasons I used to like Poker was the clickety-clack of the poker chips splashing down onto the pot. People underestimate the value of sound design in board games and Azul has it in spades. 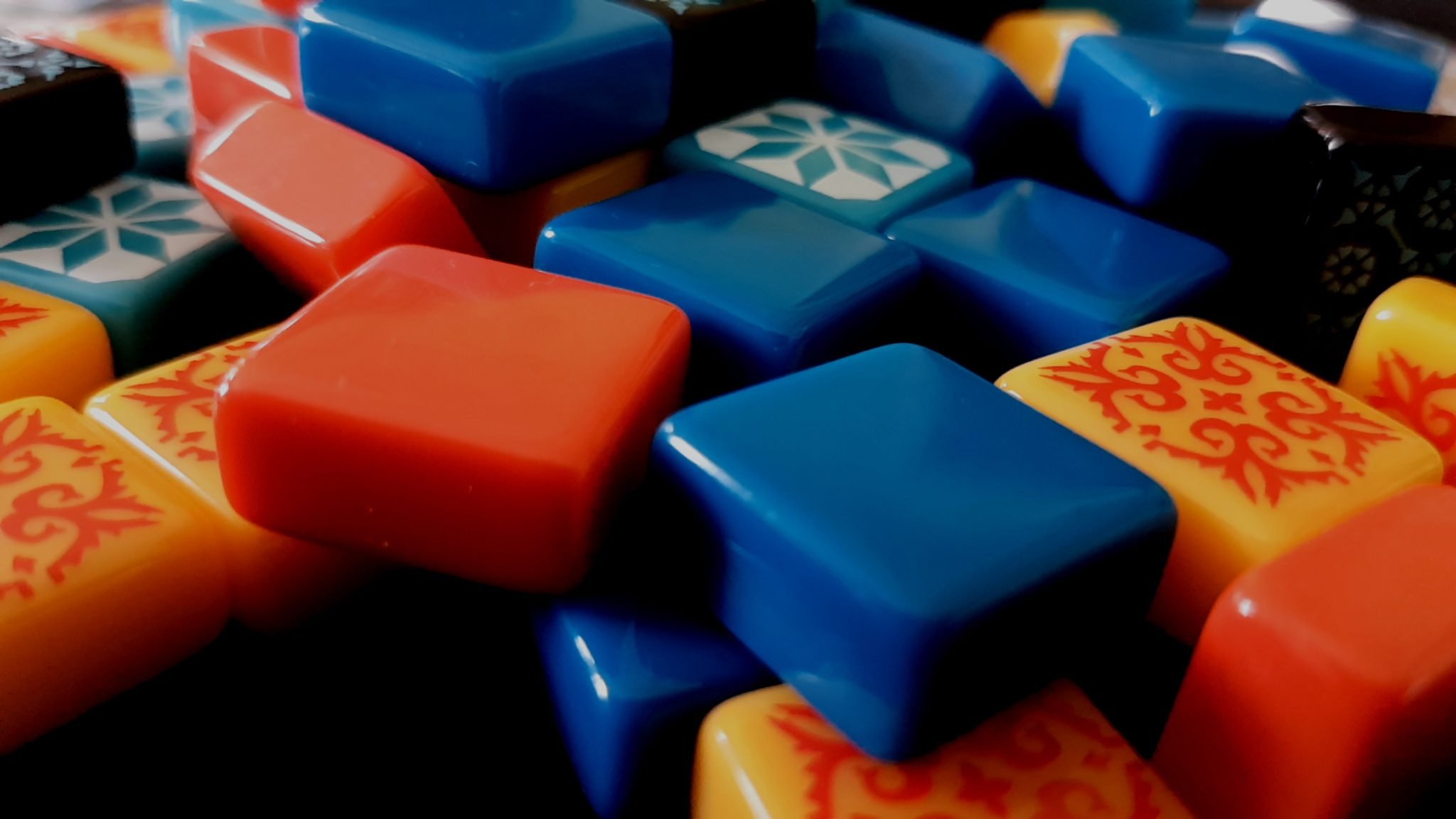 Michael: Is that why I always catch you chewing on the tiles? Seriously, our copy of Azul is soggy all the way through.

Pauline: I haven’t eaten any of the tiles.

Michael: I’m pretty sure I saw you crunching on a few of those during one of your interminable marathon runs.

Pauline: That was a Graze bar.

Michael: Well, I just checked and there’s no longer any Graze bar in the box – so that all checks out.