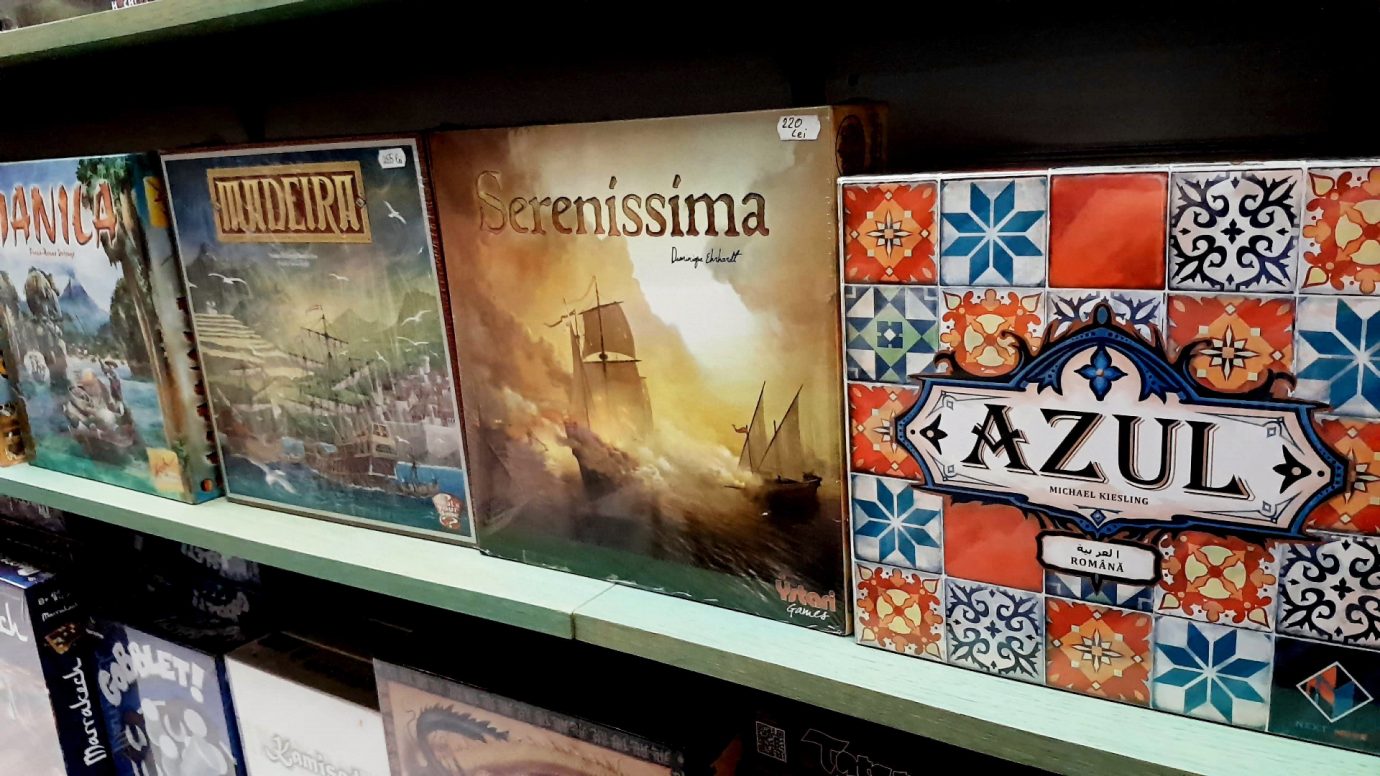 For those that would like to bring attention to especially good work they’ve seen, or even point out something of their own of which they are especially proud, drop a comment under this post. We also have a Meeple Like Us Subreddit, and if you feel happier adding your favourite posts there then there will be a comment thread for this post right there. I promise to remember to check it. Occasionally.

We’re off to Tabletop Scotland this weekend, and as usual we’ll have a Saturday teardown for you – so you’re getting this one a little bit earlier because we just won’t have time tomorrow to do it. Or maybe you’re getting it the same time as usual. I don’t actually remember if we usually post these at the end of the month or the start of the next. It doesn’t matter, it’s all good. Here’s your roundup!

Coming in too late to make last month’s roundup is this article from ICV2 which pegs the hobby game market in North America at $1.5bn. That’s billion with a b. Beeeeelion. Collectible games lost about 3% of their value, but hobby games (the likes of which we all play) grew 13%. Similarly hobby card and dice games (+15%) and roleplaying games (+22%). Non-collectible miniatures games though had the fastest growth at 32%. Every year, the numbers get bigger but according to ICV2 this is also the slowest growth period since 2013. A lot to digest here, especially when you also take into account Games Workshop reporting a doubling of profits in their latest annual report.

This is about video games and media coverage, but Chris Bratt has a great thread about how the dangerously irresponsible scaremongering headlines you see in the less reputable scandal rags are engineered. Just remember that as the furoe around the Madden shooting builds and is supported by a media landscape driven more by thirst for clicks than journalistic integrity.

I like Skull – it’s a great game that captures the soul of poker and removes all the relatively tedious card-play from the equation. I was enamored then by this print and play version of Skull that uses poker chips instead of the beer mats that you get in the boxed version. Super cool.

James Naylor has a great post about negativity and objectivity in game reviews. He and I have chatted a bit about this and related ideas in the comments of this blog. It’s great to see him develop his ideas into this fascinating post. The comments are also well worth reading. Check out his whole blog in fact – it’s good, thoughtful and insightful commentary on a range of issues.

In accessibility news, the fine folks over at Blood on the Clocktower put up a tremendous post on how they made their game accessible for the blind. As you might image, I am always delighted to see more people talking about accessibility.

I’ve written a fair bit about the anxiety that comes from Patreon – I think it’s important to be honest about these kind of things so that you can help contextualise these experiences for people considering that path. Jackson Pope over on the Creation and Play blog has spoken about the emotional rollercoaster of Kickstarter and yeah – I think you should read it. Also, check out what Newcastle Libraries are doing with board games down Jackson’s neck of the woods.

As part of this week’s Axschat, I was talking about board games and accessibility, and one of the questions was about whether there is any universal inaccessibility that is shared by every game. If there is one, it’s almost certainly the rule books and the expectations we put on people to learn how a game works. This post by Joshua Yearsley is an important contribution is improving the state of manual writing. Manuals are important, and while many are good there are also plenty that are very, very bad. Get someone to properly edit your manuals! Give Paul Grogan a nudge.

Do you ever look at the accessibility work that we do and think ‘You know, none of this sounds all that much of a problem. People can just <insert compensation here>’. Well, UrbanCripple over on Twitter has a thread that posits a thought experiment that I think might clarify why ‘Just do X’ is often very unhelpful, even offensive, advice.

AnnaMaria Jackson-Phelps has a post up on Girls Game Shelf about dealing with board game conventions, and if you’re attending for the first time it’s must read. It’s shorn of all pretentions and just gives you ten excellent hints for getting the most out of what is often a confusing and overwhelming time.

There was a fascinating conversation over on Reddit this month about the BGG Weight rating. What does it mean, what should it mean, and should we think about splitting it off into ‘difficulty to learn’ versus ‘difficulty to master’. I’m not sure that’s the right solution to the problem – the erratic values assigned to BGG Weight seem more like an unavoidable artefact of unmoderated crowdsourcing. It’s still well worth checking out the discussion.

Do you want o know what it’s like to give up a stable career in tech in favour of an unstable career in game development? Boy, do I have a treat for you! It’s from John Brieger and he’s outlined his experience going from one to the other in an excellent blog post.

We talk about representation in every accessibility teardown we do. We talk less about why it matters. If you can read this thread by Kimberly Yam and come away still asking that question I think you should examine your soul for the piece that broke off and went missing at some point. If you want to improve diversity in tabletop gaming, then you can also do worse than getting touch with @SenFoongLim.

Social media can be toxic, and it’s rarely more toxic than when women of colour enter the screeching fandoms of popular culture. Seriously, what the hell is it about liking a franchise that turns people into utter irredeemable assholes? Kelly Marie Tran was recently bullied off of Instagram and wrote up her thoughts for the NY Times. There are echoes in here of the story Kimberly Yam told, and you know – maybe people should spend less time throwing their bile at the screen and more time listening to what they are being told.

I liked the Last Jedi. I liked Kelly Marie Tran in it. Fight me.

Also, check out Jameela Jamil talking about cultural pressure and how society polices the looks of women. It’s not directly relevant but Jameela Jamil is a god-damned treasure and the best thing about the Good Place existing as a TV show is that it gives her a bigger platform. I wear a bracelet now with WWJD on it. What Would Jameela Do?

There are few things more discouraging in the world of ‘content creation’ (urgh) than seeing people complaining about the lack of content that you and others are already putting out on a weekly basis. This thread on Reddit about why board game critics needs to be more critical is interesting but deeply frustrating. That content is out there – I cite plenty of it in these roundups. The problem is – people don’t support that kind of content with their shares, eyeballs or money in the way they do feel-good content or funny videos. The board gaming community gets the media landscape it votes for. If you want more considered content, support the people making it.

One of my guilty pleasures on Reddit is when people post an ‘unpopular opinions’ thread. I like judging people from the comfort of my own chair and these threads bring all kinds of dubious viewpoints into my target-finder. This particular comment though cut a little close to the bone, even if I know it’s a more widely held view than can really bear the description of ‘unpopular’. It’s just rare to see it stated with this kind of stark honesty.

Speaking of cutting close to the bone, I direct your attention to this Penny Arcade comic. That’s all.

Also on Reddit, did you see this post of Android boardgame apps? Do your wallet a favour and don’t check it out.

I’ve linked to the DIY Crafty Gamer feature over on To Play is Human before, but this 3D Heroquest board is marvelous both for the work that’s gone into it and for the pure, refined nostalgia it pumped directly into my bloodstream. That may not have been how my HeroQuest board looked, but it’s certainly how I remember it in my imagination.

I LOVE LABYRINTH. It’s one of my favourite movies of all times. When I was young all I ever wanted to do was grow up to be a goblin. DREAMS CAN COME TRUE, PEOPLE.

Anyway, wow – check out this incredible terrain sculpted by Weta. Adam Savage of Tested talks with its designer to explore how this amazingly beautiful modular landscape has been created, why, and how you will be able to use it in your own games.

Last Month, Rebecca Strang and Lauren Woolsey teamed up to create Playability – a podcast ‘at the crossroads of gameplay and accessibility’. Each episode comes with a full transcript, and it’s started off strong. I’m so happy to see this, because the Accessibility Wars must be fought on multiple fronts and this isn’t one with which I’m comfortable. Anyway, there are two ‘proper’ episodes and an introduction up right now and I think you should add this podcast to your rotation. It promises to evolve into something very important for this hobby.