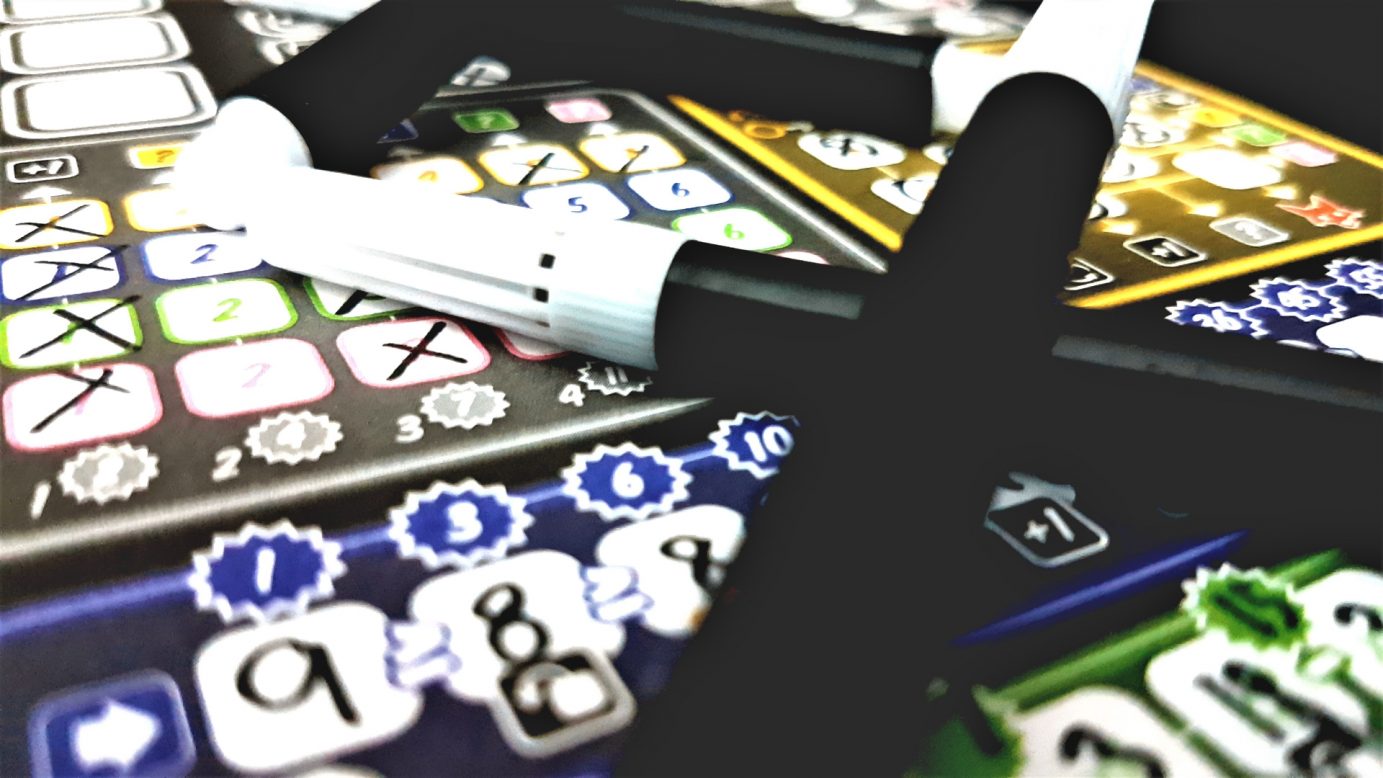 Every so often I have a kind of a ‘cheat’ teardown. It doesn’t happen regularly, but occasionally there is a game that is so similar to another that I can get along with saying ‘check out this other teardown, with the following changes’. Doppelt So Clever is sufficiently close to Ganz Schön Clever that I’m happy I can say ‘check out this other teardown, with the following changes’. Since both are good games, with Doppelt So Clever having a proper claim to greatness at four stars, I’d be happy to recommend them both your way on the basis of how much fun you’d have. That’s not all we take into account here though as you well know. Ganz had a number of accessibility issues so we need to work out whether things have gotten any better with its newer sibling.

With that in mind, here comes a holiday teardown – as in, it’s a mini-holiday for me, even if it’s not for you!

The dice chosen for Doppelt So Clever are better than the ones chosen for Ganz Schön Clever but there are still a few issues with the palette. Pink and silver have less of a difference than I’d like to see for Protanopes and similarly with the green and the yellow. That’s also going to be an issue for Deuteranopes. However, it’s not quite as grim as it might seem because you’re almost always going to be looking at these dice in a comparison with other dice. Protanopes will have the hardest time, but everyone else should be able to tell with reference to other dice which they are currently looking at. As with Ganz you can ask of the table but that’s an inelegant solution. 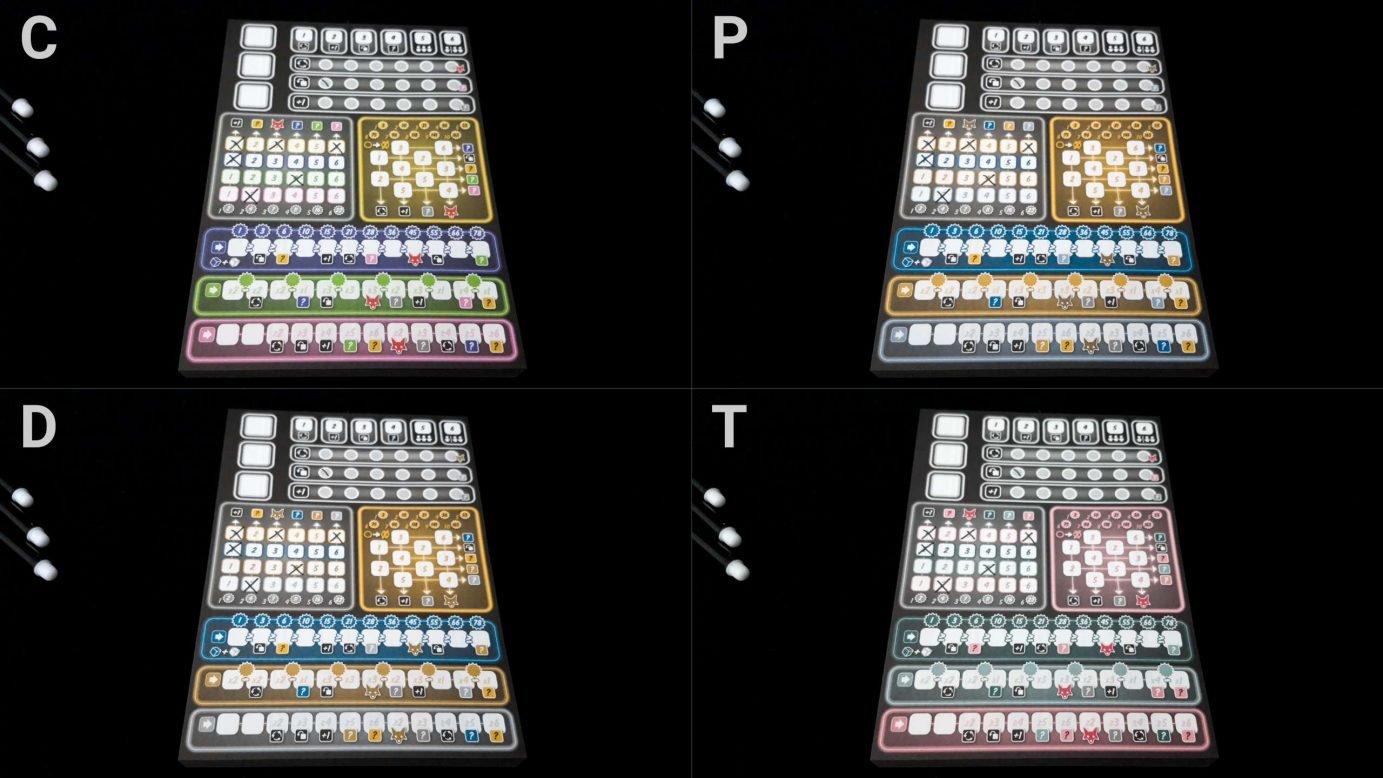 The bigger problem, and this is one that it shares with its predecessor, is that there is an imprecise match of colour on sheet to colour on dice. That means correctly allocating these is going to be a problem. You can at least learn the layout to the extent you know where dice should go, but matching based on the perceived colour of the sheet and the colour of the dice will not always be accurate. Again, asking of the table is pretty much the solution in circumstances of uncertainty and there’s a possibility that need will extend to the scoring. Any time you need to do this though you have to rely on the honesty of the group. 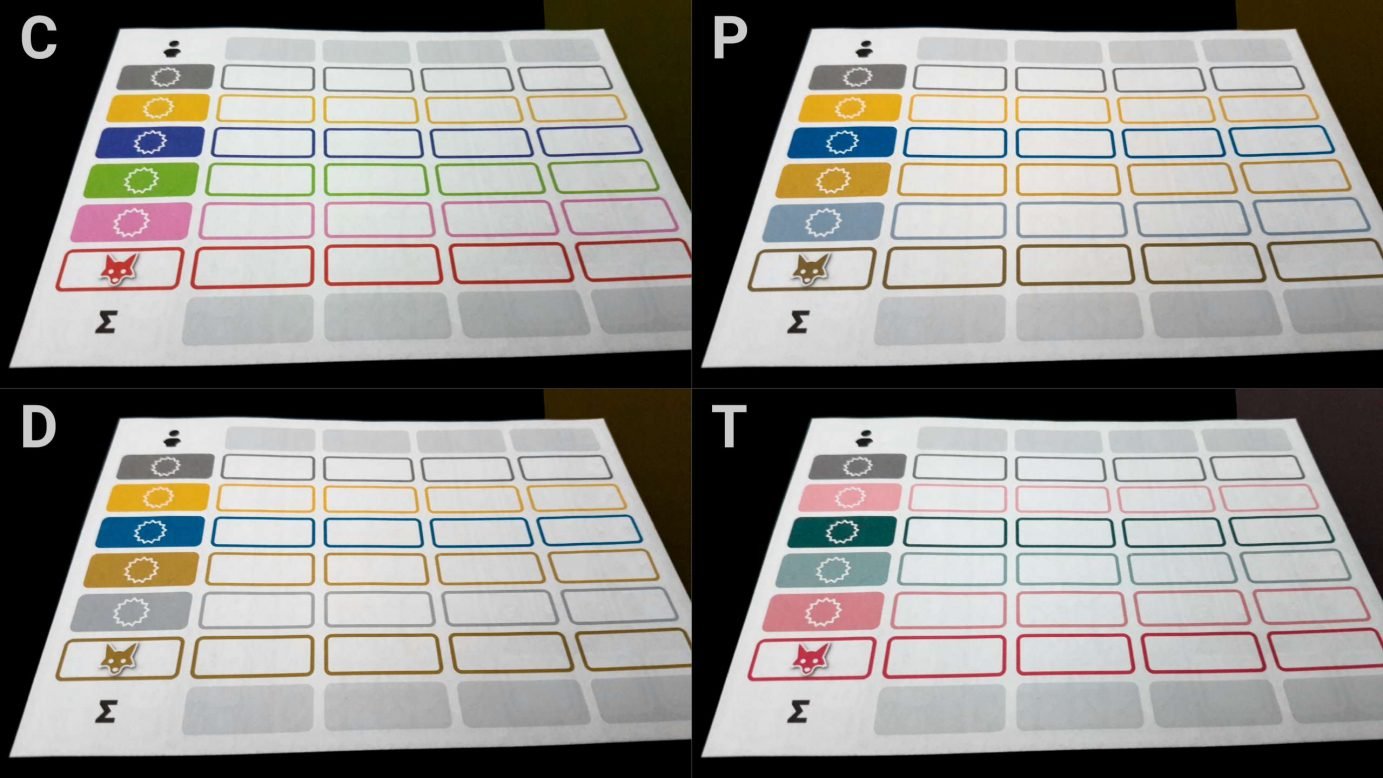 It’s a slightly better performance than for Ganz Schön Clever but we can still only give a tentative recommendation.

Broadly the story is exactly the same here, made a little more troublesome by the additional cross reference needed as a result of the silver dice and the return actions. That’s along with the fact that the green scoring line has an additional set of information (the sum of sections) that needs to be taken into account when visually parsing the pad, or having its state summarised verbally. 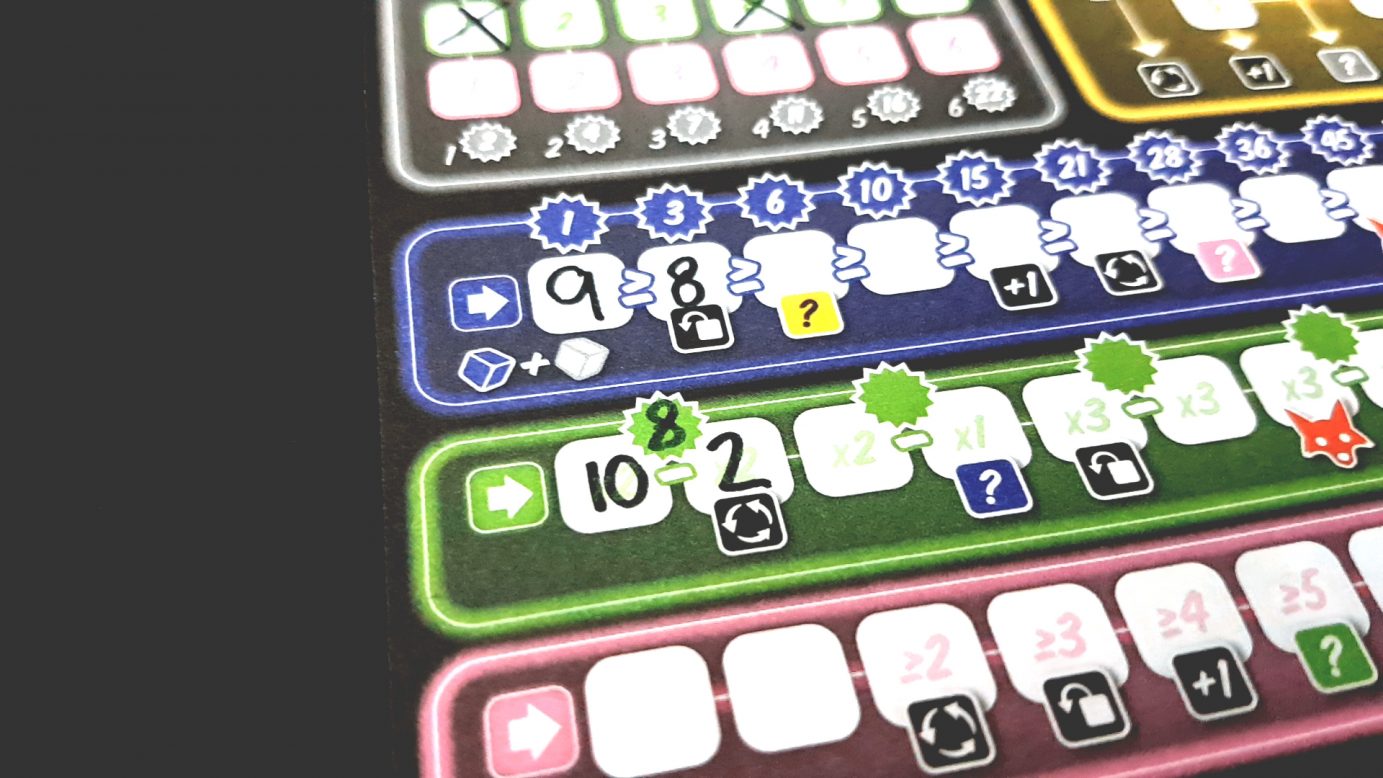 We don’t recommend Doppelt So Clever in this category.

There are new features here that have an impact in this section. Namely the introduction of the return action and the additional complexity of the silver dice. That along with the new subtler scoring implications for green, blue and pink. These mean that Doppelt So Clever has a notably higher cognitive burden for players. The accessible variant as discussed in the Ganz Schön Clever teardown would be a suitable approach here, but the simpler gameplay systems of the original make it a better fit.

We don’t recommend Doppelt So Clever in our fluid intelligence category. We can still offer a tentative recommendation in the memory category since there isn’t anything specifically new introduced here.

We can be more positive here in that the return action and the silver dice offer a number of ways to overcome the issue of ‘permanent mistakes’ that you might find in Ganz. You don’t get to undo dice placement but you do get to rescue discards if you have the actions available. However, that has to be balanced against the fact you will often be in a position where you don’t make a mistake and are still punished by the dice rolls. That’s true in Ganz Schön Clever too, but it’s more obvious in this game. We’ll still recommend Doppelt So Clever here because I think it all comes out as a wash.

It’s almost identical here except that the green scoring, with its inclusion of summative arithmetic that you need to do on the pad in tight constraints, is a little fiddlier than anything in Ganz Schön Clever. It comes out as a recommendation regardless.

The manual doesn’t default to masculinity (an issue of which I was unsure for the original) and makes use of ‘the player’ or ‘the active player’ throughout. It has no art that represents people, and at an RRP of £13 it’s an even better deal than the original because you’ll be able to enjoy it for longer. It’s basically a flawless performance here so we’ll strongly recommend it.

Refer to the Ganz Schön Clever teardown for a full discussion of this. Our grade and commentary are identical.

It always feels like I’m neglecting my duties with a teardown like this, but then I remember it still weighs in at around 1200 words and that’s already pretty long by the Internet Attention metrics by which content is judged. Since we offer uninterrupted weekly service, perhaps I should just accept that every so often the universe tosses me a bone and gives me a half-day off. Actually given how I write the review and the teardown on the same day, I guess it’s a quarter day off? Anyway, thanks Doppelt So Clever for being so easy to analyze and comment upon.

The performance here is a shade worse than for Ganz Schon Clever, but they excel in the same areas and suffer likewise. The additional complexity of Doppelt So Clever has its impact though as you can see.

Doppelt So Clever is a notably better game than Ganz Schön Clever, even if it comes with some provisos and caveats. However, nothing in life is free. Doppelt has addressed some of the structural game problems with the original it has introduced new accessibility issues while bafflingly doubling down on some of the easiest to fix. Come on publishers, colour blindness shouldn’t be an issue in this day and age for a game like this and it’s not like you didn’t know it was a problem.

We gave Doppelt So Clever four stars in our review, although in the end it turns out that accessibility-wise we’d recommend the still problematic Ganz Schön Clever over its smarter younger sibling. That’s just the way it goes sometimes, progress is never linearly forward.