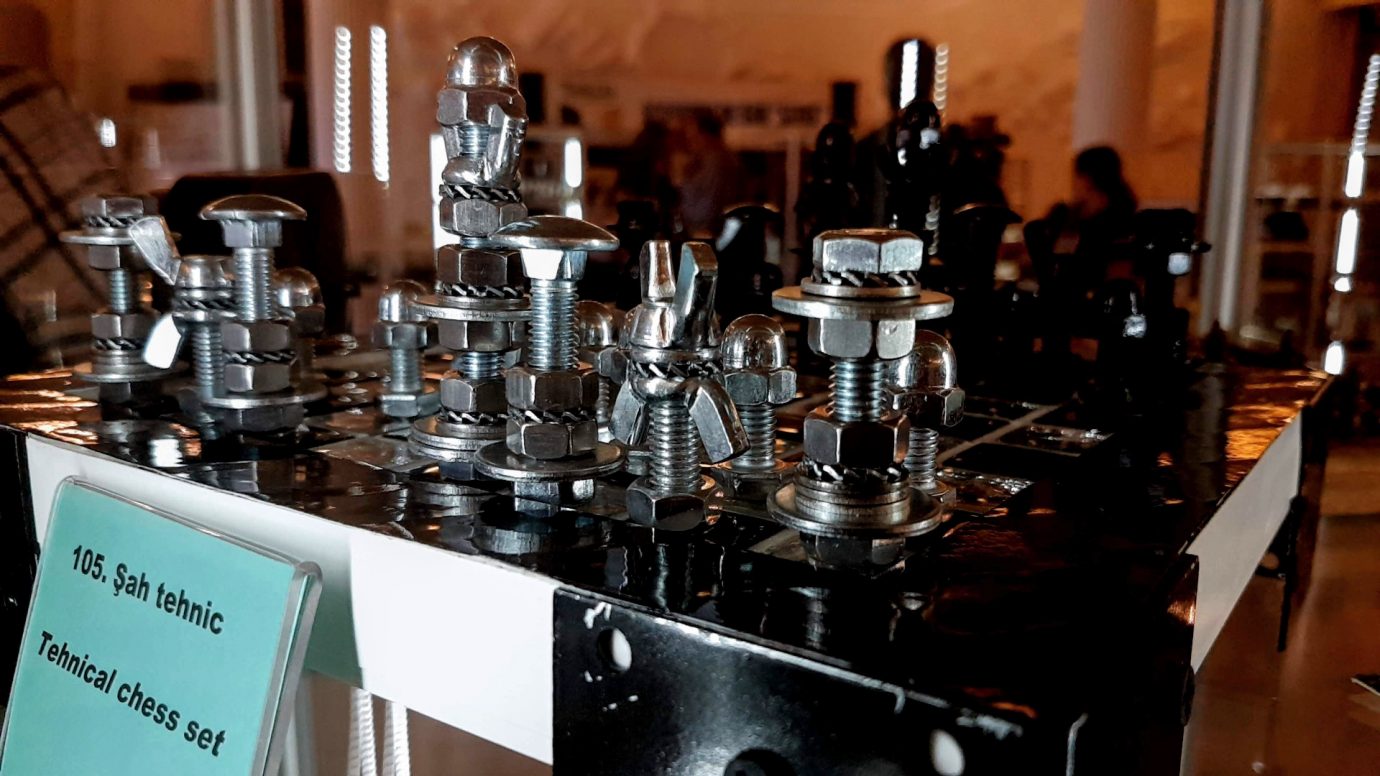 Mrs Meeple and I are currently in Bucharest, Romania and it is ‘pissing down’ as people say here. ‘A real brolly buster, what?’. That’s another thing people say in Romania. ‘Crikey, it is raining cats and dogs and no mistake’. Bucharest is full of colourful local idioms for rain.

Anyway, last week we were in Cluj-Napoca and as a matter of chance we wandered into a local museum exhibit of chess sets. They were lovely, and we took a lot of pictures and then put those pictures into a video for you. It might not be board games in the way we usually talk about them on the blog, but this was an unexpected treat and we thought you might enjoy it. There’s even an accessible chess set for the visually impaired in here, because we are nothing if not consistently On Brand.

There were some genuinely beautiful sets in there.

Also, Mrs Meeple was interviewed by Romanian TV (we think) while there – we’re not actually sure for what purpose but presumably we’ll find out when the footage goes unexpectedly viral at an inconvenient moment in our lives.