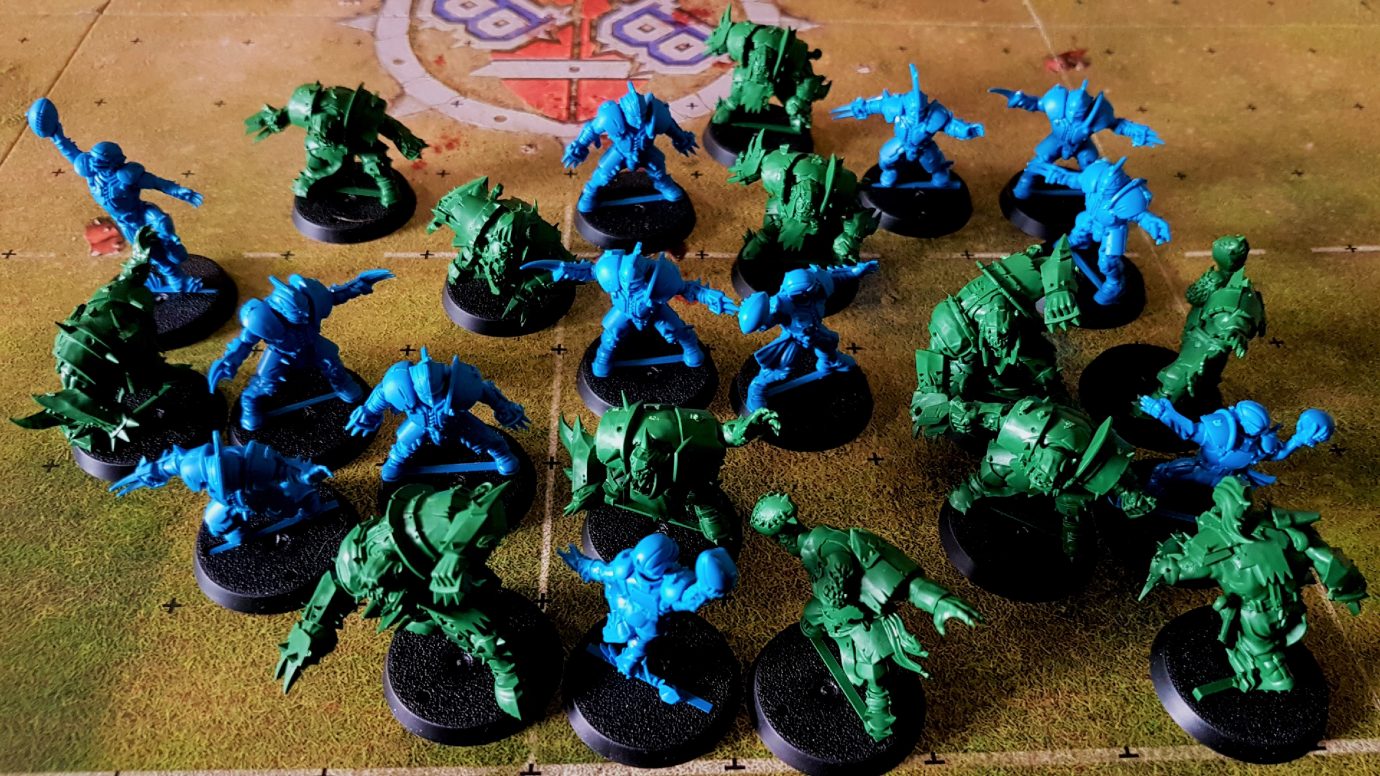 The Ballad(s) of the Fancy Lads

There’s a new reprint of Games Workshop’s Blood Bowl coming. This is a game I have only ever played the digital version of, and I’m absolutely going to pick it up. It’s a horribly random, frustrating game but it’s also one with moments of hilarious consequences. I was reminded of (two) such games today, and looked out the poems I had written to commemorate the occasions. I present them here, for your enjoyment, or otherwise!

With apologies to Ploosk (the handle of my opponent), Cyanide (who wrote the shitty software that resulted in a dialog I couldn’t dismiss, thus losing me the game), and the basic concepts of rhyme and scansion.

The Ballad of the Fancy Lads

A game of sport between two friends,
I’m sure you know the drill,
But all too late, I realised,
He was only there to kill.
I played the game the way I do,
With chivalry and pride,
But Ploosk, well he had other plans
To force my cheer aside
He seemed to disregard the ball,
In monstrous fists he dealt,
Every time I tried to run,
A monstrous foot was felt
By the end, my team was done,
There was little left inside,
They’d been splattered o’er the Bloodbowl pitch,
And three of them had died.

‘Alas’, said I, ‘They are no more’,
‘I shall field a stronger foe’
And so Dr. Drakkos’ Fancy Lads,
Were up and raised to go.
The match began with little joy,
His stunty sneak had scored,
A two turn touchdown, in my face,
I wailed and moaned and roared
But then, at once, Fortune she changed,
The Lady blessed my rolls,
In ones, and twos, and threes and fours,
I ground and crushed their souls 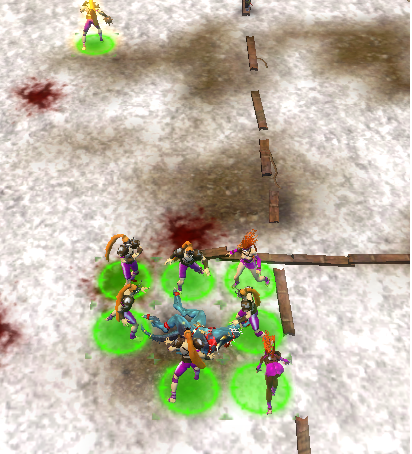 By the end, his side was two,
Payback is a bitch,
His lizard man, he tripped and fell,
And got stretchered off the pitch
One more turn, and one more foe,
The fancy lads drew round,
The lizard was a twitching wreck,
Sobbing on the ground.

My defeat had been too personal,
Of that I made no bones.
As of one, we raised our boots
To kick him in the stones
And there he went, that reptile foe,
His scrotum split in twain,
‘Oh no, no more’, wailed little Ploosk,
‘I cannot stand this pain!’
But that was not for me to say,
It is the gods alone who choose,
What happens when none are left to play?
(as it turns out, they lose)

The Second Ballad of the Fancy Lads

We played a rematch. Because of course we did

Another day, another game,
we faced across the field.
Goblins stood, with evil eyes,
Their secret props revealed.
‘Uh’, said I, ‘Are you sure’
‘This team you wish to try?’
‘Yes, I am’, came Ploosk’s reply,
‘We’ll kick you ’till you cry’
The whistle blew, the ball let fly,
The brutal fight was joined,
A chainsaw’s blade, a ball and chain,
Were gainfully employed
‘Alas’, said Ploosk, his visage grim,
‘My troll was decked by chain’
The troll was lying on the ground,
A rhapsody of pain.
I danced my little elves away
From each goblin’s flailing ball,
And then my runner turned and made
His way towards the wall
The goblins raged, their weapons sharp,
They were beaten soundly back,
One by one, they fell in shards,
Shattered by each whack
And then, I score, the whistle rings,
The crowd erupts in cheers,
The dirty filthy gobbos though,
Are poetry in tears.
The referee ejects a pile,
And they shuffle from the stage,
And now, a mere six foes are left,
To stand against my rage.

Stand they try, and stand they fail,
Six whittle down to one,
But he’s a champ, this little lad,
And ready to have fun.

He downs a tree with breathless ease,
In a thrilling battle bout,
It’s a bit unfair, in retrospect,
We kicked his kidneys out

We won by a country mile,
No chance for Ploosk to win,
But then, cruel fate, she intervened,
And I kicked my system in.
Little Ploosk. he squealed with glee,
And I screamed in my rage,
Shitty coding of the game,
Had broken my death cage 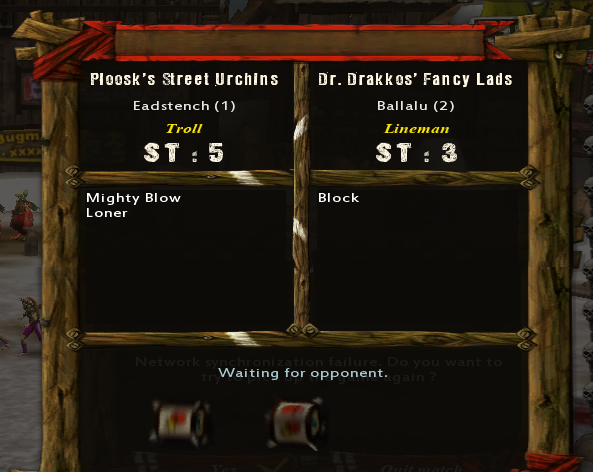 Still a win for me it is,
No man could fair deny,
But Ploosk, well he’s a total dick
And I’m sure he’s going to try.
A goblin team is hard to play,
Regardless how you roll,
Chance are you’ll only find,
Your guys eaten by your troll.