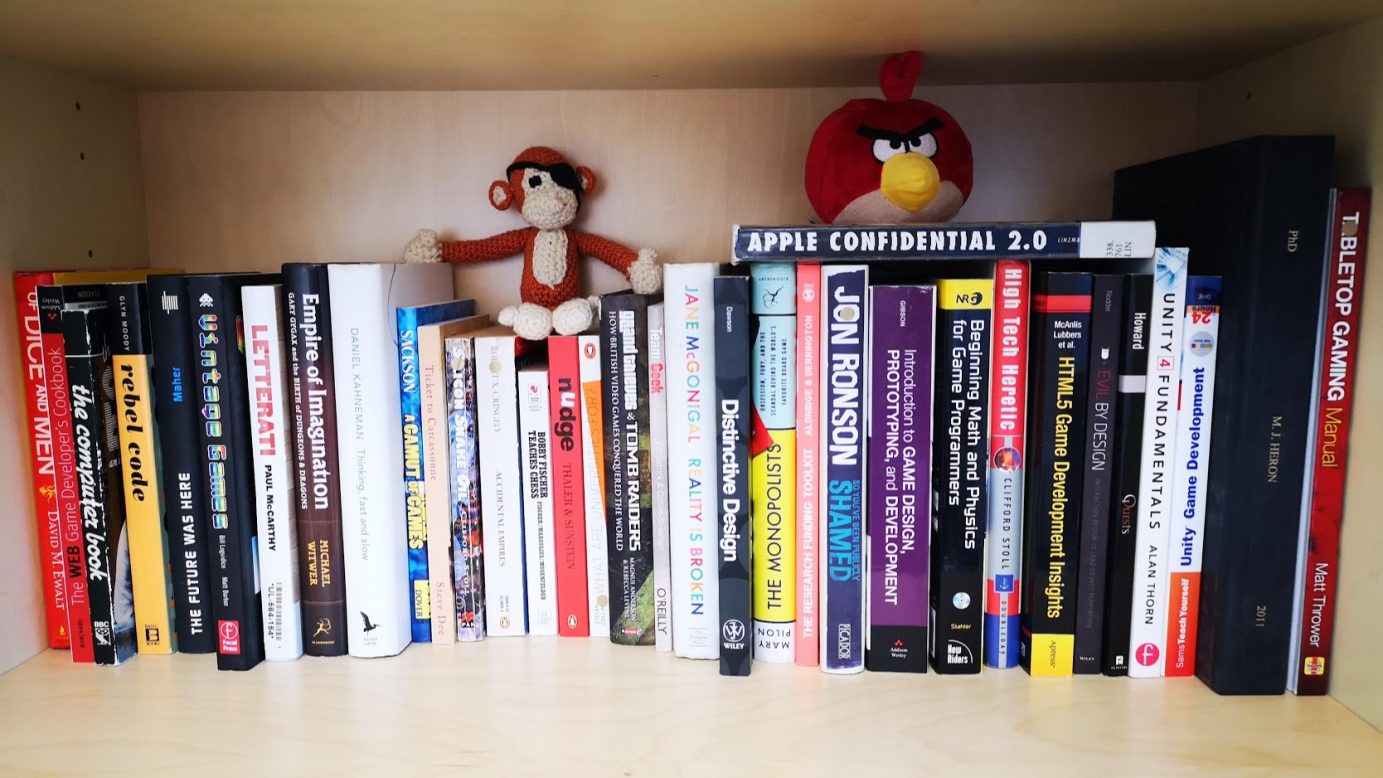 For the second half of this list we’re going to take a somewhat different tack. Now that we’ve talked a fair bit about games, let’s talk about fun.

The idea that humans, and human ideas, are driven by rationality is a long-standing myth of economics. The term homo economicus is occasionally used to describe the expected behaviour of human agents in formal systems. We are thoughtful and make decisions aimed at increasing our own status for the minimal expenditure of effort and resources. Our decisions are founded in rationality, and our evaluation is so precise that it leads to optimal decision making in the context of the information with which we are provided. Whole economic systems (like Capitalism) have this assumption at their core.

It’s absolute bollocks, and if you design games around an expectation of rationality you’ll find that it simply doesn’t work.

Predictably Irrational is an incredibly readable book about social psychology and it has one key thesis threaded through it. ‘We behave irrationally, but in predictable ways’. It’s an exploration of our various cognitive biases, our broken economic evaluations, and our counter-intuitive responses to even simple situations. If you don’t know about concepts such as asymmetric dominance, framing, anchoring, the reciprocity effect, or the endowment effect… well, let’s just say this book is going to open every single eye in every single head you have. And it’s going to keep on opening them until your entire forehead is nothing but a big eyelid.

I first encountered the author of this book when he gave a truly (unintentionally) dystopian overview of a world where gamification drove everything. Luckily gamification in most situations is bunkum – all ification and no game. His book is a lot more grounded in reality, offering a hundred different perspectives from which anyone should evaluate any game design they put together. Essentially it’s a list of thought exercises, and each and every one gives you a powerful tool for thinking about your game or analysing the games of others.

Lots of disciplines teach the importance of viewing things from different perspectives. Sometimes this is physically walking around a real world artefact and examining it from all kinds of angles. The Art of Game Design is the philosophical equivalent of that and it is a powerful way of finding strengths and weaknesses you didn’t even know were there. Asking even simple questions like ‘How is a player supposed to know this is a possibility’ can yield benefits far in excess of the time cost of the question.

As in any fast moving field, books lose relevance very quickly. The Java textbook you bought five years ago is already obsolete. The best game design books don’t talk about industry practices, technology or design documents for emerging fads. They talk about old truths that are perpetually rediscovered by subsequent generations. The Art of Game Design is full of those old truths.

Predictably Irrational will open your eyes to how ‘rational decisions’ are anything but, but it’ll leave the wider philosophy of economic theory untouched. Thinking, Fast and Slow will demolish the other parts of the equation – those related to effort, and optimising costs. Make no mistake, games are economic systems through and through. They all involve an investment of time and effort – a cost, in other words. They all have a benefit – fun, you hope. That equation balances in weirder ways than you might think because our minds are ruthless cost/benefit optimisers and often act against our longer-term interests.

This books shares some territory with Predictably Irrational, but broadens the scope of inquiry considerably to incorporate the dichotomy between the ways we think. It discusses the way we deal with our conclusions that come from the limbic system – quick, instinctual and shallow. It talks about how our evolutionary firmware will kick complex decisions upstairs to our deductive and logical processes. And it talks about how those two systems communicate, and miscommunicate, when faced with information drawn from the environment. It talks about the difference between the ‘experiencing self’ and the ‘remembering self’ and how that informs how people actually remember the way they feel about their lives… or about the games they play.

Thinking, Fast and Slow is a wonderfully insightful book anmd proivides some of the most important content on how people think and feel… and those are two of the key domains within which games function. It’d be a good idea to be conversant with the complexity.

#2 – Flow: The Psychology of Optimal Experience

No list of recommendations for books about gaming would be complete without including the phenomenally influential work of Mihaly Csikszentmihalyi. If you’ve ever wondered about the ‘one more turn’ effect that you feel viscerally when playing certain games, this is the book that explains what’s happening. It’s all about the balance between skill and difficulty, and how creating a context for incremental improvement against concrete goals can short-circuit much of our psychology.

Daniel Kahneman in Thinking, Fast and Slow talks a lot about how we are ‘cost averse’ – that we will look for opportunities to not expend effort on that which is effortful. That’s why people procrastinate rather than just knuckle under and do something they don’t want to do – it’s the mind looking for less costly ways to avoid doing something that takes an unwelcome amount of energy. It takes energy to focus on doing something we don’t want to do, and we only have a fixed budget in that reserve.

Where Flow comes in is as a state of mind where activity is not effortful – that the mind has the perfect balance between being challenged to do something and being able to do that thing. In other words – this is the state that every game designer is hoping to insitil in their players. It’s difficult to do and fragile when you achieve it. It’s something where as a designer the best you can do is create the circumstances under which it can happen by removing the things that prevent it. Then you hope the rest of the magic happens through your game design.

Do you know how to do that? No? Well, maybe pick up this book and rectify that important gap in your understanding.

Raph Koster’s ‘theory of fun’ is the book that has influenced me the most in my own approach to game design and game analysis. In it he poses one key hypothesis – ‘games are fun because learning is fun’. He talks about games as engines for generating circumstances under which interesting patterns can be presented and interesting puzzles can be solved. He argues that fun has a long-standing evolutionary benefit, noting ‘the young of all species play’. Lion cubs learn how to hunt by playing games. Dogs learn how to socialise through play fighting. There seems to be something in play that gives a survival edge, and it’s not surprising in that respect that it should be intrinsically enjoyable.

So, if games are fun because learning is fun, how do we leverage that insight into designing fun? We all know from edutainment software that it’s not as simple as gamifying learning. What is the actionable insight that we can leverage?

That’s what this book will teach you, and in the fifteen or so years since I first read it I have found its lessons to be relevant again, and again, and again. It has shaped how I approach games as a designer, as a developer, and as a critic. You’ll find its philosophy threaded through this site, and if you read this book you’ll recognise it every time you see it. Whenever I discuss how a game doesn’t give you interesting decisions and why that’s a problem… it’s Raph Koster I’m channelling because he was the one that first conveyed to me the importance of that.

It’s not #1 on this list because it’s the best book in the post – this isn’t a ranked link in that sense. But if was ranking them, you’d probably see A Theory Of Fun in exactly the same place.