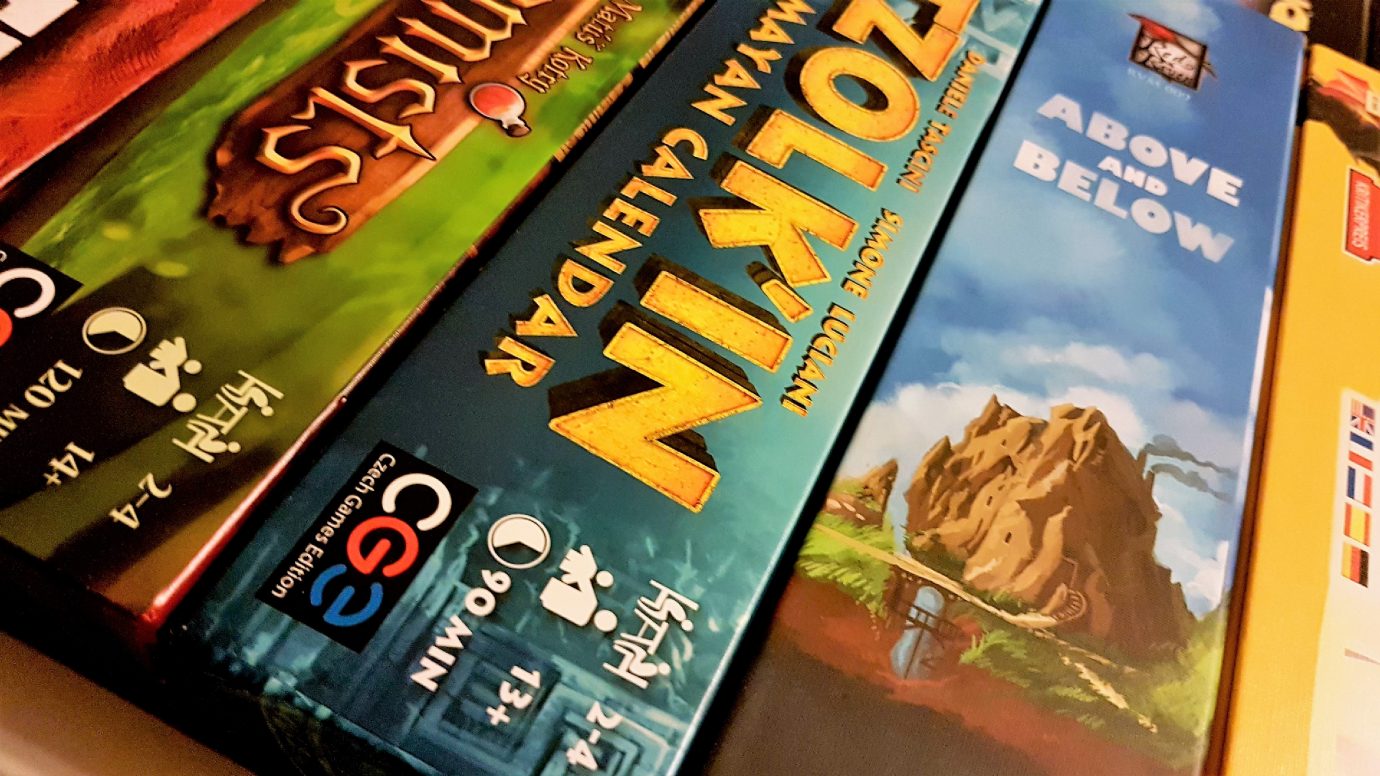 On Board Game Accessibility

by Michael Heron on 06/04/2016 in Board Game Accessibility, Editorial

I believe that game accessibility is important, but it’s often difficult to convince people of it. Full participation in popular culture offers an important opportunity for people to build cultural capital and socially integrate with others in a community. For youth in particular, cultural literacy involves a wide-variety of transmedia products, encompassing movies; music; novels; video games; and board games. Appreciation of modern popular cultural products is no longer simply a passive act of consumption, but instead a process of individual and communal construction through interpretation, debate and an emergence of collaboratively constructed critical perspectives. Appreciation of popular cultural products facilitates the building of common conversational ground, and permits friendships to accrete around a set of shared cultural experiences. It is not however the case that all individuals have equal opportunity to participate in this process. Many cultural products, popular or otherwise, remain either physically or sociologically inaccessible to large segments of the population. For some, this may be a case of simply not seeing how cultural elements have value. For others, the value is apparent but the products themselves are exclusionary because they do not, or cannot, take into account physical and cognitive impairments.

Most industries have made considerable effort to increase the accessibility of their products, for example with close-captioned movies or television shows; or books on tape or braille. Gaming products though remain in many cases obstinately inaccessible. The difficulties and complexities of developing accessible video games are now receiving some attention from the industry. Progress is being made, albeit at too slow a rate to generate great enthusiasm. However, gaming as a recreational activity encompasses a wider range of forms than popular video games. There exists a vibrant, and growing, renaissance in the area of tabletop board and card games. The past twenty years have been the best years that the industry has known in terms of economic impact and popular appreciation. The stuffy reputation of board games as being centred around old family classics such as Monopoly, Cluedo and Risk is being replaced by a marketplace of innovative and impeccably designed modern titles with a distinctly international feel and appeal. Games such as Settlers of Catan, Carcassonne, Pandemic, Ticket to Ride, and Dominion have each spawned dedicated followers of fans, and inspired hundreds of talented designers to focus on developing new titles and innovating upon the ones that have come before. Buoyed by relatively easy access to startup capital through crowdfunding platforms such as Kickstarter, the hobby game market in 2017 swelled to an estimated $1.4b in sales in the US alone, with over $300m of that being directly linked to board games. It is difficult to truly put a figure on the current size of the industry, but there is every reason to expect that it will continue to grow by double digits on a yearly basis for the foreseeable future. Despite the significant growth of board-gaming as a vibrant hobby, there is very little academic or commercial research into how to make it more broadly inclusive.

Board gaming represents one of the easiest ways for groups of people to sit down and enjoy a shared gaming experience, with relatively little cost and with considerable opportunity for building social capital between friends and relatives. There is a growing body of evidence too that suggests beyond offering opportunities for friends and family to enjoy each others company, gaming (and board gaming in particular) offers an effective avenue to explore play therapy interventions. However, board gaming lags considerably behind even video gaming when it comes to the accessibility of the products that are on the market. Game accessibility is a multi-channel challenge where subtle and nuanced interactions of impairments may create complications as a result of intersectionality. This means that there is rarely a single correct compensation, especially when considered within the context of the complexity of formal rules-based systems such as board games.

For those with physical impairments, it is often simply not possible for them to fully engage with a game without the intervention of a third party. Most board games are physical products, with spatially complex game-states and multiple, often small, components that are interrelated in often subtle ways. A standard card-game may require multiple players, each managing multiple decks of cards, with some communal representation of game-state between them. Some games require the physical flipping of game tiles, and the layering of visual markers on these as the game state changes. Others require a constant stream of collection and discarding of small cubes, and the placement of small figures (known in board gaming jargon as ‘Meeples’) within a spatially complex and state-dependent representation of a fantasy city. Some games require the ability to take a long term view from an elevated position to consider the strategic implication of decisions.

Game-states are often represented in heavily thematic ways. This disadvantages those with visual impairments. Font choice may be sub-optimal for readability, or the sheer number of choices on a board may require text size to be uncomfortably small. Many games involve lots of components, some of which may be colour-coded, or difficult to make out against the backdrop of the game-board. The physical orientation of pieces played on a board may have special meaning, so even if symbols can be visually ascertained, they may have subtleties of positioning that complicate interpretation. Cards may have considerable amounts of text, densely written and full of complicated instructions.

Those with cognitive impairments encounter more problems – rules may be complicated or heavily state dependent, resulting in complex compound conditionals such as ‘If the villain has this card in their deck, then all attacks of this particular type are at +1 for this round only, but if they have a different card then all damage they do is at -1 unless it’s an electricity based attack’. Such rules are difficult enough for most of us to fully understand, and in some games where the rules themselves are modifiable familiarity with the base rule-set will not meaningfully simplify the cognitive cost of participation. Similarly, game-state itself might be complicated – even if the rules are simple, the end stages of a game may involve highly interrelated physical state, where ascertaining the best way to contain an escalating situation is part of the logic puzzle involved. Many games embrace failure as a likely outcome, which can add an additional level of frustration for those that feel already disempowered by complexity. Most require specific symbols, locations and orientations of both to have particular meaning within the game-state, adding a burden of recall on the player to understand not just the game-state itself, but the abstract mechanism that exists for representing it.

There exist a variety of accessible versions of games such as Chess and Monopoly. These are well-meaning but at best a partial solution to the problem because they do not address the issue of full participation in popular culture. Accessible versions of chess, Monopoly and Scrabble are welcome but limiting people to these titles severely restricts the scope of participation in board gaming culture for those with impairments. There exist some bespoke projects to offer accessible versions of modern board. However, such solutions are also only partial because they are of use primarily to the blind, and only to the subset of blind players (estimated by the National Federation of the Blind to be around 10% of the legally blind population) that are conversant with braille. Even within this limited solution space, the nature of braille means that certain long text passages would not be possible to convert into a tactile format within the narrow confines of a physical token or card. A real, lasting solution must involve raising everyone to the same standard rather than attempting to create different, incompatible categories of accessible games for those with impairments, or to focus on ineffective compensation strategies such as braille dice or overlays.

This site is, in part, aimed at helping address these problems – we’ll be talking about the research we’re doing on the topic, the work we’re doing with students, and also examine the game accessibility issues associated with popular titles available today.