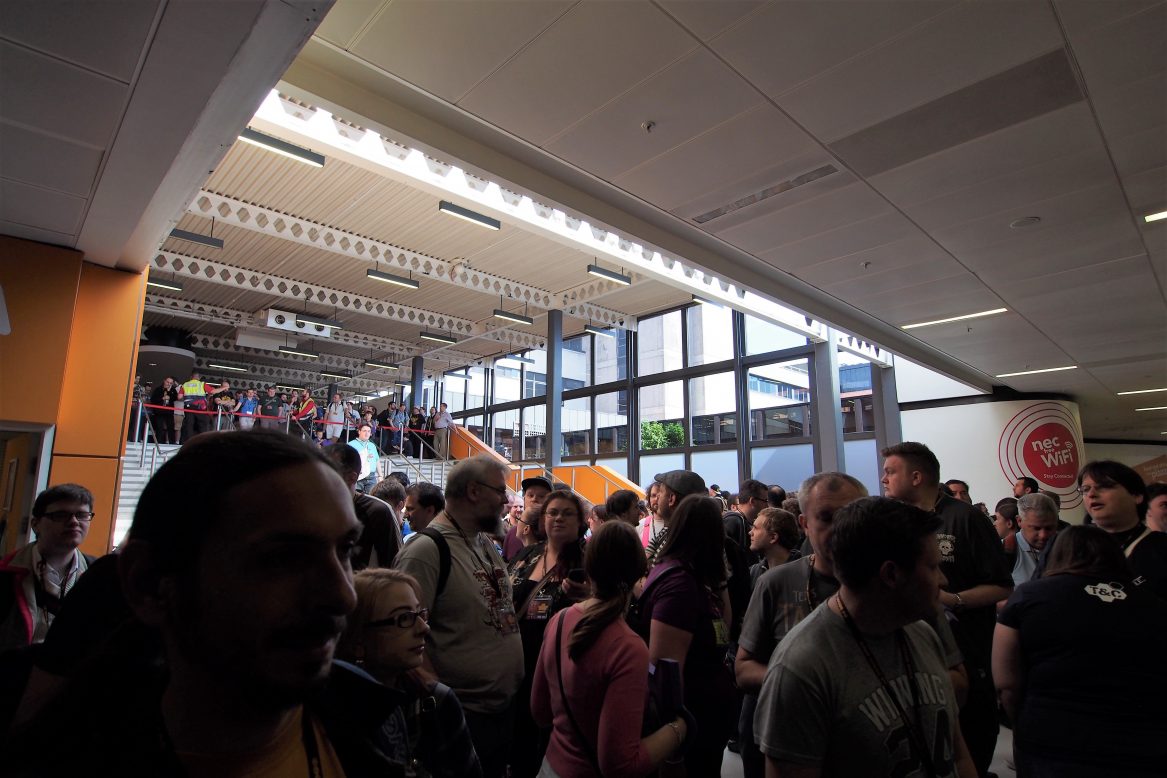 We’re doing a board game accessibility seminar at UKGE 2018!

by Michael Heron on 01/03/2018 in Board Game Accessibility, Special Feature

Some of you may recall our coverage of UKGE 2017 which began on a negative note and became considerably more cheerful as time went by. Well, gluttons for punishment that we are – we’re going to be back at the UKGE for 2018 and we’re going ALL IN.

Or rather, we’re going a bit farther in. 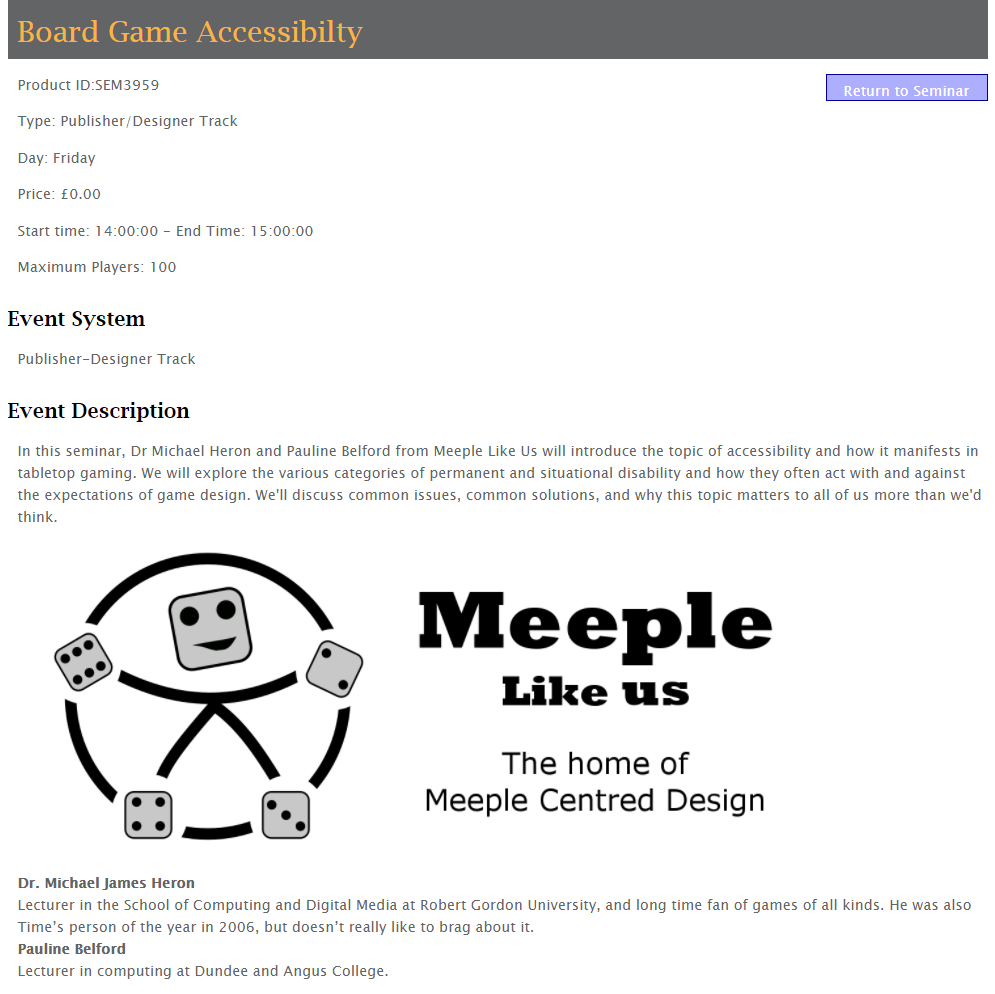 On Friday the 1st, at 2pm, we’ll be delivering a seminar on the topic of board-game accessibility. Obviously as you might expect from the whole focus of this blog, this is something we think is massively important and being able to talk about it at a large event like UKGE is a really big deal. We really want this seminar to be a success, which means that for the next few months we’ll be plugging it pretty heavily, We would be extremely grateful if you could plug it too if you know anyone that might find it useful. 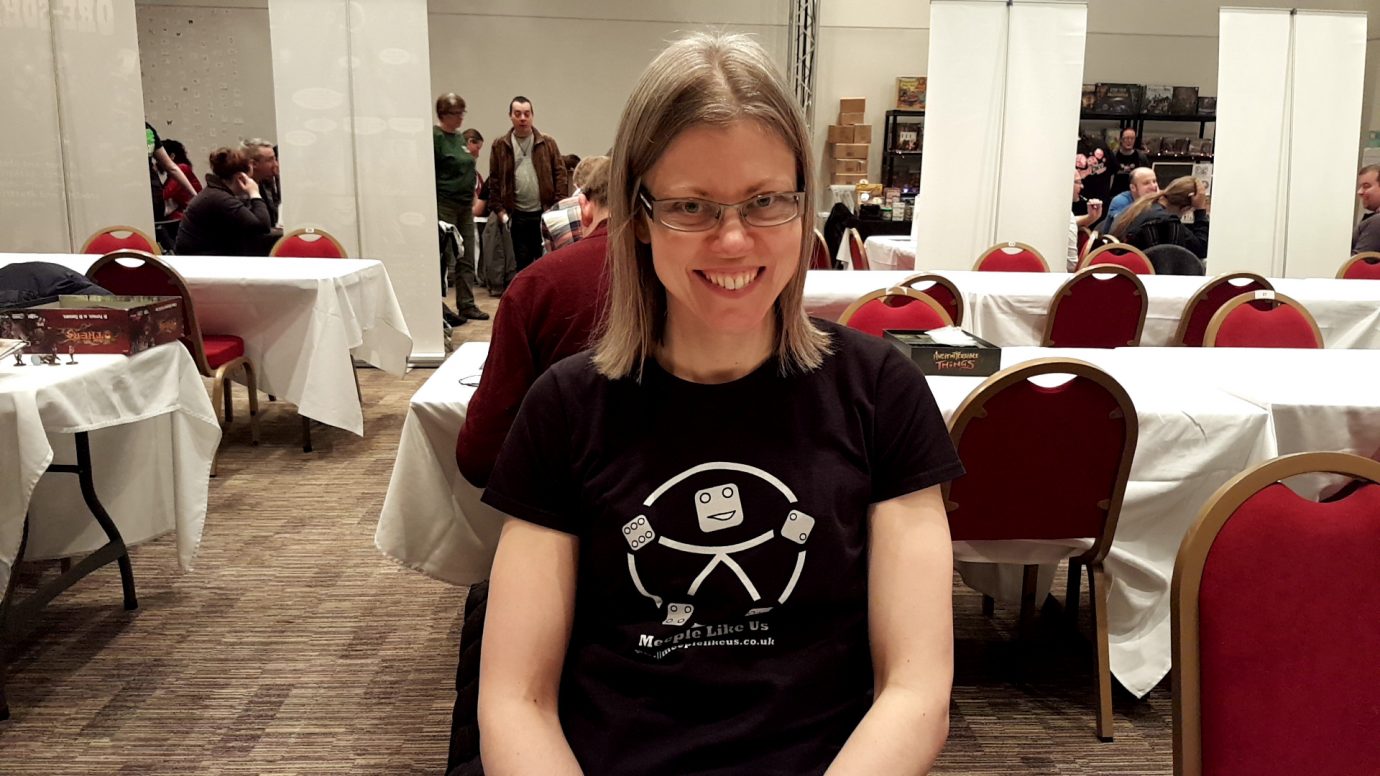 The plan is for the seminar to open up with an introduction to the topic and a focus on the specific elements of tabletop design that make this especially tricky. Inaccessibility is often where you find the fun, after all. We’ll look at ways to improve accessibility and common mistakes that tend to reduce it. We’ll be looking at accessibility in terms of permanent disability and the situational impairments that we all encounter on a day to day basis. Beyond that, I have no idea what form or shape it’s going to take – that’s what the next 100 days are for! Maybe we’ll panic and try to do it as freestyle rap battle. Maybe we’ll do it like a puppet show. Perhaps it’ll end up being a train-wreck of interpretative dance. Maybe we’ll do a Dancing in the Dark tribute and haul an unsuspecting designer out of the audience and onto the stage to teardown their game. We’ll be as interested as anyone to find out how it eventually shakes out. 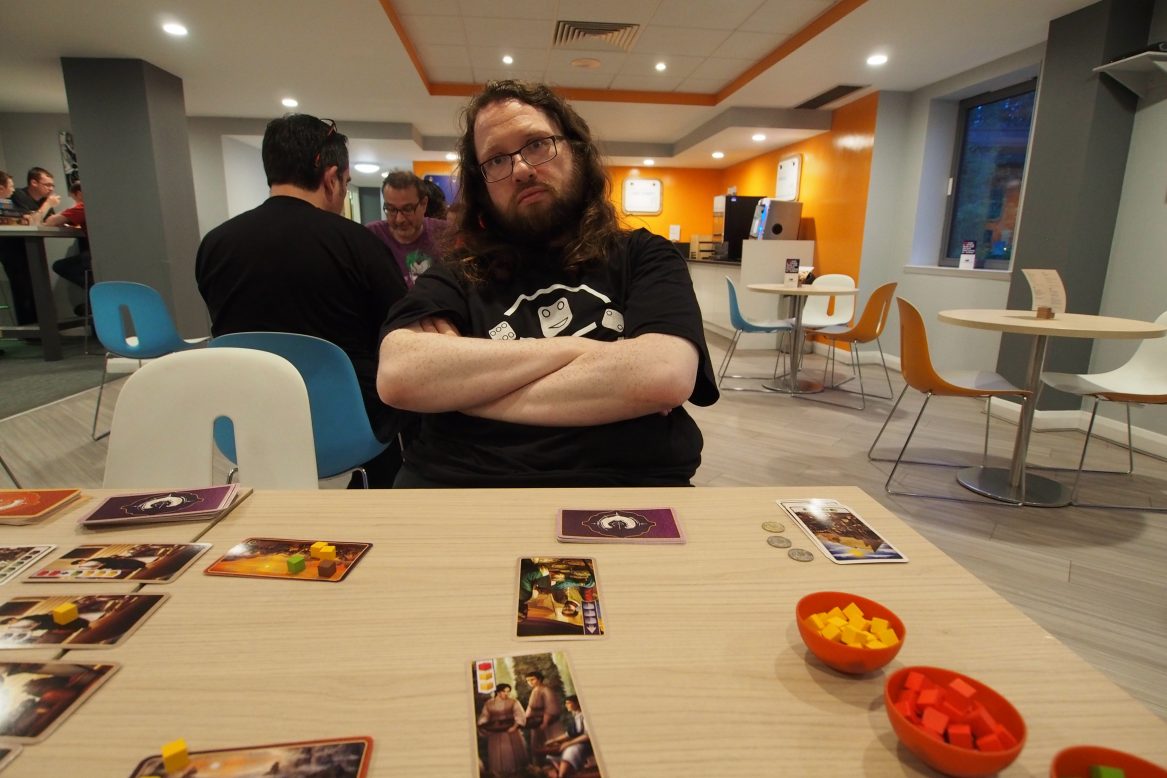 If you’re going to be at the UKGE we’d really appreciate if you could come along – if you have specific topics you’d especially like included then drop a comment below and we’ll see what we can do.

Also, we’ll be around a fair bit over that weekend and I don’t want to make the same mistake that we did last time by saying ‘Oh, I’m sure we’ll see you around’. That doesn’t work. It’s awful. You never see the other person, you just get to where they were and then hear whispers that they have moved on somewhere else. It’s like tracking Carmen Santiago after some kind of board-game heist. As such, hit us up on Twitter, Facebook, or here in the comments to let us know you’ll be around and we can make Firm Plans to meet up where possible!

Hope to see lots of you there!