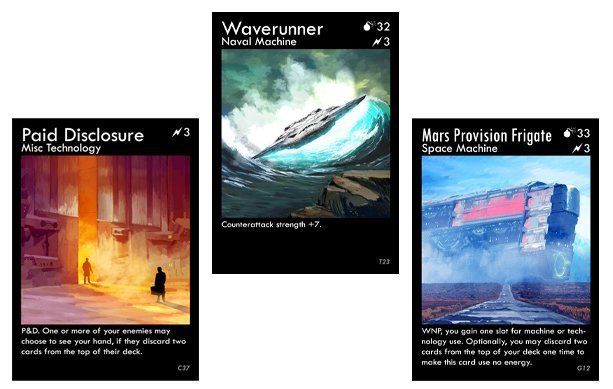 The following post is a guest contribution from Brandon Rollins, who is launching his Kickstarter for War Co. today. The thoughts and opinions expressed are those of the writer and not those of Meeple Like Us.

You can find our initial impressions of War Co here.

My name is Brandon Rollins. I’m making a card game called War Co., which is coming to Kickstarter on August 15.

I’m not an expert on accessibility. I am, however, someone who’s paying attention to the board game community and the way more and more people are getting involved every single day. I want as many people as possible to be in on the fun.

Board game design is a long and involved process that requires a lot of play testing, iteration, and – for self-publishers like myself – managing business resources. The lofty and noble goal of making games more accessible to larger audiences seems daunting, which makes it tempting to leave it on the back burner.

Making games more accessible doesn’t have to be that hard. Through my own observations of board games and the communities that enjoy them, I’ve come up with five simple ways game designers can make games for more people. These aren’t the five most effective ways or even the five easiest ways, they’re just five ways we can all understand and act on.

I’m 23 years old and I have 20/20 vision. For all intents and purposes, all text in board games should be clearly readable by me without changing position or turning on lamps until my apartment is aggressively bright. Yet so many board games seem to use 6-point or 7-point text to fit a lot of data into small places.

Based on my purely anecdotal experiences, I believe two things. First, the average board gamer is in their mid-to-late 30s. Second, a lot of people start needing glasses in their late 30s and 40s to read. It would do a great many people in the board game community a lot of good, not just those with serious visual impairments, to bump up (or even 12-point). If you can’t fit your text on your game at that size, consider simplifying or rephrasing your text.

2: Be Mindful of Color Blindness

In short, if you’re a designer, don’t rely on color as your sole indicator of a certain form of information! It can be a great signal to the 95% of people who can fully appreciate it, but to the others, you’ll want to communicate with shapes, symbols, or patterns as well.

An example everyone can intuitively grasp: traffic lights in the United States almost always have the red light at the top and the green light at the bottom. Even a green-red colorblind individual knows when to stop and when to go!

A lot of people have trouble picking up small objects. This can be for a variety of reasons: poor motor control, shaky hands, and a variety of illnesses and personal quirks that would take forever to enumerate. Make your components as big as you can, bigger than you think they need to be. If you have a lot of pieces that have to be small in length and width, at least make them thick, like cubes. Bonus points if you can make your components have different textures.

Personally, I prefer pieces to be no less than a half-inch by half-inch (or 1.25 x 1.25 cm). That preference may be higher for individuals who have trouble with small parts. Do the best you can with your packaging and playability restrictions.

This is a hot button issue, one that very frequently finds its way up to the top of /r/boardgames, Board Game Geek, and Twitter. Speaking about it also a consistent way to ruffle some feathers.

I’ve noticed two unfortunate quirks of board games: women are frequently depicted in revealing clothing and women are not depicted as frequently or prominently as men. I wouldn’t call these quirks sinister, but I do think we need to acknowledge their prominence and look for better ways to communicate.

The former is a marketing trick, and one that works. It can turn away some women when there is gratuitous sex appeal that doesn’t serve the theme of the game. Sex appeal can be acceptable in a larger picture, just don’t show skin to attract the male gaze and nothing else. It makes women who would otherwise like the game a little less likely to play because it’s uncomfortable. Be mindful. Be considerate.

The latter may also be a marketing issue. There was a humorous bar graph floating around saying that sheep were more likely to be depicted on board game boxes than groups of women. That doesn’t mean “shoehorn women onto game boxes” but rather “depict different groups of people in your game, unless it breaks your theme completely.” People like seeing people who like them – don’t underestimate the power of this!

A lot of people who play board games have a hard time remembering everything they need to remember. Some people have memory issues, and others simply play board games when they’re tired, stressed, or overworked. To remedy this, make sure that you have elegant ways to keep track of different game events, especially if these ways are physical. You want to make sure players have to memorize as little as possible to play. If you have to add pieces to facilitate this, strongly consider it!

You don’t have to make your game any less complex – just make sure it’s not arbitrary in its complexity.