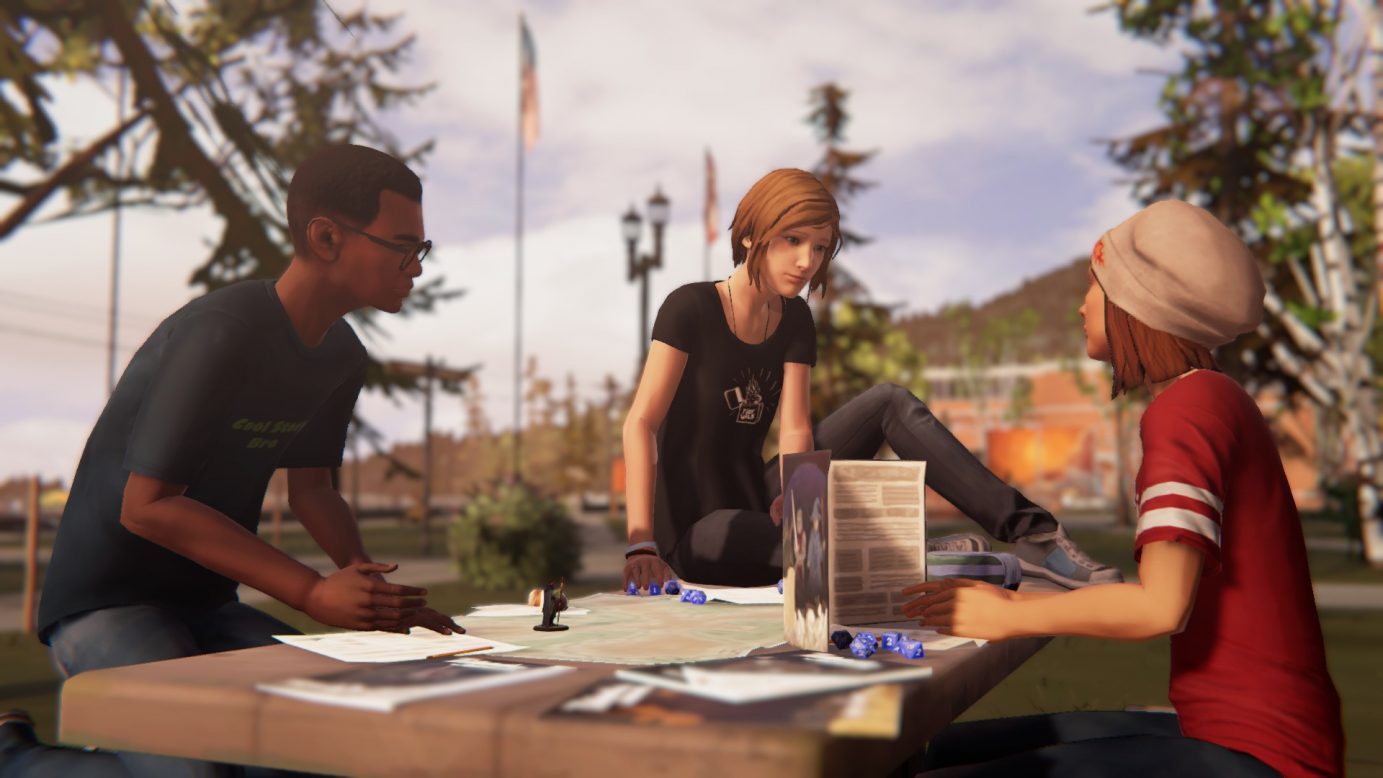 Life is Strange: Before the Storm

I cannot easily express to you how much I love Life is Strange. Yes, the first game had a rough first episode and some of the writing was inescapably shaky. It was episodic though and it got better over time as it changed in line with fan reactions. Life is Strange for me is a ten out of ten game that began as a six out of ten game. An eight out of ten overall with some moments that left me weeping openly at my computer desk. 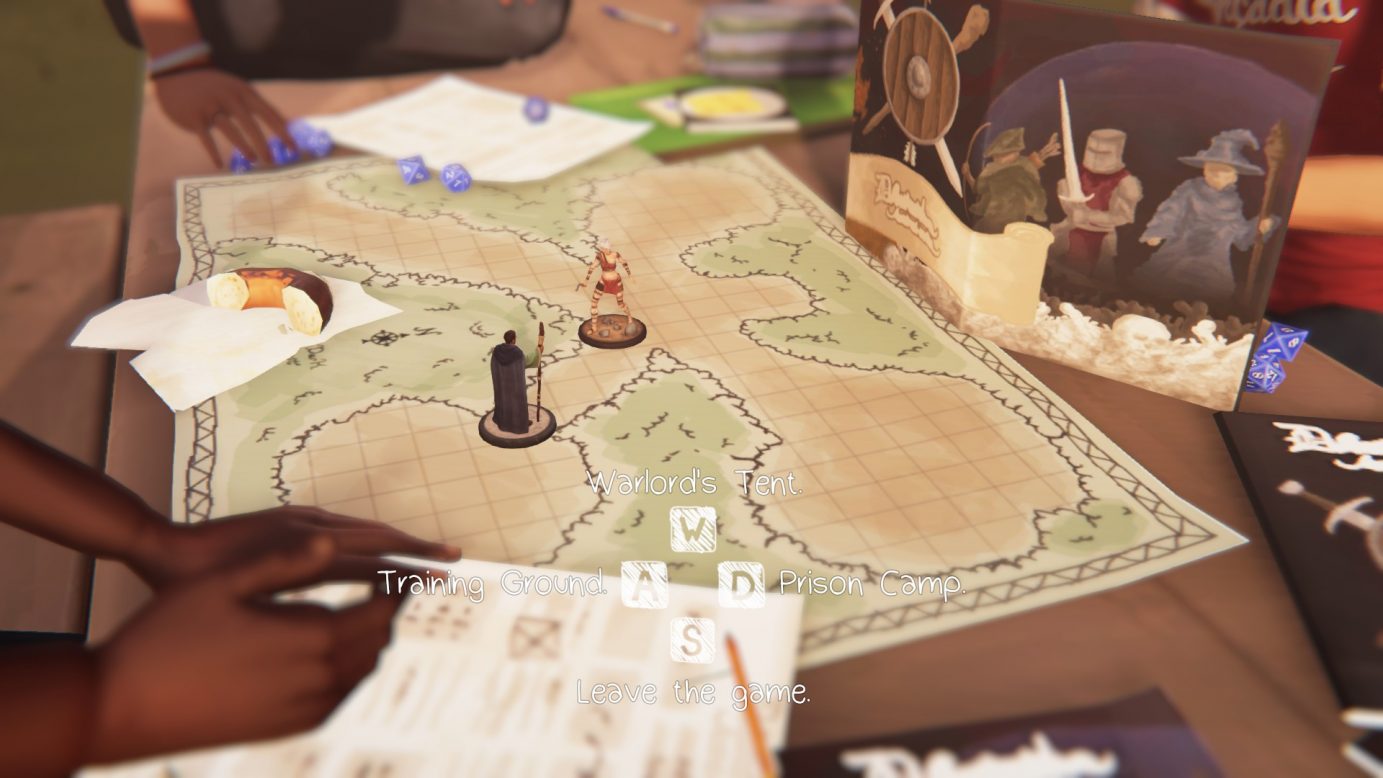 Then a followup was announced. Life is Strange: Before the Storm. A prequel set before Chloe and Max reunite. And I was utterly unmoved. Life is Strange is the story of Max and Chloe. If Max isn’t wasn’t in it, it wasn’t Life is Strange. And yeah, I loved Chloe enough to make some very difficult choices in the end of the original but I didn’t see there being much merit in exploring her backstory.

Forgive me, I was so wrong. If Life is Strange is an eight out of ten game, Before the Storm is a twelve. It is amazing and it opened wounds in my heart that I’m not sure will ever heal.

But that’s not why I think you’d like it. I think you’d like it because there are several sections in it where you dispense with the main plot and just play through a Dungeons and Dragons campaign with some of the characters. It’s not presented as a big deal. It’s entirely optional. You can probably play without even realising it’s possible. But it’s extraordinary and I would adore a game that was just this. Like Telltale’s Poker Night at the Inventory but playing D&D with my best buddies in Arcadia Bae.

Imagine a roleplaying game where instead of rolling dice for damage you made up complex words from scrabble tiles – the better the word, the more damage you do. Special attacks are handled by including specific, colour coded letters. Some enemies destroy some of your tiles, or freeze them in ice, or make them poisonous to use.

Now imagine you’re a worm traveling through several worlds rich in mythology, seeking to rescue… I can’t even remember who or what. This is a game that is all about the words. It’s such a clever idea, so well implemented, that I think anyone that enjoys word games will fall in love with this scrappy little title. It’s an RPG with the soul of Paperback and the hard-edges of Scrabble. 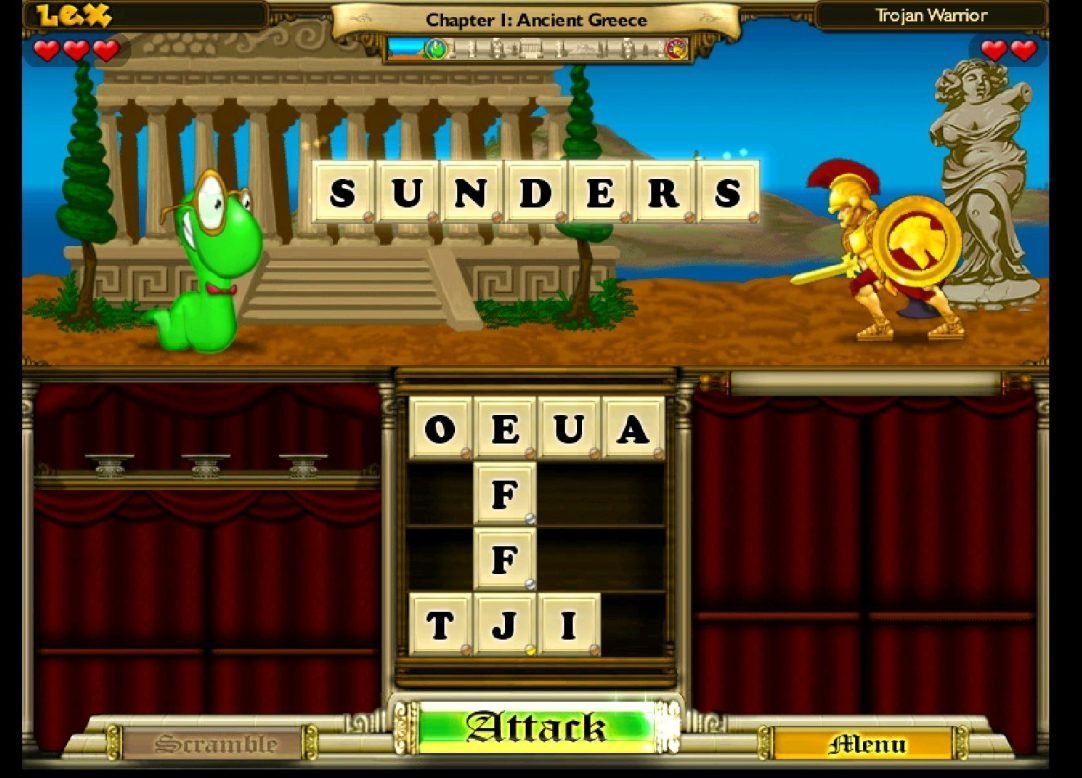 Unfortunately it’s just… really old. Twelve years old, I think, and as such it’s a little bit tricky to actually buy. I don’t think it’s available on Steam any more unless you bought it back in the day and I don’t think it ever got a mobile release. This is one of my favourite games of all time, but I can’t ask you to buy a game you can’t get any more. If you do find it passing your way though, snap it up.

I found it hard to come up with a compelling reason as to why you’d like this, but I hold to it. I can’t really articulate the connection though so I’ll just say ‘Hey, trust me on this one’. Duskers is a weird little game where you are exploring a post-apocalyptic universe with nothing more than some remotely operated robots that you send aboard dead and dying space-ships to recover supplies and technology. Oh, and you control it all through typed instructions – which means when suddenly your robots get attacked by unexpected and mysterious enemies you’ll find the surprise and panic undermine even the most precise of touch typing. 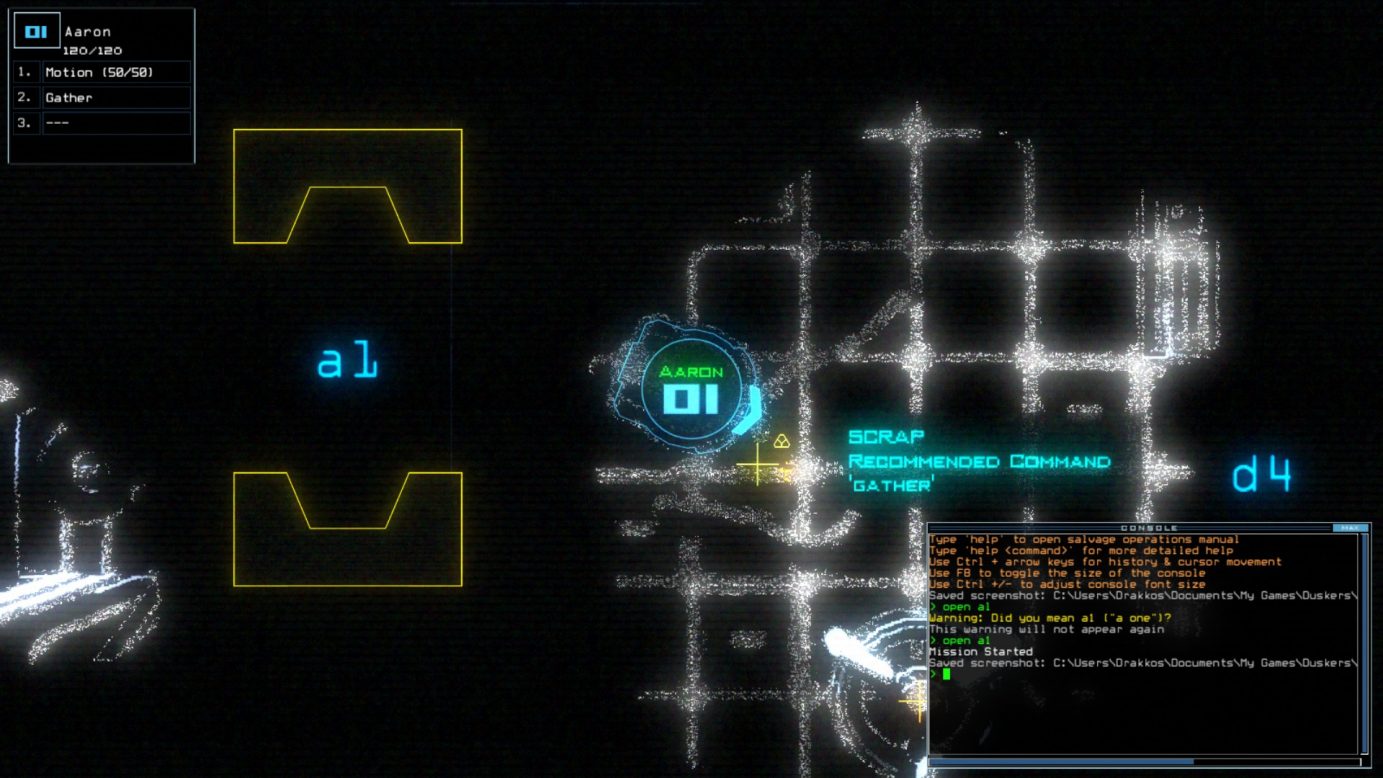 Duskers is an extraordinarily tense game – your robots get only a murky and partial signal from inside the ships, and the scanners will constantly ping with the threat of hostile contact. You have to work out how to secure the internals of the derelicts to permit safe travel and make sure that you don’t mistakenly open the wrong door at the wrong time and render your entire expedition lost to signal entropy.